Trainer Brad Widdup believes speedy filly Mareeba is in at the right time of year and expects she can make an impression on debut in Saturday's Peter Poulton AM Maiden Handicap (1000m) at Kembla Grange.

Widdup has had to wait patiently to give his daughter of Not A Single Doubt her first start with the promising filly now in the back half of her three-year-old season as he prepares to step out on raceday for the first time.

"She has good natural ability but has had a few issues and it has taken a while to get here there," Widdup said. "She had to have tie-back surgery. 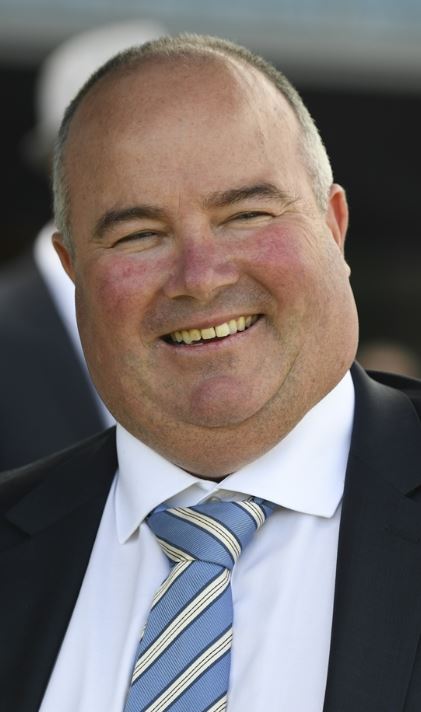 "On natural ability, you would have to think she will be highly competitive."

Widdup also accepted at Gosford on Sunday with Mareeba but is set to be enticed by a good draw in barrier 2 for the Kembla assignment.

He's snapped up the services of Jay Ford, who recently piloted his stable star Icebath to a narrow runner-up finish in the Doncaster Mile, to pilot Mareeba on debut and expects the filly will roll forward at her first start.

"I think she is a speed horse," Widdup said. "She is a short course sort type of filly and is not a very big horse so that will be her style of racing.

"She will be up on the speed there somewhere."

"She won well at her first and then we sent her for a break but she has come back good," Widdup said. "We have given her a trial and I think she is a filly that could get 1400m to a mile.

"I think she is a filly that is in at the right time of year and she can progress to hopefully city class or somewhere there."

The third filly of Widdup's to run is Outlook. She finished fourth in a Kembla maiden earlier this month and is looking for a breakthrough success at start four in the Corey Hammond - Star of Wollongong Maiden Plate (1600m).

"She is a filly that I just want to get a bit of racing into her," Widdup said. "She hasn't run badly but hasn't excited me too much just yet.

"Once she gets a few runs under her belt she will work it all out as she has been a very slow maturing type."

Grant Buckley rides Queen Bellissmo and Outlook. Widdup also has Calgary King accepted on the Kembla card but is likely to wait another week due to a wide draw.