Looks Like Elvis The Star Act At Hawkesbury (Weds)

'Elvis' is in the building! Trainer Jarrod Austin sees only positives for his favourite Looks Like Elvis at Hawkesbury on Wednesday in the near week’s postponement of the Listed-Lander Toyota Ladies Day Cup (1600m).

Rain washed out last Thursday’s scheduled fixture resulting in the $150,000 feature being added to tomorrow’s program.

“Looks Like Elvis is definitely better on top of the ground, and an improving Soft 5 rating this morning is good news for us,” a delighted Austin said this morning. 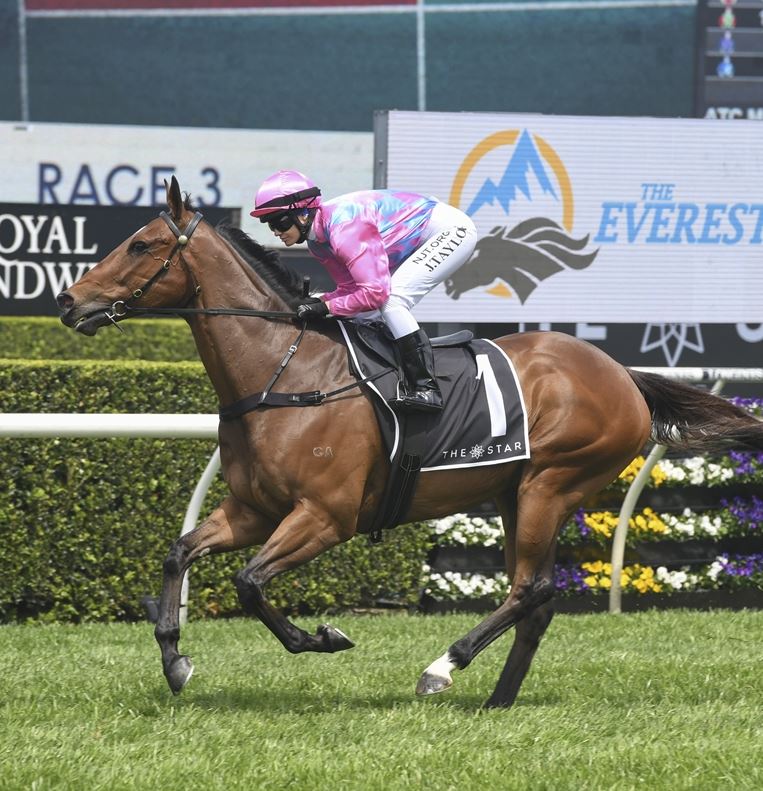 Looks Like Elvis and Jess Taylor head to the barriers at Royal Randwick. Image by Bradley Photographers

“He would have raced on a Heavy 10 if last week’s meeting had gone ahead. Also he is much better drawn this time.

"He had barrier 11 last Thursday in a field of 13, and now comes into barrier five.”

Additionally, Austin is understandably pleased that Nash Rawiller, who was booked for the six-year-old last week, is sticking with him.

Rawiller takes over from Jess Taylor, who has partnered 'Elvis' at his last two starts, including a splendid fifth to Probabeel in the Group 1-Epsom Handicap (1600m) at Royal Randwick on October 3.

“There is nothing whatsoever against Jess, but it’s hard to say no when Nash comes knocking,” Austin explained.

“His manager chased the ride, and it’s good to have him on board.”

Looks Like Elvis, with 57kg, carries 1kg less than he would have if the race had been run last week. This arose when three additional entries were received, including topweight and non-acceptor Gaulois (61kg).

Twelve of the 13 original acceptors will line up tomorrow, with Matowi dropping out and On The White Turf the newcomer.

Austin was pleased to be chosen as former Queenslander Looks Like Elvis’ trainer when the gelding’s managing part-owner relocated to Sydney and wanted him prepared locally.

Whilst the $250,000 Group 2-Villiers Stakes (1600m) at Randwick on December 12 offers the winner automatic entry into the Group 1-Doncaster Mile over the same course next April, Austin was unsure of Looks Like Elvis’ immediate program after the Hawkesbury assignment.

“He’s tough and cops his work and racing, and another run is a possibility,” he said. “We’ll see how he performs tomorrow first before deciding anything.”

Whilst Austin’s focus naturally is on winning the Ladies Day Cup with Looks Like Elvis, he is also keen to get a good result with stablemate Carluca ($4.80) in the Blakes Marine Benchmark 64 Handicap (1600m).

Apprentice Brandon Griffiths’s 2kg claim will lessen the gelding’s weight to 60.5kg, and his trainer is confident the nine-year-old will be hard to beat as his careers nears an end.

“This will be Carluca’s last campaign before being retired,” Austin said. “He has been a wonderful advertisement for our stable (eight wins and 21 placings). He is in good form and I can’t see why he hasn’t got a terrific chance of getting another win.”

Carluca hasn’t finished further back than fifth at six runs this campaign and conceded 1kg to subsequent Kensington winner Wairere Falls in a similar race over 1500m at Hawkesbury on October 22.

There are a number of important Ladies Day Cup gear changes. Topweight Mantastic (Glyn Schofield), one of leading trainer Chris Waller’s four acceptors, has blinkers back on; Duca Valentinois (Jason Collett, $23) is without a tongue tie, and Archedemus (Koby Jennings) races in visors.

Waller is seeking his fourth victory in Hawkesbury’s spring feature, having won it with Tromso (2013), Strawberry Boy (2014) and roughie Cellarman last year.

Mantastic’s stablemate Savacool has been confirmed as in foal. Tommy Berry won the Listed-Rowley Mile over the Ladies Day Cup course at Hawkesbury in August on her and again is in the saddle.

Godolphin’s James Cummings has recalled Collett, hoping to turn back the clock with nine-year-old Irish import Duca Valentinois. Collett partnered the gelding when he won the 2017 Ladies Day Cup, then run at 1400m. The race was extended to 1600m last year.

Archedemus is no stranger to Hawkesbury feature success either, having won last year’s Hawkesbury Cup (1600m) for Corey Brown and leading Kembla Grange trainer Gwenda Markwell. The gelding is now with Team Hawkes, and was placed first-up in the Listed-Weekend Hussler (1400m) at Caulfield on October 10.

The rail is in the TRUE position tomorrow and a penetrometer reading of 5.3 was posted this morning by course manager Rick Johnston along with the Soft 5 rating. A total of 25mls of rain has been received in the past seven days, but none in the last 24 hours.