Trainer Joseph Pride expects Zabavno will live up to her promise but he’s taking a patient approach with the filly ahead of her visit to Kembla Grange on Saturday.

Pride had also nominated Zabavno at Canterbury Park on Wednesday but was keen to opt in favour of the Sheppo’s 2YO Maiden Handicap (1200m) on the weekend.

Zabavno heads to Kembla for start two of her career after being purchased for $250,000 at the Inglis Classic Yearling Sale in 2019. 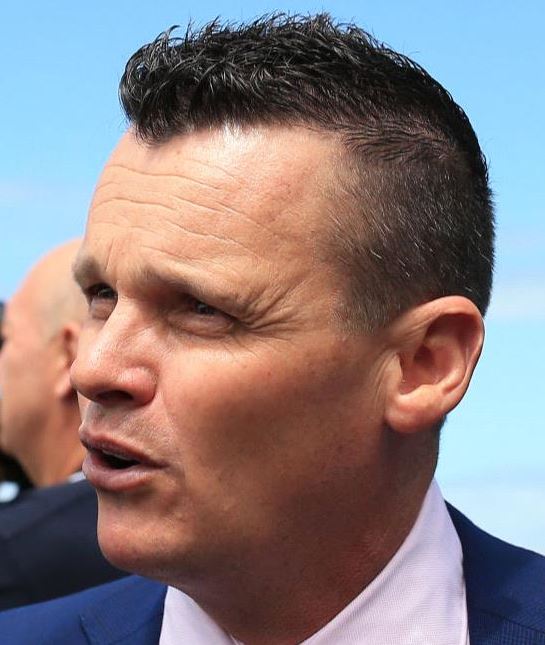 From what Joseph Pride [pictured left] has seen so far, she’ll live up to that price tag but he’s in no rush to throw his filly in the deep end.

“I have had a couple of the Exospheres and she looks like a really nice filly,” Pride said. “She cost a fair bit of money but I think she might live up to her price tag.

“It’s not very often you get to say that about horses but she strikes me as one that probably will.

“The owner Peter Karlsson has been very patient with her and we will be in no rush with her as she is a nice filly in the making.”

Zabavno showed promise on debut at Gosford last month when she was forced to go back from a wide draw. When the two-year-old got clear air at the top of the straight the leaders had off and gone but she made up good ground to grab fourth.

“We sort of had to drag back from an awkward alley but I feel like she got a good experience out of it,” Pride said. “That should hold her in good stead from her second start to be ridden from a good alley, more positively.

“Straight away Andrew (Gibbons) got off and said get her to a big track over 1200m so we have done that. It’s not ideal that it’s on the heavy but you just want to see horses on decent ground.”

Jay Ford will pilot Zabavno on Saturday from barrier three. Pride didn’t get as much luck with the barriers for his second runner on the card with Rabbit Clause drawing barrier 11.

But the Warwick Farm trainer is hopeful Rabbit Clause can take bad luck out of the equation in the Poplar Petfood and Produce Benchmark 64 Handicap (1400m).

“He is a good forward horse,” Pride said. “He will put himself on speed. I am not sure how the track will play and I am not sure a really wet track works in his favour but we will give him a go.”

The opening event of Kembla’s seven-race card jumps at 12.34pm.