Successful Return To The Provincials Expected For Louise Day

Newcastle apprentice Louise Day returns home to ride at Tuesday’s race meeting after a successful stint on metropolitan tracks. The Irish hoop, who is apprenticed to Kris Lees, has ridden 42 winners this season.

Day has four rides on Tuesday including her boss' horse Controlthewitness, early $3.90 favourite on TAB in the Hungerford Hill Wines Benchmark 64 Handicap (1600m).

The three-year-old is knocking on the door after close seconds in recent starts at Gosford and Newcastle. 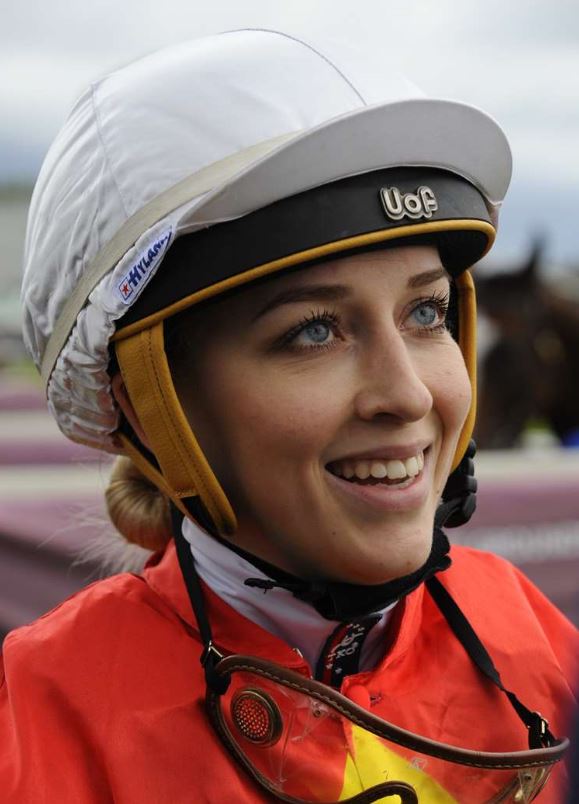 Louise Day - has a nice book of rides at Newcastle on Tuesday. Image by Bradley Photographers

He was beaten by 1½ lengths by the in-form Tolemac over 1900m on a heavy track at Gosford on June 11 and three starts back Controlthewitness was beaten a head at Newcastle over 1890m.

Lees has given the gelding a freshen up and has brought him back to 1600m.

Trained by Ciaron Maher and David Eustace, the son of Sebring is the early second favourite, having been runner up at Ballarat three weeks ago and will stay all day. Day’s other rides De Goey ($9) and Doin’ Shots ($21) are at double-figure odds.

The training partnership of Peter and Paul Snowden has trained 13 winners on the Newcastle tracks this season and the stable could land an early double on Tuesday.

Requited ($3.50) and Urban Warrior ($6) will represent the Snowden camp in the opening event, the Avid Project Management Maiden Plate (1300m).

Requited found the 900m too short when a strong finishing fourth on debut at Scone on June 22. He has drawn nicely and Tommy Berry rides.

Urban Warrior needs to improve on his two unplaced performances.

In race two, the 900m Next Payments Two-year-old Maiden Handicap, the Snowdens saddle up War Memorial ($4) and the unraced Yangarra Rose ($7.50).

War Memorial resumes after an impressive Randwick trial win when he ran down Yangarra Rose.

He led when unplaced in his last start at Gosford in March but he was allowed to drop out to last in his recent trial win. Yangarra Rose has performed well in two recent trials.

The Kim Waugh-trained Underboss ($1.95) is the short-priced favourite in the Jennings Print Maiden Plate (1600m).

The Paul Perry-trained Citrouille will be good value at $5.50 (in from $7) in the 900m Coastline Pools & Spas Class 2 Handicap. She was unlucky first-up on this track on May 23.