Sometimes the cards fall the right way! On this occasion, they certainly did for leading Hawkesbury trainer Brad Widdup.

The owners of expensive and lightly-raced filly Paprena decided to transfer her to NSW six weeks ago after only one start in Victoria when unplaced as an odds-on favorite – and Widdup got the nod.

Having her first start for her new trainer, Paprena ($13) made a stylish beginning to her NSW career by easily winning the XXXX Gold Provincial & Country Maiden Handicap (1100m) at Hawkesbury on Tuesday. 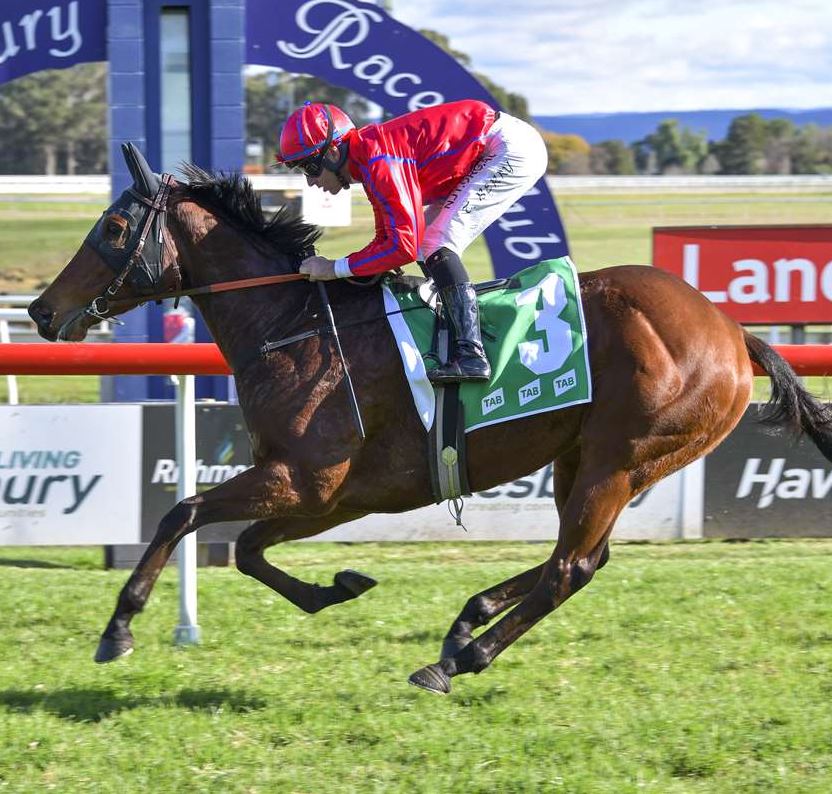 “The owners took a vote on who should train her in NSW, and luckily I was the recipient of the filly,” a delighted Widdup said. “It was good to get a win with her straight away, and I’m sure she can improve.”

Paprena fetched $500,000 as a yearling in 2018. She is the fourth foal of the General Nediym mare Paprika, who as a two-year-old won her first four races in Queensland before finishing a close second to subsequent Golden Slipper Stakes winner Phelan Ready in the 2009 Magic Millions Classic (1200m) at the Gold Coast.

Paprena began her racing career with Caulfield co-trainers Mick Price and Michael Kent Jnr, and made an inauspicious debut when a $1.90 favourite and seventh (beaten nearly 12 lengths) in a 1200m Maiden Plate at Bairnsdale on May 3.

She was fractious in the barrier and underwent a veterinary examination before being cleared to run. After a slow start, she was never a winning chance and pulled lame in the off foreleg.

“Paprena played up at the jumpouts after she came to me, and I recommended to her owners that we send her to fellow Hawkesbury trainer Daniel Robinson for a couple of weeks,” Widdup said.

“Daniel is an excellent horseman who gave her barrier practice and did a good job. I trialled her at home over 800m last Monday, and thought she went well finishing second even though there were only four runners.”

Racing NSW Stewards reported Paprena provided difficult to load into the barrier stalls on Tuesday and subsequently put a warning on her record.

Whilst she was difficult to load, Paprena was also difficult to catch in the straight and raced to an easy victory even though her rider had to stop and straighten her when she shifted in passing the 150m.

Widdup clinched his 36th success of the season, and again has Tommy Berry on board when stablemate Tycoonist ($5 on TAB) contests the Maiden Handicap (1250m) at Canterbury today.

The Written Tycoon colt has finished fourth at both runs this preparation, and bypassed yesterday’s Mounties Group 2YO Maiden Handicap (1400m) at Hawkesbury because of a wide draw. Widdup has also booked Nash Rawiller for Sandbar in Saturday’s Benchmark 94 Handicap (1100m) at Rosehill Gardens.

Fellow Hawkesbury trainer Tommy Wong clinched his second winner of the season when Thrive In The Home gained a deserved breakthrough in the TAB 3YO & Upwards Maiden Plate (1300m).

Apprentice Brandon Griffiths made the running on Thrive In The Home ($5.50), who never looked in danger down the running and beat McGeehan ($4) and $1.70 favourite Pitjara. Griffiths later made it a Hawkesbury double when Kosciusko ($4.60) also was too swift for his rivals in the Byron Bay Lager Benchmark 64 Handicap (1300m).

Thrive In The Home, a four-year-old by Pluck, had been placed at six of his previous 10 starts, and Wong decided to race him today without a tongue tie after he had finished fourth on a heavy track at Gosford on June 11.

The Widdup and Wong winners lifted the number prepared by Hawkesbury trainers so far this season to 125, and 12 of them have been this month.

Meanwhile, Racing NSW Stewards burnt the midnight oil at Hawkesbury, coming down heavily on jockey Blaike McDougall. He was first suspended (from June 30 to July 10) on a careless riding charge in the opening race, but much worse was to follow.

Stewards reported McDougall presented himself to the weighing room intending to weigh out with unapproved riding boots and fined him $500. Subsequently, he pleaded guilty to a charge of providing false and misleading evidence in that he claimed the boots were not his before eventually admitting ownership of them.

Stewards, mindful of the seriousness of the rule breach, suspended McDougall for six weeks, the penalty to begin at the end of his careless riding term and to expire on August 21. Fellow jockey Koby Jennings copped a $400 fine for having a mobile phone in his possession in the jockeys’ room.