Son Of Champion Mare In "Right Race" At Hawkesbury

Leading Newcastle trainer Kris Lees has opted to again take on older horses with the sixth foal of his former champion mare Samantha Miss at Hawkesbury on Sunday.

And while he expects the aptly-named two-year-old Sammy will be competitive in the Bottler Provincial & Country Maiden Handicap (1300m), he says the youngster will be better next preparation.

Lees has withdrawn Sammy, a son of Medaglia D’Oro, from the Robert Oatley Wines 2YO Maiden Plate (1400m) to contest the former.

“I feel it’s the right race for him, and it’s not such a disadvantage anyway for two-year-olds taking on older horses as it’s getting late in the season,” he said on Friday morning. 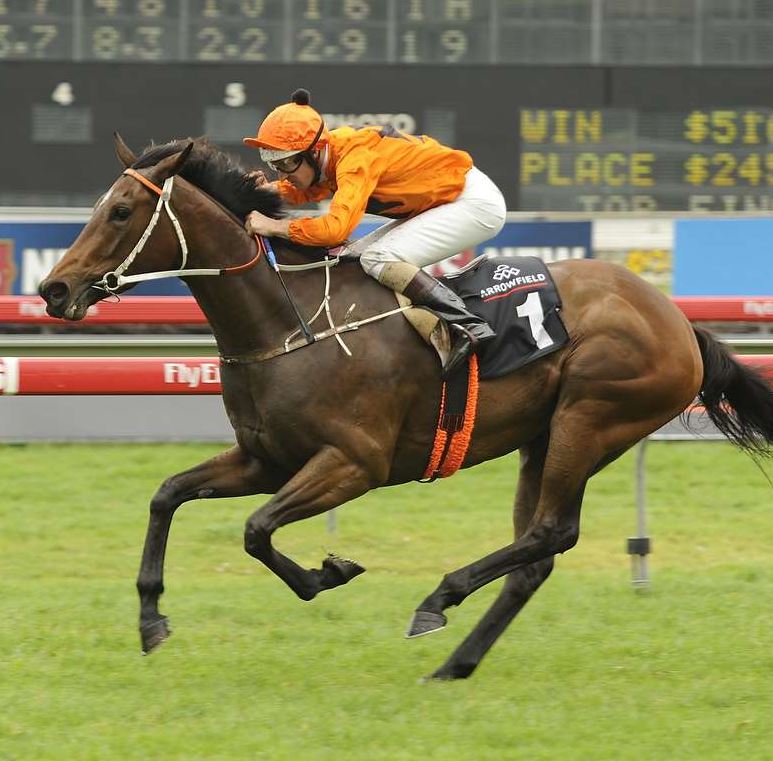 Sammy, bred and raced by Strawberry Hill Stud’s John Singleton, who purchased Samantha Miss at the end of her brilliant racetrack career (which netted seven wins – including three Group 1s in 2008 along with a Group 1 Cox Plate placing – from only 12 starts), made an excellent debut on his home track on May 23.

He finished third to another two-year-old, Godolphin’s Jeronimos, and three-year-old Brutality in a Maiden Handicap (1200m).

“I was pleased with his first-up performance, and he has definitely come on since that run,” Lees said.

“I’m sure he will again be competitive on Sunday, but will be a better horse for this preparation.”

Sammy is the $4 second favorite in early TAB betting behind another interesting youngster, topweight Blaze A Trail ($1.90).

Blaze A Trail, a colt by former star Criterion, who unfortunately sired only a number of foals before being declared infertile, raced three times for Randwick trainers Peter and Paul Snowden before being transferred to Hawkesbury’s Matthew Vella.

Blaze A Trail ran third on debut to then stablemate Dame Giselle in the $1m Golden Gift (1100m) at Rosehill Gardens last November before a short break and then finished sixth on both occasions to subsequent Golden Slipper winner Farnan in the Gr 2 Silver Slipper Stakes (1100m) at Rosehill and Gr 2 Todman Stakes (1200m) at Randwick in February and March respectively.

Since joining Vella’s team, the colt has won both his 1000m trials at Hawkesbury on May 11 and 25.

Chad Lever has been booked for the Hawkesbury race, but Blaze A Trail is also an acceptor for the 2YO Maiden Plate (1200m) at Warwick Farm on Monday, where Jason Collett will ride if he goes there instead.

Vella has decided to remove blinkers from Blaze A Trail, and he also has Whitchety Grub (Alysha Collett) and Under Orders (Mitchell Bell) engaged in the same Hawkesbury race. Under Orders, another newcomer to the stable, has been gelded since last racing.

Prior to today’s Taree meeting, Lees had trained 183 winners so far this season, following on from his benchmark 249 last season. He has prepared 162 winners in New South Wales, and currently leads the State premiership by 9.5 wins from Sydney maestro Chris Waller.

“Misterzee goes from country to provincial grade, but was unlucky last time at Port Macquarie,” Lees said. “Autumn Rain is better for one run back, and gets to a more suitable distance, but should continue to improve over even longer trips as she showed last campaign.”

At $2.50, she and Godolphin’s Kateru (Glyn Schofield, $2.40) are dominating the market. Tepario is one of Sky Racing analyst Paul Joice’s best bets at the meeting.

Winona Costin rides Captain Courageous, who has won twice over the Hawkesbury 1000m, and she partnered the gelding in one of those victories.

The rail is out 2m from the 1100m to 400m, and in the TRUE position for the remainder. A Soft 5 rating was posted this morning with a penetrometer reading of 5.25.