Highly promising Newcastle filly Café Royal will be on trial for a trip to Brisbane when she contests the 1300m Benchmark Handicap at Newcastle on Saturday.

The three-year-old was hailed as a future Group filly when she won three of four starts in her first preparation earlier this year. Café Royal should be unbeaten as she was controversially beaten by a nose at Newcastle in her last start on February 29.

Jockey Koby Jennings who has ridden the filly in all four starts was suspended for failing to ride his mount out to the line. 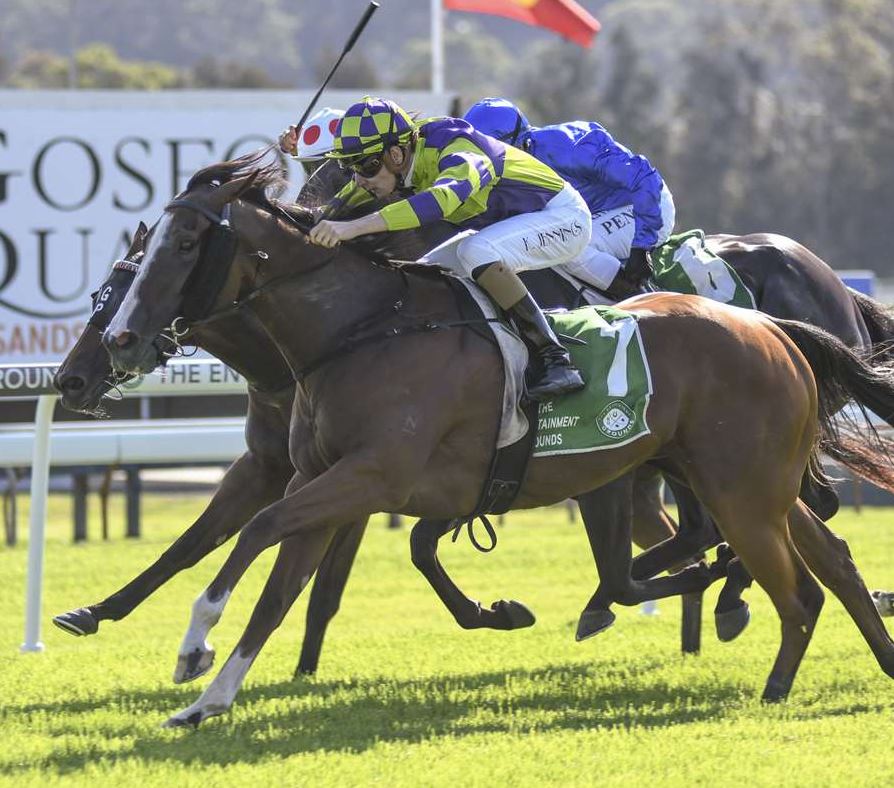 Trainer Nathan Doyle has given Café Royal two barrier trials and is confident she is ready to fire first-up on Saturday.

“This is a stakes class filly and ready to win first-up. Café Royal’s last run was three months ago but she only had a couple of weeks freshen up and is fit enough.

"In her first trial at Gosford on May 13 they went hard and she had a quiet trial. She only cruised along in her recent trial at Wyong.

"Café Royal switches on come raceday. If she wins, and I am confident she will, there are some nice races for her in Brisbane in the coming weeks. I believe this filly will run 1600 metres,” Doyle said on Thursday.

Doyle who is enjoying a very successful season now has 28 horses in work at Newcastle.

The Snowden Training partnership will send four of their team to Newcastle and all four will be well fancied. Snowden’s quartet includes Coat Of Arms (Race 2), Rocketing To Win (Race 4), Garrison (Race 5) and Belista (Race7).

Coat Of Arms a $650,000 yearling will be at short odds in the 900m Two-Year-Old Maiden Plate. The I Am Invincible colt gave Newcastle boom colt Meadow Land a fright on this track on May 26. He ran Meadow Land to a head and he appears a class above Saturday’s field.

Rocketing To Win runs in the 1200m Class 1 Handicap and he heads to Newcastle in good form with a win and two placings from his last three starts.

Garrison, bred and raced by John Camilleri the breeder of Winx, was placed once in four starts in his first and second preparations.

On Saturday the gelding resumes in a 1200m Maiden Plate after a brilliant 5½ length Randwick barrier trial win. The three-year-old has been gelded since his last start. Garrison has drawn well and has genuine speed.

Rubick filly Belista has only won once from 11 starts and carries top weight on Saturday in the 1200m Class 1 Handicap. Late last year she was only beaten less than two lengths by Aquitaine on two occasions at Rosehill and the Kensington track. She resumes after two trials.

Robert Thompson returned to the saddle at Taree on Friday and he will ride the David Atkins-trained Two Up in the 1200m Class 1 Handicap.  The three-year-old will carry the colours of the late Jim O’Neill whose funeral was held on Wednesday.

Two Up is part-owned by O’Neill’s son Mark, Allan Scorse and the former jockey's wife, Sharon and others. The gelding has had four starts for a win and three placings and was narrowly beaten on Scone Cup Day recently. However, this is a strong race.