Ideal Conditions For Joy And Mirth At Newcastle (Sat)

Warwick Farm trainer Matthew Smith is hoping for a change of luck when he sends talented mare Joy And Mirth ($3.10 favourite on TAB) to the Newcastle race meeting on Saturday.

The four-year-old will contest the 1300m Benchmark 64 Handicap and she will have weight relief with 2kg-claiming apprentice Tom Sherry booked for the mount.

Joy And Mirth has had three starts this preparation and all three performances have been full of merit, albeit she is yet to win. 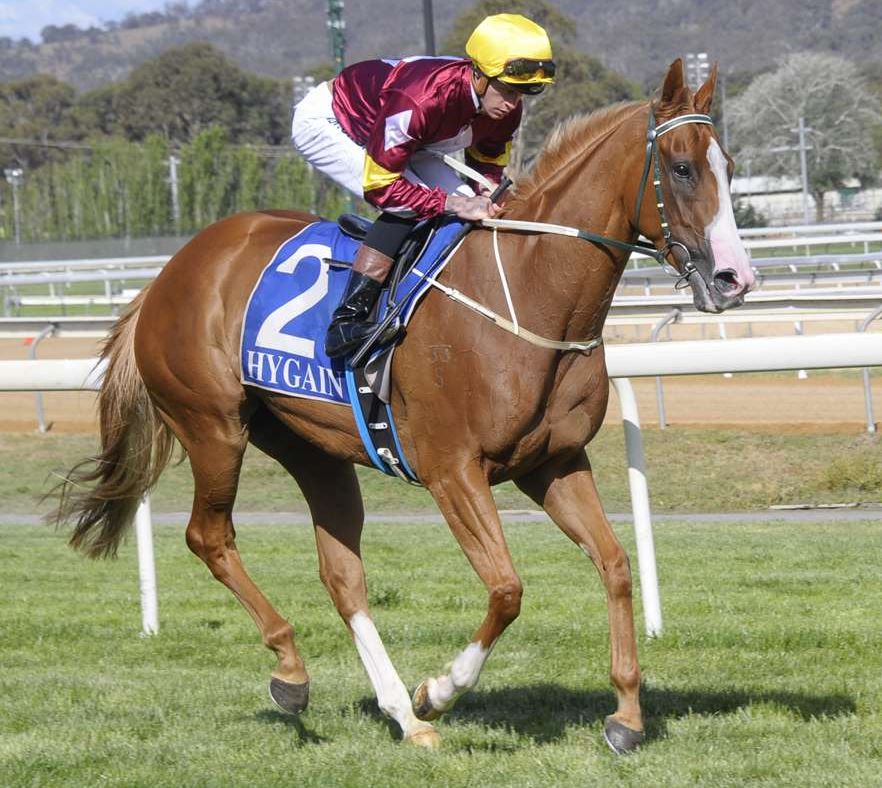 The mare's first-up run was on a bottomless heavy track at Wyong on March 28. She was last in a field of 14 at the top of the straight before a powerful finish carried her to within one and a half lengths of the winner.

Such were the poor conditions the rest of the meeting was abandoned after jockeys complained of poor visibility.

Second-up was at Newcastle on May 2, Joy And Mirth was again at the tail of a big field on the home turn before storming home to go down by a head.

Last start at Warwick Farm on May 13 it was the same story at the tail of the field of the 13 on the home turn. She made up an enormous amount of ground.

Smith, speaking from the Hawkesbury race meeting on Thursday, said he hopes Joy And Mirth can race closer from the three barrier on Saturday.

“Newcastle is the ideal track for her with the long straight and up to 1300 metres, and the good barrier so she should be more prominent in the run. All three runs this preparation have been outstanding. Joy And Mirth can handle wet or dry tracks.

"Last prep she won two consecutive races at Canberra by 4.8 and 2.6 lengths. She has the talent but is fragile. We bought her at the Magic Millions Yearling Sale and she has had surgery and other issues. I can’t have the mare any fitter and this is a lovely race for her,” Smith said.

The Snowden training partnership is hoping a gelding operation will see their regally bred three-year-old Garrison ($3.10 favourite) break through for his first run in the opening event, a 1200m Maiden Handicap. A son of champion sire I Am Invincible, the gelding is owned by his breeder John Camilleri who bred the great Winx.

Garrison debuted in March last year with a close second behind Cardiff at Warwick Farm. He was then spelled and unplaced in three starts in his recent prep.

Since the gelding operation, Garrison won a recent Randwick trial by five and a half lengths. Andrew Gibbons has the mount on Garrison and Newcastle’s premier jockey has seven rides as he goes into the meeting with 95 winners for the season.