Gear Changes To Make Pat A 'Happy Clapper' At Hawkesbury

But winning remains the name of the game for the popular Randwick trainer who goes to Hawkesbury on Thursday with two horses seeking to protect their, so far, unblemished records at the provincial track. 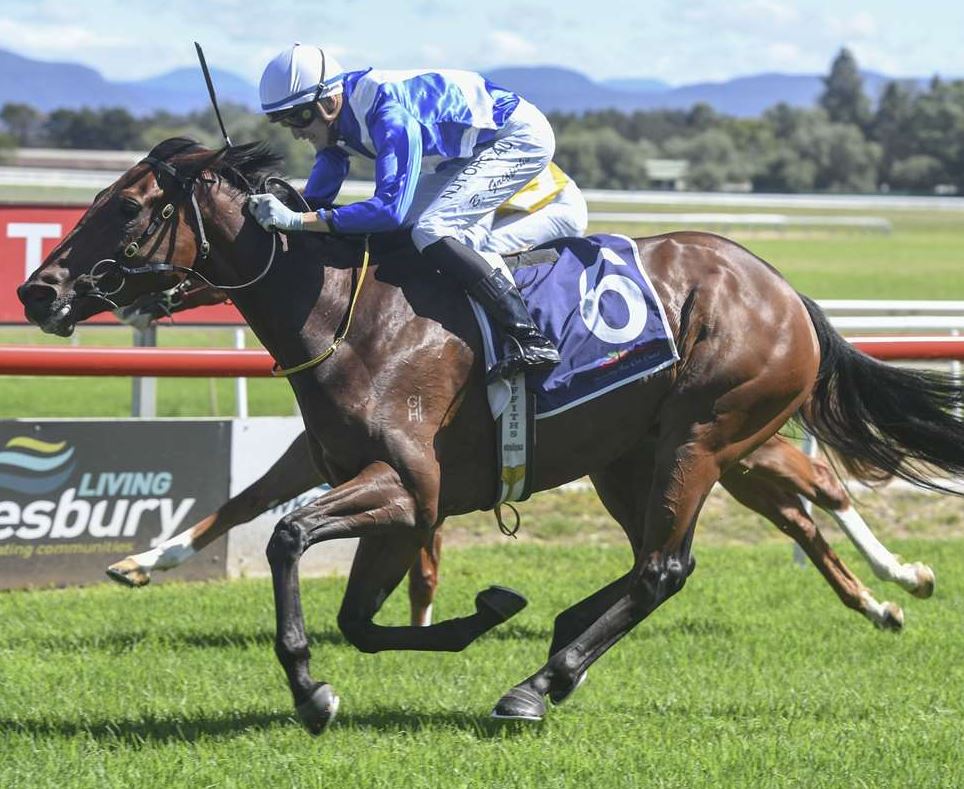 Both will carry the colours of racing aficionado Gerry Harvey, for whom Webster has trained horses for more than four decades.

Discussing his pair’s prospects this morning, Webster described lightly-raced East Asia as a “nice filly” and Kosciusko as “enigmatic”.

He has made gear changes with both, putting winkers on East Asia and opting to race Kosciusko without blinkers and a near side bubble cheeker and putting winkers back on.

“East Asia lost concentration a bit at her last start (when third to Bollywood at Gosford on April 25), and I didn’t want to go overboard by putting blinkers on her,” Webster explained.

“It’s only a minor change, and hopefully winkers will help her focus better. She is a nice filly who should be hard to beat from an inside draw.

“Kosciusko is something of an enigma. He has ability but also a few tricks and I wouldn’t want to be playing cards against him. He has over-raced at both runs since resuming, hence taking the blinkers off.

“Kosciusko may now be looking for further than 1100m, but at least is getting back to a track where he was won at.”

The All Too Hard five-year-old has won three of his 12 starts, including a Hawkesbury success in a Benchmark 64 Handicap (1300m) at his only Hawkesbury start to date in April last year.

Swiss Ace filly East Asia has raced only twice, and scored on debut at Hawkesbury in a Maiden Handicap (1100m) on heavy ground on April 4. The form from that race has certainly stood up, with the second, third, fourth and sixth placegetters (Dawn Too Good, Amoretti, Air To Air and Psicopatico) all subsequently winning.

Webster prepared Happy Clapper, one of racing’s most popular horses of the last decade, to win a quarter of his 48 starts and nearly $7.3m in prizemoney. He won three Group 1s – all at his home track at Royal Randwick – the 2017 Epsom Handicap and 2018 Canterbury Stakes and Doncaster Mile.

But for the now also retired wonder mare Winx, the rising 10-year-old’s record would have been even better. His numerous Group 1 placings included finishing second to her five times.

“Happy Clapper was a wonderful horse, and whilst I’ll never have another anything like him, it was a relief when he was retired earlier this year,” Webster said. “He had done a great job, and it was time to stop.

“The phone doesn’t ring as much anymore, but I’ve still got six horses in work. Gerry (Harvey) has stuck by me through thick and thin, and it would be nice to win a couple for him at Hawkesbury.”

Webster’s apprentice Griffiths, who was initially based at Hawkesbury after relocating from South Australia, has three other mounts on the eight-race card.

Sky Racing analyst Paul Joice has selected both Alakahan and Thrive In The Home. The rail is in the TRUE position for tomorrow’s fixture, and a Soft 5 rating was posted this morning with a penetrometer reading of 5.15.