Better Races In Store For "Big Kid" After Kembla (Thursday)

Luke Price is tipping improving three-year-old Revellers to show off his staying credentials when he lines up over 2000m for the first time on home turf Kembla Grange on Thursday.

Price, who trains alongside his father Robert at both Kembla and Nowra, has always believed the son of So You Think would come into his own over the longer trips.

He’ll get that chance on his home track when he contests the Kembla Grange Class 1 & Maiden Plate (2000m) with the in-form apprentice Brock Ryan aboard. 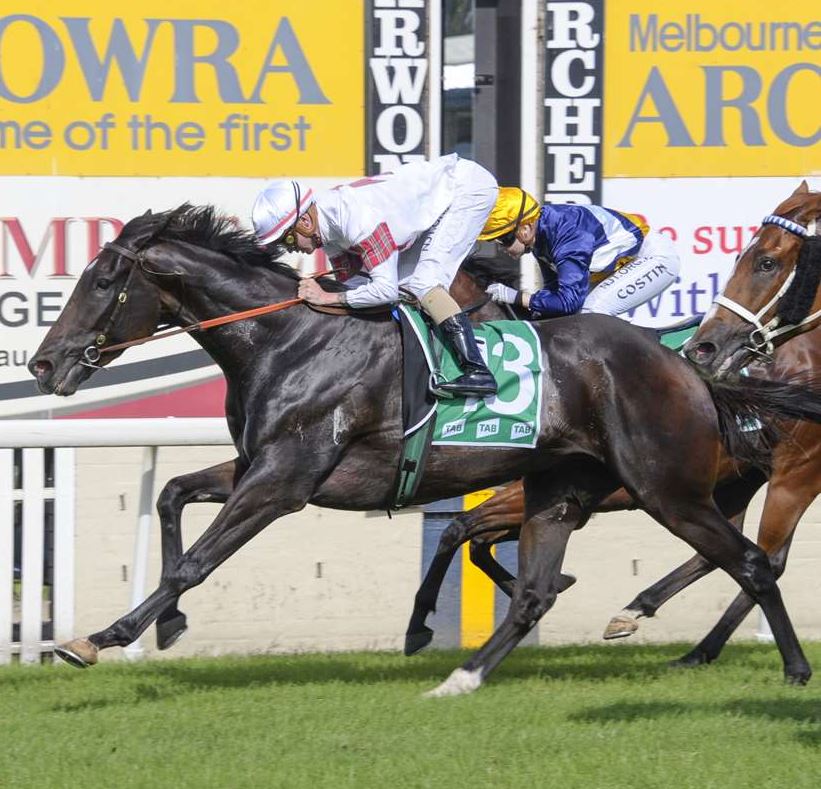 “He looks well placed over 2000m back on his home track,” Luke Price said. “He still does a bit wrong the horse.

"He can a race a bit hot and can be a bit of a dummy. He’s a big kid that doesn’t know what it is all about but up to the 2000m on Thursday, I expect him to run very well.”

Revellers is a $7 chance with TAB in the opening event on the card at Kembla that kicks off at 12.20pm.

The three-year-old gelding broke his maiden at Nowra over a mile two starts back on March 29 before finishing midfield over the same trip at Goulburn.

“He was three weeks between runs going into that from his win at Nowra,” Price said. “The tempo didn’t suit him that day.

"He was flat out the whole way and the track was firm that day. He should get a bit of cut out of the ground at Kembla and run well.”

The Price yard has three runners on the afternoon with Kentucky Award ($41) in the Stay Home Maiden Plate (1000m) and Col’s Law lining up in the Canadian Club Maiden (1400m).

Price admitted Kentucky Award would ‘need the run’ first-up while Col’s Law will take on the older horses for the first time.

A two-year-old by Salade, Col’s Law had been in line to head to the Wagga Wagga Carnival last week but those plans were abandoned when the rain came and the Prices opted with a race closer to home.

“We would have loved to take him to Wagga but once it rained we decided to pull the pin,” Price said. “Brock (Ryan) and I were both confident going into Wagga and he will have the blinkers on here which should sharpen him up nicely for Thursday’s race.

“It is a strong maiden against the older horses but we are happy with him going into the race.” TAB has Col’s Law as an $11 hope with Brock Ryan also booked to ride.