'RT' Driving 100km To Newcastle For Just The One Ride

Australian Hall of Famer Robert Thompson will drive the 50km from Cessnock to Newcastle Racecourse and return on Thursday for one mount - and it could be a winner.

The jockey has enjoyed a successful association over many years with another Hall of Famer, John Hawkes, who trains in partnership these days with his sons Michael and Wayne. 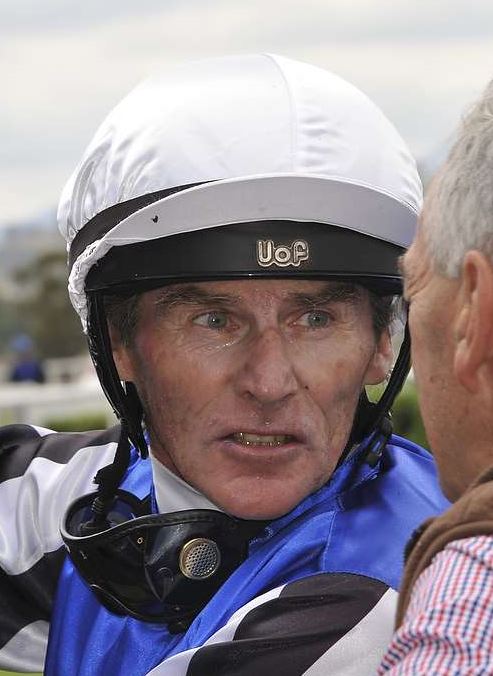 Evergreen jockey Robert Thompson - has just the one ride at Newcastle on Thursday. Image by Bradley Photographers

The family will run three-year-old filly Lady Herbert with Thompson aboard in the 1200m Sage Painting Maiden Handicap at Thursday’s Newcastle’s meeting.

The filly has drawn ideally in barrier five and is the $3.90 TAB favourite in her first start since Boxing Day. Lady Herbert has had five starts with her only placing at Warwick Farm in November when she was beaten a head by Saas Fee.

In four of her five starts, the Star Witness three-year-old has raced in the second half of the field, however, when she was narrowly beaten, she raced three-wide without cover outside the lead.

Lady Herbert ran on nicely under no pressure in a recent Rosehill trial indicating she was ready for a bold showing first-up. Thompson recently took his career tally of winners to 4441 more than any Australian jockey in history.

Legendary Randwick trainer Les bridge will send two ‘females’ to Newcastle and both should give a good sight.

Last start Newcastle winner Madam Legend ($3.10 fav) will contest the 1400m Australian Bloodstock Fillies and Mares Benchmark 64 with promising apprentice Cejay Graham in the saddle. The young lady was aboard the filly when she overcame a wide run to win a maiden on this track on April 11.

Madam Legend was running away from the field in the 1200m event and the longer trip will be no problem. The filly was beaten four lengths by recent Doncaster runner Brandenburg in a Randwick Maiden in October.

Lady Legend is second up in the 1850m Hungerford Hill Benchmark 64 Handicap. The daughter of super sire Redoute’s Choice had a win and three placings before going for a break eight weeks ago and her first-up run on an unsuitable soft track at Wyong two weeks ago was creditable.

Bridge has trained for more than half a century and has fond memories of Newcastle. The South Sydney Rabbitohs tragic quinelled the 1987 Newcastle Cup with The Brotherhood and Kensei. In that year Bridge trained Kensei to win a Melbourne Cup and a Grafton Cup.

The trainer won the 1983 Golden Slipper with Sir Dapper, the 1985 Doncaster with Row Of Waves and in recent years Hot Danish was a dual Group 1 winner for the master trainer.

Kinloch ($4.20 equal fav) a son of champion Scone sire I Am Invincible is raced by a group of owners which includes New Zealand’s Chittick family of Waikato Stud Fame and Liberato Petagna who raced Lucia Valentina. The colt led all the way to win a recent trial by more than four lengths on the Beaumont Track.

Lees's other two runners at Newcastle are Bombasay ($6) and Powerline ($15) in the final event the 1200m Sharp Electronic Group Benchmark 70 Handicap. Bombasay is clearly the better chance and may run as favourite with the likely scratching of $4 favourite Hardspot.