Young Gun Sherry The One To Follow At Wyong

Irish apprentice Tom Sherry in his first season riding in Australia has ridden 65 winners since October. The quietly spoken young man is expected to add to his impressive tally at Wyong on Thursday when he has an outstanding book of rides. A brief summary of the prospects of Tom Sherry’s mounts is as follows.

RACE 1: Red Hot Chillypins ($2.40 favourite on TAB) put the writing on the wall with three close runner-up performances in the last month. This is her first attempt at 2100m and her strong finishes at the end of shorter races indicates the trip won’t be a problem. 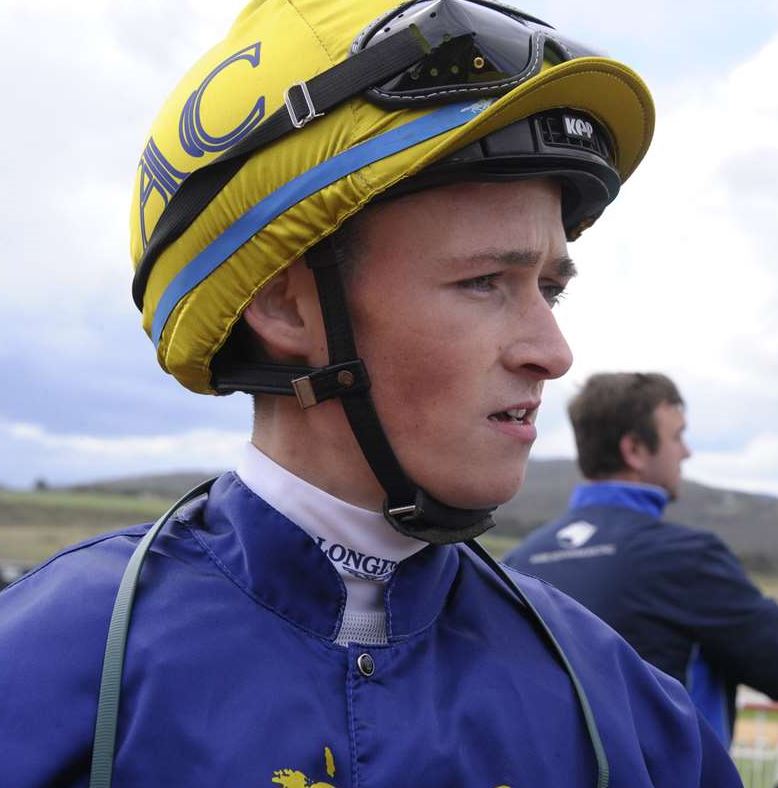 RACE 2: Zanzidance ($1.85 fav) was very good debut on the soft track here on March 28. She chased the smart Emanate all the way and finished runner-up 1½ lengths from the winner in smart time. She was an easy trial winner prior to that run and she has drawn well.

RACE 3: Sun Moon Sky ($11) is a Lonhro three-year-old on debut on the back of two recent trials. He was narrowly beaten in a recent trial and the stable is firing.

RACE 5: Kirwan’s Lane ($4.20 fav) was strong to the line when winning a Newcastle Maiden last start. The boy's claim could be vital here as it is an open race bit Kirwan’s Lane is the one to beat.

RACE 6: Instant Attraction ($1.85 into $1.65 fav) would have been the bet of the day, but will NOT run as is the $2.30 favourite at Warwick Farm today. TAB's market will obviously change dramatically in the morning.

RACE 7: Test of War ($21) finished well back first-up at Hawkesbury but raced well last prep when a Wyong winner. Has an awkward barrier but is at great odds.

RACE 1 (RFS VOLUNTEERS THANK YOU MAIDEN PLATE, 2100M): Red Hot Chillypins ($2.40 fav) is knocking on the door after three seconds in succession. Had blinkers first time when she stormed home to go down narrowly over 1875m at Newcastle nine days ago. The 2100m first time won’t be a problem. Aguante ($6.50) was a close third behind Red Hot Chillypins at Newcastle and she will appreciate the longer trip. Whiskey Jack ($2.90) has a place chance.
SELECTIONS: 5 RED HOT CHILLYPINS, 6 AGUANTE, 3 WHISKEY JACK

RACE 2 (SES VOLUNTEERS THANK YOU MAIDEN, 1000M): Zanzidance ($1.85 fav) was good on debut when runner-up behind the smart Emanate on this track on March 28. She has good speed, has drawn well and sherry’s claim is a plus. Enigma ($6) was never on the track when beaten less than four lengths at Randwick on debut. Down to Earth ($4.80) is a Randwick placegetter with a chance.
SELECTIONS: 6 ZANZIDANCE, 5 ENIGMA, 1 DOWN TO EARTH

RACE 3 (VRA VOLUNTEERS THANK YOU MAIDEN, 1350M): Bob’s Your Uncle ($11) raced on the speed when beaten two lengths at Warwick Farm last start. He has drawn well and Sam Clenton is in top form. Smart Success ($6) was narrowly beaten two starts back at Gosford and she has speed. Duty ($1.60 fav) was run down late at Kembla and has a chance.
SELECTIONS: 1 BOB'S YOUR UNCLE, 10 SMART SUCCESS, 3 DUTY

RACE 4 (WWW.TAB.COM.AU PROV & CTRY MAIDEN, 1350M): Divine Eleven ($1.18 fav) is from the successful northern rivers stable of Matthew Dunn who won the Country Championships Final last Saturday. This horse has been placed at both Eagle Farm and Doomben in the past and pulled up sore last start. Will bounce back here. Inkjet ($11) drops in class and should run well while Buckin Rippa ($26) is capable of a forward showing.
SELECTIONS: 1 DIVINE ELEVEN, 7 INKJET, 9 BUCKIN RIPPA

RACE 5 (COCA-COLA CLASS 1 HANDICAP, 1600M): Lady Legend ($6) has had three runs on this track for a win and two seconds. She has had two trials since a close third at Newcastle six weeks ago. She won over the 1600m here in January. Kirwan’s Lane ($4.20) broke through for a strong win at Newcastle last start and he runs a strong mile. Rockarosa ($6) gets blinkers for the first time and is a threat.
SELECTIONS: 6 LADY LEGEND, 2 KIRWAN’S LANE, 3 ROCKAROSA

RACE 6 (CARLTON & UNITED BREWERIES CLASS 1, 1300M): Instant Attraction ($1.65 fav) is marked down to run at Warwick Farm on Wednesday where she is a $2.30 favourite, hence, won't run here. Sea Echo ($10 but will firm sharply once the favourite is scratched) has a win and two seconds from three starts on this track and forget the first-up run at Newcastle when he missed the start by three lengths. Favra ($7.50) is very consistent and is a last start Newcastle winner. Power of Attorney ($11) is fitter for one run back and has the in-form Kegan Latham aboard.
SELECTIONS: 1 SEA ECHO, 4 FAVRA, 6 POWER OF ATTORNEY

RACE 7 (WYONG’S NEXT RACE DAY APRIL 16 B/M 70,l 1350M): Salsa Man ($5.50) runs his best races on this track where he has two wins and five placings. He came from last when narrowly beaten on this track last start and two starts back he just missed at Randwick. Trajection ($2.40 fav) bolted in at Newcastle last start and she is unbeaten on soft tracks. Absolute Trust ($4.80) has been placed in his past three starts and will be up front.
SELECTIONS: 8 SALSA MAN, 9 TRAJECTION, 3 ABSOLUTE TRUST

RACE 8 (GOOD LUCK WYONG @ THE POLYTRACK PROVINCIAL CHAMPIONSHIPS FINAL CLASS 1, 1000M): Rifles ($4.60) bolted in on this track a month ago and he could do likewise in this race. He has only been out of a place once in four starts. Bollywood ($3.80 fav) is first-up and is trialling well and she is a last start Wyong winner. Axe ($6) is also a last start Wyong winner in November and she was narrowly beaten in a recent trial.
SELECTIONS: 1 RIFLES, 4 BOLLYWOOD, 2 AXE