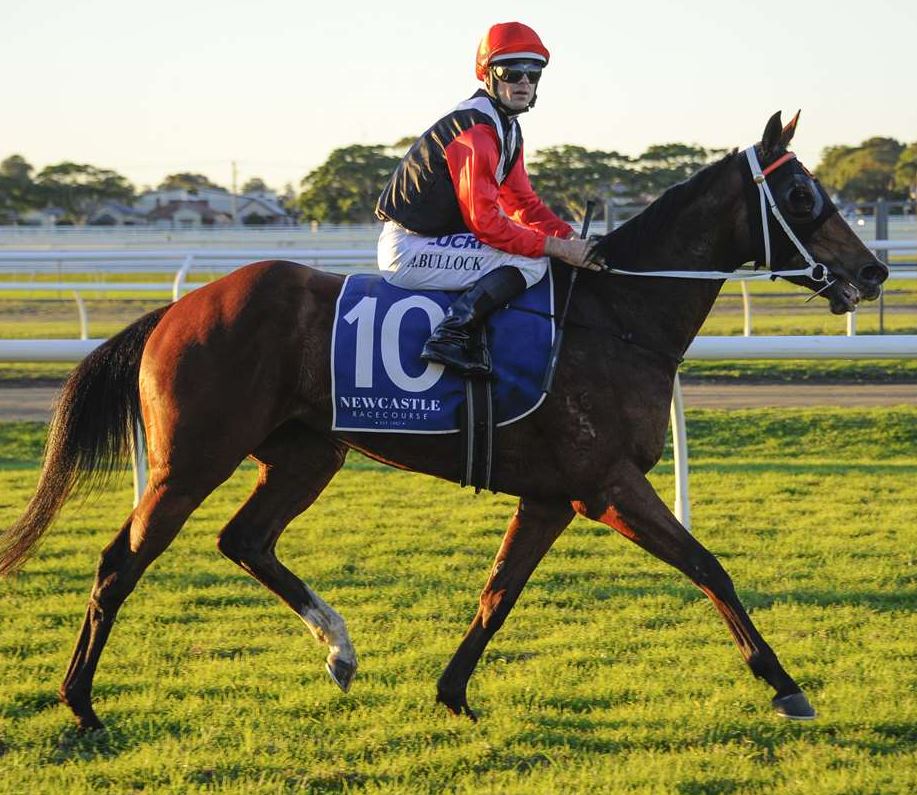 It is a wide-open race with South Coast mare Miss Scorcher and Wyong’s Celer also certain to be well-fancied.

RACE 1 (TWIN LAKES AIR AND SOLAR MAIDEN PLATE, 1600M): Kinane ($1.55 favourite) had excuses when resuming from a spell at Warwick Farm on March 11. He raced keen in the middle stages and then he was held up at the top of the straight. He was only beaten 1.8 lengths and the longer trip is ideal. European import Urbino ($3.60) has been runner-up in all five Australian starts and he will be hard to beat. Izzat ($16) is a top-four chance.
SELECTIONS: 4 KINANE, 3 URBINO, 2 IZZAT

RACE 2 (MITSUBISHI HEAVY INDUSTRIES AIR CONDITIONING CLASS 1 & MAIDEN PLATE, 2100M): Sciconic ($2.10 fav) is knocking on the door with recent placings at Canberra and Newcastle. He was doing his best work late when runner-up at Canberra three weeks ago. Three starts back he wasn’t far away when placed at Newcastle. Tahuna ($3.60) overcame difficulties to win at Newcastle two starts back and Colonnade ($11) had no luck last start at Newcastle.
SELECTIONS: 4 SCICONIC, 7 TAHUNA, 3 COLONNADE

RACE 3 (LAKE MACQUARIE SHEET METAL MAIDEN PLATE, 1000M): Red Hot Moon ($5) found the 900m too short when a fast-finishing second on debut at Newcastle on March 19. She got well back and wide before she rattled home down the long straight. She is well placed here and has drawn nicely. Zanzidance ($6) is on debut after an easy Rosehill trial win and Deauville ($11) trialled okay at Randwick recently.
SELECTIONS: 12 RED HOT MOON, 14 ZANZIDANCE, 3 DEAUVILLE

RACE 4 (VIETNAM VETERANS HOSTEL 2YO MAIDEN PLATE, 1200M): O’tartan Lass ($6.50) has won two recent trials and will go well. Only Mine ($4.40 fav) must be respected being from the Waterhouse/Bott stable, while Spin That Wheel ($7.50) has trialled four times for his debut and won a Hawkesbury trial in his latest appearance.
SELECTIONS: 10 O’TARTAN LASS, 11 ONLY MINE, 6 SPIN THAT WHEEL

RACE 5 (LAKES PODIATRY MAIDEN, 1350M): Much Much Better ($3 fav) was narrowly beaten at Newcastle last start after taking over inside the 400m. That was the colt's second start and he has drawn well with Mitchell Bell aboard. Estroverto ($4.60) is always thereabouts and will be hard to beat. Static ($5) was unlucky at Newcastle two starts back.
SELECTIONS: 3 MUCH MUCH BETTER, 6 ESTROVERTO, 4 STATIC

RACE 6 (PANASONIC AUSTRALIA CLASS 1, 1350M): Earth Song ($6) resumes here after a Warwick farm trial. She won a Canterbury maiden in November and she was narrowly beaten in a red-hot Newcastle maiden in November. She races well fresh. Big Bad Bruce ($15) has a horror draw but he has a chance on his close second first-up at Kembla. Magnificently ($4 fav) had a win and three placings last prep and she trialled okay recently.
SELECTIONS: 4 EARTH SONG, 5 BIG BAD BRUCE, 8 MAGNIFICENTLY

RACE 7 (NORTHLAKES TOUKLEY ROTARY CLUB B/M 70, 1100m): Joy And Mirth ($6.50) has a fine record with two wins and three placings from six starts. She went to the paddock after a 4.8 length win at Canberra and she bolted in on the same track two starts back. The mare has had two recent trials. Iconic Star ($4 fav) is very quick and she bolted in at Newcastle last start. Rhythmic Pulse ($6.50) resumes for a new trainer and he is consistent.
SELECTIONS: 10 JOY AND MIRTH, 1 ICONIC STAR, 4 RHYTHMIC PULSE

RACE 8 (POLYTRACK PROVINCIAL CHAMPIONSHIPS QUALIFIER, 1350M): Bubbles Ball ($6) made up many lengths when fourth in the Gosford Qualifier last Saturday. She will appreciate the longer trip and she has a light weight. Miss Scorcher ($6) is third-up now and she is ready to fire. Animate ($7.50) has won his last two and he trialled at Gosford a week ago.
SELECTIONS: 14 BUBBLES BALL, 13 MISS SCORCHER, 11 ANIMATE