Randwick trainer John O’Shea heads to Newcastle on Saturday confident his three runners will perform well with his best chance a promising New Zealand-bred filly part-owned by his wife Isabelle.

The master trainer, enjoying a successful season with 33 winners, will be on track at Newcastle and his trio includes All Saints' Eve, Cloud Factory and Sophomore. He also accepted with Blesk but he is the fourth emergency in race seven the 1400 metre Class 2 Handicap and he is unlikely to secure a start. 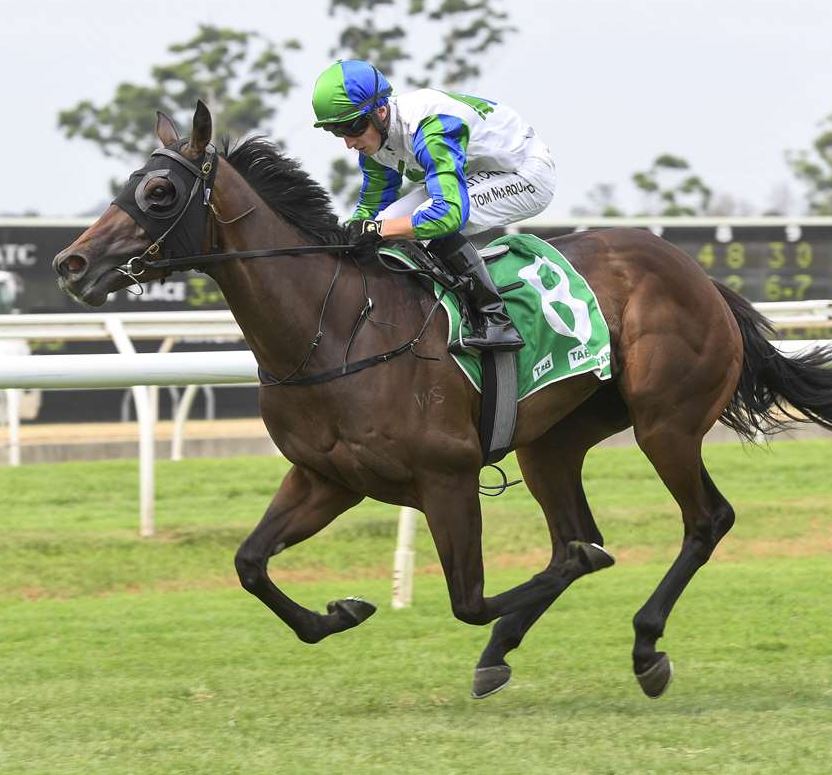 All Saints' Eve (Tom Marquand) costs to the line at Warwick Farm. Image by Bradley Photographers

Talented filly All Saints' Eve opens the day for O’Shea in the 1600 metre Class 1 Handicap and she is the best performed in the race.

Raced in partnership by the Chittick family of Waikato Stud, Rosemount Stud and Isabelle O’Shea, All Saints' Eve was an impressive Warwick Farm maiden winner on January 15.

Last start she was runner-up to the smart Positive Peace at Warwick Farm on January 27 then the filly had a quite trial on February 11.

O’Shea is confident about her prospects: “This is a nice filly and in very good form. She hit the line hard when successful over 1400 at Warwick Farm and then bumped into a smart one when second last start.

"The step up to the ‘mile’ won’t be a problem and my English apprentice Cameron Noble will claim 1½ kilograms. All Saints' Eve is clearly my best on Saturday," O’Shea said.

O’Shea will saddle up Cloud Factory and Sophomore in the 1400 metre Maiden Handicap. Cloud Factory has been disappointing in both starts at Hawkesbury and Gosford.

“Cloud Factory has been disappointing, and I am hoping the blinkers turn him around. He will roll forward and I am expecting an improved performance.

"Sophomore is unraced but she will be a progressive staying filly. She will run well,” O’Shea said.

O'Shea is the man who enticed James McDonald and Tom Marquand to try their luck in Sydney, and Cameron Noble is the latest. O’Shea rates the English apprentice highly.

The 900 metre Benchmark 64 Handicap promises to be a cracker. Covert Ops, Special Date and Lanigera all possess blistering speed.

Covert Ops, runner-up in the 2018 Breeders' Plate, returned to the racetrack after being gelded on this track two weeks ago. After a modest start he bolted in by 3½ lengths coming home the last 600 metres in 32.15.

Special Date, a Snitzel filly, is in the stable of talented young Hawkesbury trainer Matthew Vella and she is unbeaten in her two starts this preparation at Muswellbrook. She has been unextended to win by 6.17 and 2.32 lengths.

Lanigera, from the James Cummings stable, has had three Newcastle starts for a win and two placings. He is a short course specialist.

The smart Paul Messara-trained mare Luna Mia returns to the racetrack en route to the Country Championships Qualifier when she steps out in the 1200 metre Benchmark 70 Handicap.

After two brilliant wins at Scone and Muswellbrook in the spring, she was very unlucky when fourth at Canterbury Park.

Luna Mia went to the paddock after being one of the unlucky runners in The Kosciuszko at Randwick in October. Her recent trial at Scone was an eye-catcher.