The Freedman Brothers training partnership went home from the last Newcastle meeting with a winning double and Michael Freedman is confident of a repeat performance on Saturday with the same two horses.

Promising stayer Our Fun and talented sprinter Outback Diva both recorded easy wins on the Newcastle course proper on December 7. The pair returns on Saturday for the meeting on the Beaumont Track. 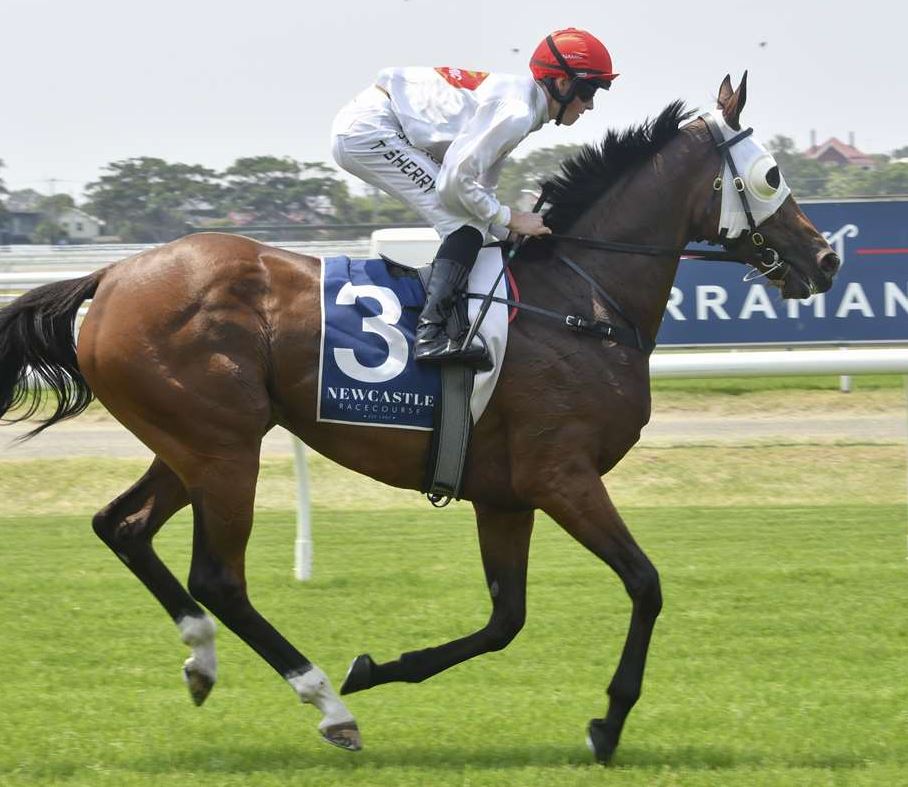 Tom Sherry returns on Our Fun after scoring at Newcastle. Image by Bradley Photographers

Our Fun outstayed her rivals over 1885m at Newcastle last start and the mare steps up to the 2200m in the Benchmark 64 Handicap.

Boom Irish apprentice Tom Sherry rode the Freedman pair two weeks back and he retains both mounts on Saturday.

Our Fun will carry 3½ kilograms more than last start, however, Freedman is not concerned.

“It’s a similar benchmark this week and this mare won with authority last start," the youngest of the four Group 1-winning Freedman brothers said on Thursday.

"She is a progressive stayer and I am not concerned about the weight or the longer trip.

"Our Fun should race in the first four and hopefully prove the better stayer. I believe she can win a metropolitan midweek race in the summer.”

Outback Diva is a lightly raced four-year-old mare and she has drawn okay in a 1350m Benchmark 70 Handicap. She raced away for an easy win last start at Newcastle and she carries the same weight on Saturday.

“This mare had bad barrier manners until we put the blindfold on her. She now jumps much better and it was a soft win last start and this race is a nice stepping stone.

"Outback Diva will be very hard to beat. We also have La Tigressa on debut in the 1150m fillies and mares Maiden Plate.

"She won a recent Hawkesbury trial and this is a suitable race. She has an each-way chance,” Freedman said.

Michael Freedman returned to Australia just before last Christmas to join his brother Richard in a training partnership. Michael spent eight years in Singapore where he won a Trainers' Premiership and he also trained in Hong Kong for 18 months.

Another training partnership, the father and son combination of Peter and Paul Snowden, will send five of their team up the M1 to Newcastle on Saturday.

Three-year-old filly Crimlet is the best performed of the Snowden team and she runs in the 1150m Benchmark 64 Handicap.

She was placed two lengths behind the smart Instant Attraction on debut at Gosford on November 23. Eleven days later, the filly bolted in at Gosford. Crimlet is up in class but she has drawn well, and the promising stable apprentice Cejay Graham has the mount.

Kris Lees's promising three-year-old Snowzone has been successful once in a Gold Coast two-year-old Maiden in May. He finished fourth to Kubrick on the Kensington track on May 18 and he was narrowly beaten on the same track in June.