It’s a cracking race with brilliant Sydney filly Every Rose the Gold Coast Magic Millions favourite at $6 on TAB fixed odds returning from a spell. 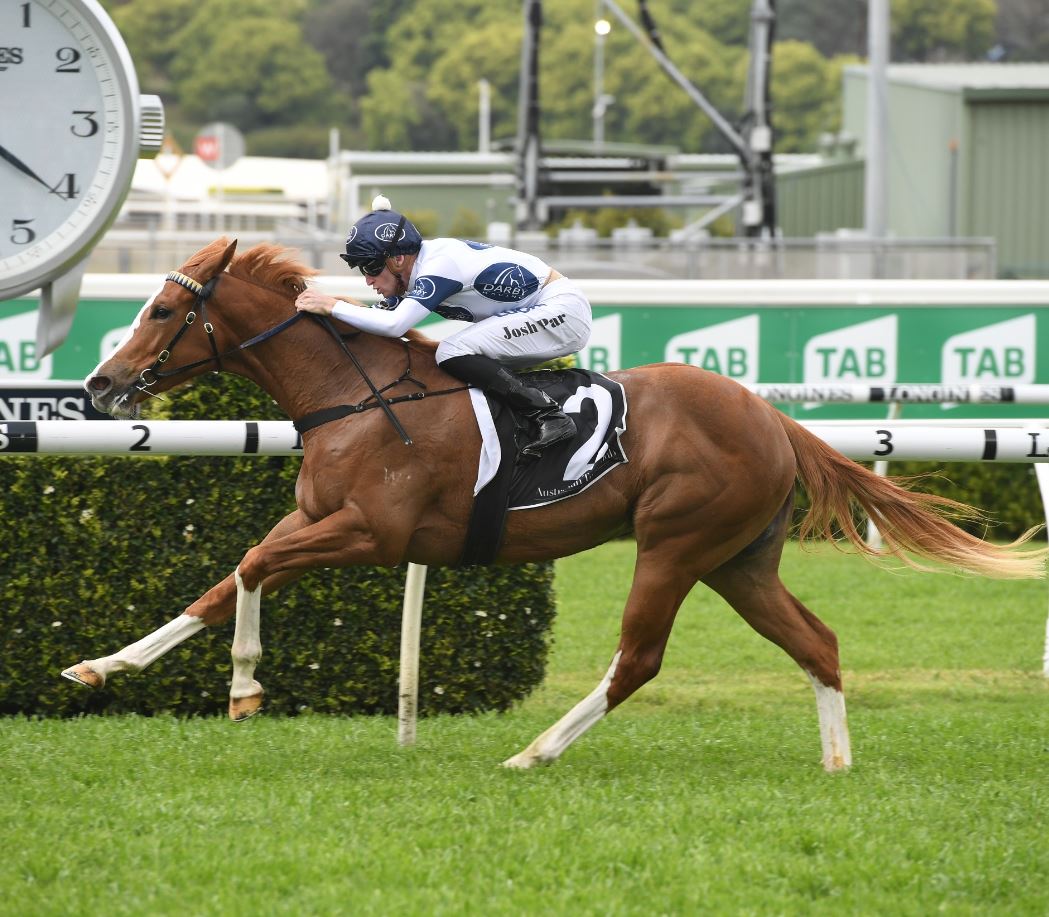 The two Sydney colts Strike ($11) and Rathlin ($15) are in the top 10 in the Gold Coast markets and will also head to Wyong on Thursday.

Thursday’s favourite Every Rose ($2 fav for Thursday's MM) was outstanding in her only race start when she led throughout to win the Group 3 Gimcrack Stakes at Randwick on October 5.

The filly has blistering speed and she blitzed her rivals in a recent Randwick barrier trial. Every Rose is very well placed under set weight conditions, has a soft draw and will have the talented Rachel King on her back.

The Queensland bred Strike ($5.50) is in the Snowden camp and he toyed with his rivals on debut at Eagle Farm on October 12. He was never off the bit in winning a recent Rosehill trial.

Rathlin ($4.20) has had two starts and he was narrowly beaten in the $250,000 Ballarat Magic Millions Classic two weeks ago and Craig Williams will be aboard.

The filly is a weighted special with only 54 kilograms under the set weight conditions. However, she is a backmarker and has drawn the outside; not ideal for the 1200m at Wyong. Leviathan ($7.50) and Diamond Thunder ($2.60 fav) will both perform well.

RACE 1, MAINSTREAM TAXATION & ACCOUNTANCY SERVICES MAIDEN, 1350M: Miss Sure Shot ($2 fav) looks a class above them on form. She has had three starts for placings at Warwick Farm and Gosford. Two weeks back the filly lead to the 150m when third (1.9 lengths) behind Saas Fee at Warwick Farm. She finished fourth on debut at Canterbury in July before going down by half a length at Gosford second-up. Sea Echo ($3.10) was heavily backed ($5.50 to $3.80) when beaten two lengths on this track first-up two weeks back. He is an on-pacer. My Desire ($10) resumes after a creditable trial.
SELECTIONS: 6 MISS SURE SHOT, 2 SEA ECHO, 7 MY DESIRE

RACE 2, GREAT NORTHERN BREWING CO METRO & PROV MAIDEN, 1600M: Diamonds And Rust ($1.55 fav) looks a good thing here after being runner-up in both starts at Canterbury this prep. The filly has led in both starts and she was only beaten a head two weeks ago. She is well weighted under the conditions and Tim Clark has the mount. Dinado ($7.50) hasn’t been far away in two starts this prep and could run into a place. Kimpembe ($8.50) will be fitter this time.
SELECTIONS: 8 DIAMONDS AND RUST, 9 DINADO, 5 KIMPEMBE

RACE 3, MAGIC MILLIONS GOLD COAST IN JANUARY CLASS 1 & MAIDEN, 2100M: Lady Highly ($6) made up good ground when beaten 2.9 lengths over the 1900m at Rosehill on November 20. He is crying out for 2100m and with 54½kg and Jason Collett, she will be hard to beat. Alam Mo Na ($2.40 fav) bolted in at Taree last start and she has been placed in her only two starts on this track. Savvy Valentino ($5) has sound country form and he was only beaten three-quarters of a length on this track last start.
SELECTIONS: 10 LADY HIGHLY, 4 ALAM MO NA, 3 SAVVY VALENTINO

RACE 4, MAGIC MILLIONS WYONG 3 & 4YO STAKES, 1200M: Exhilarates ($3.10) is thrown into the race with 54 kilograms. She won last year's Gold Coast Magic Millions after an eye-catching second in the Wyong Magic Millions. The filly had three starts in August-September in Victoria where she won a Group 3 and a Listed Race before going down to Loving Gaby in a Group 3. Leviathan ($7.50) is very promising and reared at the start when beaten less than a length in near-record time at Newcastle on The Hunter Day. Diamond Thunder ($2.60 fav) has won four of his last five and should finish in the money.
SELECTIONS: 8 EXHILARATES, 6 LEVIATHAN, 5 DIAMOND THUNDER

RACE 5, WYONG COAL CLASS 1 HANDICAP, 1000M: Exceed The Stars ($2.60 fav) resumes here after a nice trial. He led all the way to win at Canterbury in July and in June he was beaten less than a length by Rule The World at Canterbury. He was only beaten 2.8 lengths in the Group 3 Canonbury in February. Auxin ($3) was impressive in winning second-up on this track two weeks ago and McDonald rides from barrier one. Chat ($13) is first-up after running on strong when a close second to Edison recently.
SELECTIONS: 1 EXCEED THE STARS, 2 AUXIN, 3 CHAT

RACE 6, MAGIC MILLIONS WYONG 2YO CLASSIC, 1100M: Gimcrack winner Every Rose ($2 fav) resumes and she ticks all the boxes for this track. The filly is a good beginner with speed to burn and she will come out of barrier 3. She looked good winning a recent trial by 5 lengths and she is a Group winner with only 54½kg on her back. Strike ($5.50) is a smart colt and was an easy winner at Eagle Farm in his only start in October. He was never off the bit in a recent Rosehill trial win. Rathlin ($4.20) just failed to pick up the winner in the $250,000 Ballarat Magic Million two weeks back.
SELECTIONS: 6 EVERY ROSE, 3 STRIKE, 2 RATHLIN

RACE 7, MERCURE KOOINDAH WATERS GOLF & SPA RESORT BENCHMARK 64, 1600M: Magic Charlee ($8) has been unlucky in his past two starts and he will be good value. He is a backmarker and he was held up in the top of the straight when beaten lass than a length at Newcastle last start. He had no luck two starts back on the Kensington Track. Everard ($5.50) is knocking on the door after placings in all three starts this prep. Terroir ($3.90 fav) is another ready to win with placings in her past six starts.
SELECTIONS: 4 MAGIC CHARLEE, 5 EVERARD, 9 TERROIR