Trainer Hopes For Respite From Bushfires In Newcastle Highway

There is no more inspirational anecdote in the relatively short TAB Highway history than that of Port Macquarie’s Lisa Sheppard and her gentle giant Gordon’s Leap.

For training mum Lisa and her imposing six-year-old gelding, it’s an exceedingly pressured passage into the booming Newcastle Hunter raceday on Saturday where they contest a $75,000 Class 3, 1300m, Highway on 55kg with Jay Ford. 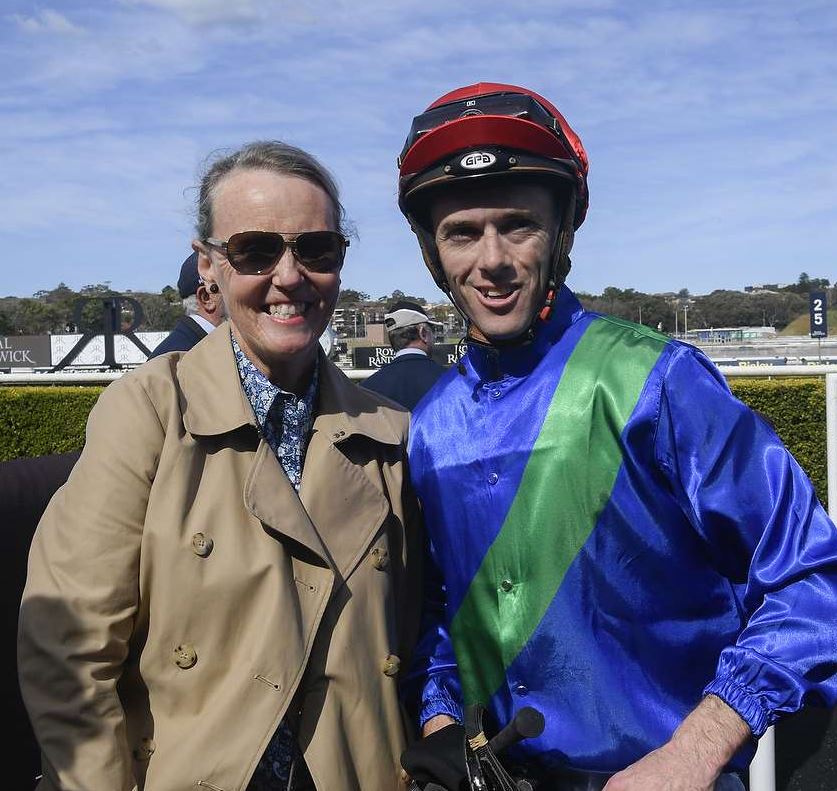 Lisa Sheppard with Jay Ford after Gordon's Leap had scored at Randwick. Image by Bradley Photographers

Gordon’s Leap was Lisa’s first city starter when he won a Royal Randwick Highway in September 2018 after Lisa took a lengthy training absence to raise a family.

Lisa and her northern counterparts are NSW racing focus with their enduring resilience through the catastrophic fires.

The racing fraternity is rallying to their cause. In extreme conditions, Thursday’s “Port” meeting was abandoned.

So for Lisa to have a runner participating in the inaugural The Hunter raceday is welcome respite. Because it’s ongoing stress and vigil for Lisa and neighbouring horse folk.

“Still on our guards, roads have been closed, some trainers couldn’t get through to the last Sydney Highway and we just haven’t been able to work our horses because of the smoke haze - just terrible,” Lisa explained.

“You can’t work them when they can’t breathe and stressed.”

But Lisa puts it all in perspective: “I’m nearer to town and the racetrack, we’re safe.

"But people further up have lost everything, just so sad - we’re blessed to be going to races, hopefully.

“Look the big boy has got the ability, he’s trialled okay but I just haven’t been able to work him enough, that’s my worry,” Lisa said.

“He’s sound now after injuries and a decent spell. If he’s near on song he’ll run us a race, but he’s missed regular work to get him where we needed to be.”

Nothing much has gone right for Lisa and Gordon’s Leap who amazingly came from a clear last to win a Royal Randwick TAB Highway last year.

Lisa bred the six-year-old Arlington gelding when she purchased his dam Parsa.

“He’s just so tall, injured himself when he was loaded, banged his head badly, sent him right off - he stripped a leg and picked up a severe hematoma. We had to spell him.

“He’s normally lovely natured but when all this happened he stressed badly and he’s so big and tall to load. I’ve got a bigger truck now so that problem is solved. They say the good ones get the bad luck, so he’s had his share.

“We spelled him, he wasn’t right when we brought him back so we spelled him again. But he’s sound now. Without having the race fitness, his runs this time in have been decent enough to have a crack at that prizemoney while he’s still eligible for another Highway.

“He’s drawn okay and the big straight at Newcastle will suit him. But if it isn’t our day, we’ll keep persevering, hope he finds enough form to go to the Country Championships.”

Gordon’s Leap is value odds from a handy barrier nine at $26 on TAB fixed odds where several runners with the most compelling form in the race have drawn precariously.

“These Highways are getting harder but this mare was impressive at Dubbo - mares hold their form, we’ve claimed and I like the way that little girl rides (Mikayla Weir)” Brett assessed.

“It’s not ideal back from 1400m but it’s a long straight that suits closers and we’re drawn and weighted. If she’s good enough.”