Better Things In Store For Progressive Filly After Kembla Today

Luke Price believes Noble Belle has been crying out for the mile and has high hopes of seeing the filly reach bigger targets next year than Tuesday’s Melbourne Cup meeting at Kembla Grange.

The co-trainer, who works alongside his dad Robert, has the daughter of Excelebration in the WIN Network Class 2 Handicap (1600m).

Noble Belle has never been tested over the mile [1600m] but a last start runner-up finish at Nowra has Price confident the three-year-old will relish the trip. 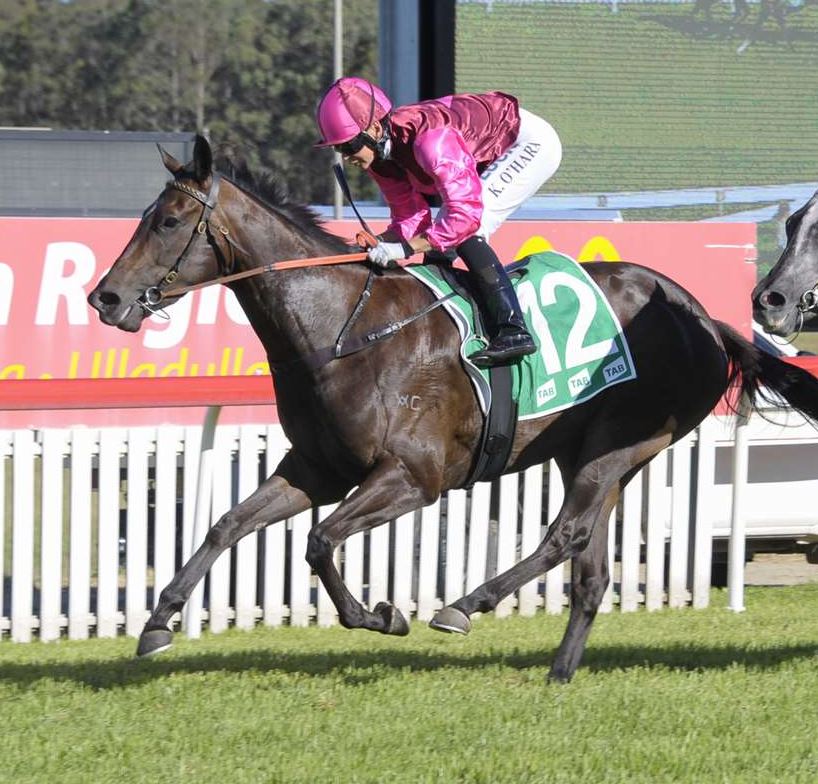 “She is racing like she wants the mile and it looks like a suitable race,” Price said.

“If she can win we will look towards the better staying races later on. Maybe in Brisbane.

“I think she might get 10 furlongs [2000m]. She is very laidback and she only raced on the speed the other day because she was new.

“She only needed one more bound at Nowra the other day she would have won.”

Noble Belle is a half-sister to the Prices’ multiple city winner Noble Joey, which has banked the stable more than $500,000 in prizemoney.

But Price concedes the filly is nothing like her talented brother: “She is a little bit more laidback than Noble Joey,” he said.

“She is completely different and is still very immature. Joey jumps on speed and make his own luck. This filly will jump in behind and really attacks the line.”

Winona Costin will ride Noble Belle on Tuesday, where she is a $4.40 chance with TAB fixed odds.

The stable also has Mohican ($15) in the same race, which is coming off a last start eighth placing in a benchmark 58 event at Nowra.

Kembla is rated a soft 6 today and Price believes Mohican’s chances will increase if more rain hits the track in the lead-up to the race.

“He probably just needed that bit more rain and it would have brought him right into calculations,” Price said.

“If we can get a storm leading up to the race that would be great. Keep on eye on the weather because he will be right in this if it rains with no weight.

“Cejay Graham rode him last start and she rode him really good. He will make every post a winner but if we get more rain in the morning we might be changing that tip.”

Melbourne Cup day is traditionally the biggest meeting of the year on track at Kembla Grange and race one jumps at 12.14pm.