Terroir will contest the 1400m Class 1 Handicap in which she has drawn the rails barrier and Jeff Penza has the mount. 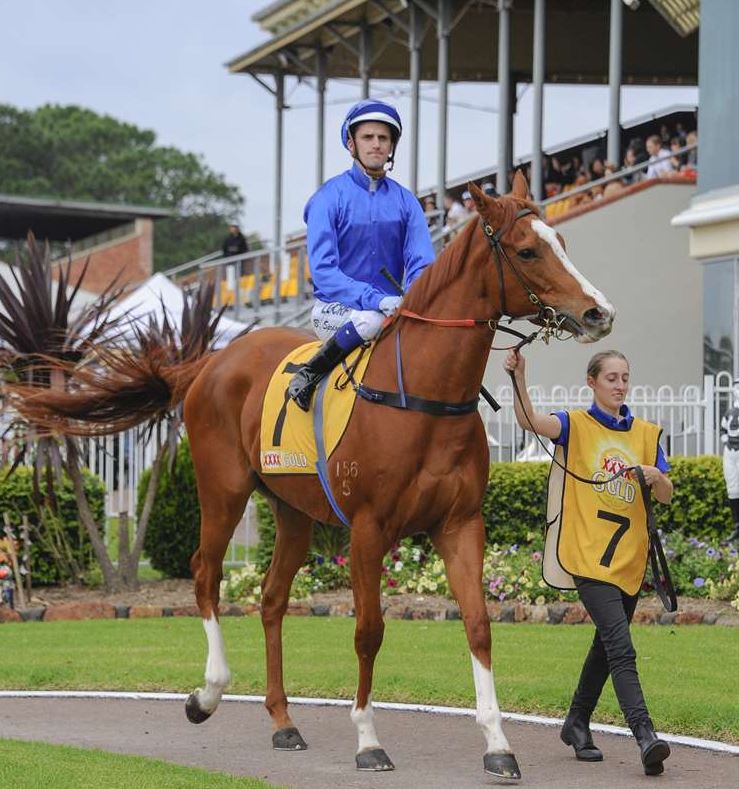 The James Cummings-trained Terroir with Blake Spriggs aboard. Image by Bradley Photographers

She has had four starts for a win and three placings and at Newcastle and the mare has had a win and two placings.

Terroir resumed from a spell with a fast-finishing placing on this track on October 15. The longer trip is ideal, and she will be hard to hold out.

Chanteresse hasn’t raced since she was an easy winner at Newcastle on June 22, however, the mare has trialled twice in readiness for her first-up run in Saturday’s 1200m Benchmark 64 Handicap.

Chanteresse has never been out of a place in six starts and her race record stands at a win and five placings.

She always races well at Newcastle where she has a win and four placings from four starts.

This mare led throughout in her last start on this track. Grant Buckley who rode her in that win has the mount on Saturday.

Newcastle’s premier jockey from last season Andrew Gibbons has mounts in seven of the eight races.

Gibbons discussed their prospects on Thursday: “I Am Sacred needs to behave at the barriers and if so, he has a great chance.

"He was a late scratching at the barrier before his debut run at Newcastle.

"The 900 metres that day may have been a bit sharp for him.  The 1200 on Saturday will give I Am Sacred time to settle.

"Game Of Thorns is crying out for ground and he may need the run on Saturday. He was only beaten half a length in a Listed Race at Eagle Farm in June.

“Kris has a good opinion of this bloke and he will be strong late.

"Elegant Grace has struck a hot maiden field, but she is very smart. She is my best ride.

"This filly was placed in a very strong Warwick Farm maiden after leading on debut.

"The filly went too keen up front and the form was franked on Thursday when Harto, which was runner-up in the Warwick Farm race, bolted in at Gosford.

"She has drawn nicely and has genuine speed,” Gibbons said.

In her only two starts La Grisa was close up over 1400 metres at Newcastle then 1600 metres at Wyong.

She will love the long straight at Newcastle and the mare may race closer from the rails back.

O’Shea will take his classy filly Rocha Clock to the races for the first time. Unbeaten in two Randwick trials the daughter of Pierro debuts in the 1200 metre Maiden Plate.