Newcastle Hall of Famer, Kris Lees, will saddle up five of his talented stayers in an attempt to win his first Newcastle Gold Cup on Friday. The $200,000 Group 3 Sharp Electronics Group Newcastle Gold Cup has attracted a capacity field of 16 plus two emergencies.

The Cup spearheads a cracking eight-race program which includes two other Group 3 events - the $160,000 Australian Bloodstock Cameron Handicap (1500m) and the $160,000 Yarraman Park Tibbie Stakes (1400m) for the Fillies and Mares. 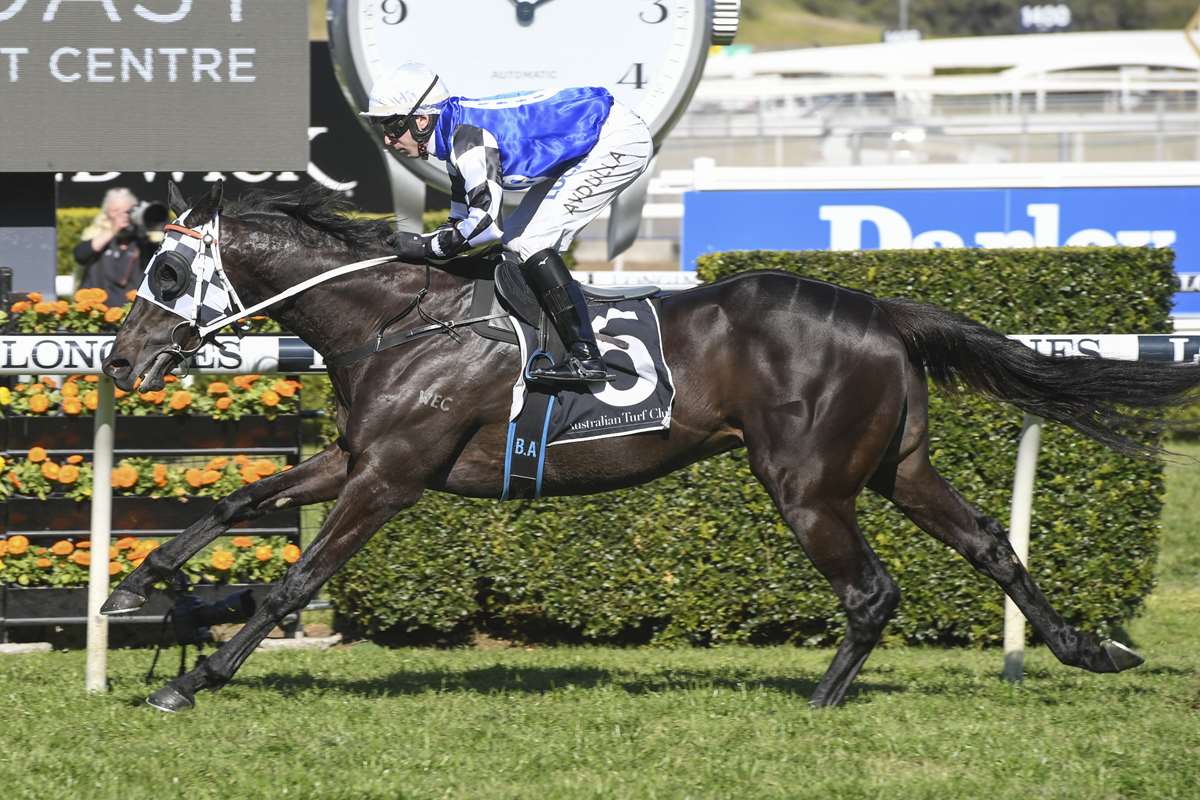 Brenton Avdulla scores on Our Candidate at Royal Randwick. Image by Bradley Photographers

Lees with 15 Group 1s and his late father Max who trained 20 Group 1 winners, are Newcastle most successful trainers.

However, despite numerous attempts, Lees and his father have not won the City’s major race. Lees accepted with seven stayers on Wednesday, but he’s indicated two of them will run at Randwick on Saturday.

“Big Duke and Doukhan will be reserved for Randwick but Our Candidate, Red Cardinal, Saunter Boy, Mongolian Wolf and Attention Run will line up in the Newcastle Cup.

"Our Candidate ($2.90 favourite on TAB fixed odds) looks to be my best chance. He is on the way up with wins in three of his last four starts including two huge wins at Randwick and Rosehill.

"I have spaced his runs as he has had a long preparation. He is an adaptable horse and Avdulla knows him well.

"Red Cardinal ($11) is clearly the classiest of my five and he is well treated at the weight. He is first-up but he won first-up Rosehill in March and he has been trialling well.

"Every trainer and owner wants to win their home town Cup and I am no different.

"Likewise, the Australian Bloodstock team will be over the moon if one of mine wins as they race all five,” Lees said.

The Cameron Handicap is a ripper again a capacity field. The American mare Con Te Partiro ($8) has outstanding credentials.

Trained by Gai Waterhouse and Adrian Bott the six-year-old made her Australian debut when she won the Group 3 Dark Jewel Classic at Scone. She then finished 1½ lengths behind the winner in the Group 2 Dane Ripper at Eagle Farm.

In her third Australian start Con Te Partiro was an eye-catcher when beaten less than a length in the Show County at Randwick four weeks ago.

Godolphin’s imported six-year-old Wren’s Day ($4.60) will have blinkers on for the first time after a disappointing effort when favourite in his only Australian start on August 17.

Rock ($6.50) is the up and comer with a record of three wins from seven starts. It is a rise in class for the Hawkes family’s four-year-old which has been very impressive in his last two wins at Canterbury and the Kensington Track.

The clash of Canberra mare Notation ($7.50) and James Cummings's crack four-year-old Pohutukawa ($3.20 fav) in the Tibbie Stakes will be worth waiting all day for.

Notation had outstanding metropolitan form before a luckless performance when beaten a length in the recent Wyong Mona Lisa. The mare was trapped three-wide with no cover for the trip.

Pohutukawa hasn’t raced since two Group placings at Eagle Farm in June. The mare was beaten in the Group 2 Queensland Guineas and she went down by a heading the Group 1 Tatts Tiara. She trialled well recently.

Scone gelding Hit The Target ($6) which missed out on a slot in next month's $1.3 million The Kosciusko can bounce back from a disappointing first-up effort in the 1200 metre benchmark 64 Handicap.

Hit The Target finished fourth when favourite in a Randwick Highway on September 7. He is a winner at Newcastle and in-form apprentice Chris Williams will claim 2 kilograms.

Friday is the first day of the Newcastle Jockey Clubs 2019 Spring Carnival with the second day on Saturday.