Rawiller's In For A Big Day At Wyong (Sunday)

The Carlton Draught Wyong Gold Cup Carnival gets underway on Sunday with the Spring Celebration Raceday. Nash Rawiller is in great form since his return home and he has a tremendous book of rides on Sunday. 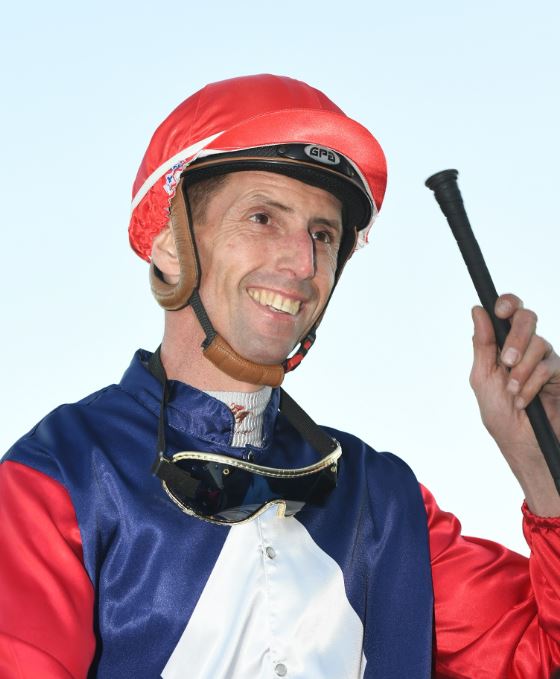 Nash Rawiller - has some excellent rides at Wyong on Sunday. Image by Steve Hart Photographics

Rawiller has a full book of eight rides and all his mounts will be well fancied. He has bright prospects of landing the two feature races, the Carlton Draught Wyong Cup Prelude and the La Gioconda a race for fillies and mares.

Decroux is Rawiller's mount in the Wyong Cup Prelude and the five-year-old is expected to be favourite after two easy wins recently.

Jason Deamer trains the stayer which came from well back to win a Benchmark 72 by 2.3 lengths at Canterbury last start. Two starts back Decroux was an easy winner at Kembla.

The Kim Waugh-trained Judge Judi will carry 61kg in the La Gioconda, however, she will be the punters' elect with Rawiller aboard. She is a class above this field on form which includes a Canterbury win and close placings at Randwick and Canterbury recently.

RACE 1, HAPPY 50TH BIRTHDAY FIONA PROVINCIAL & COUNTRY MAIDEN, 1600M: Sebonna hasn’t been far away in his only two starts at Scone and Newcastle. On debut at Scone, he was slow away and then travelled three-wide without cover before going down by 1.6 lengths. Again he was slow away when beaten a length at Newcastle last start. Sebonna is crying out for 1600m and he is drawn nicely. Elotrolado was narrowly beaten two starts back on this track and she has a chance while Blazing Sunrise could fill a place.
SELECTIONS: 3 SEBONNA, 6 ELOTROLADO, 10 BLAZING SUNRISE

RACE 2, TUGGERAH DEMOLITION & EXCAVATION MAIDEN, 1100M: Nature has her foot on the till after recent placings at Newcastle, Kembla and Gosford. Last start at Newcastle she came from near last to storm home and go down by half a length to Group 3 placegetter Mayaaseh. Sethlans hasn’t been far away in recent starts at Warwick Farm and Newcastle and he races on the pace. Blinkers go on for the first time. Shamusu Sho had no luck on debut at Gosford.
SELECTIONS: 8 NATURE, 2 SETHLANS, 3 SHAMUSU SHO

RACE 3, WYONG PRODUCE & FARM SUPPLIES MAIDEN PLATE, 1200M: Mo’s Crown has drawn wide but he will be hard to beat after a luckless second at Hawkesbury on August 22. He had to be steadied at the 600 and after wanting to hang in the straight, he bumped heavily. He was beaten by a head. Green Jacket won debut after an easy trial win and Well Known can improve.
SELECTIONS: 4 MO’S CROWN, 3 GREEN JACKET, 8 WELL KNOWN

RACE 4, STAR 104.5 LA GIOCONDA CLASS 4, 1600M: Judge Judi has had four starts this campaign for a win and two placings all on metropolitan tracks. After a first-up win at Canterbury, she was a close third at Randwick in a much classier field than this. She was beaten less than a length at Canterbury last start. Tricky Gal is unbeaten in her only two starts at Newcastle and Goulburn and she came from the tail of the field both times. Le Lude was narrowly beaten at Warwick Farm last start and she has a place chance.
SELECTIONS: 1 JUDGE JUDI, 3 TRICKY GAL, 6 LE LUDE

RACE 5, HAPPY 70TH BIRTHDAY GARRY DIETRICH CLASS 2, 1600M: Arrogante led all the way for an easy win at Newcastle two weeks ago. He was placed at Tamworth and Grafton in two starts before Newcastle and he will be hard to catch around Wyong. Jarhead chased home Arrogante last start and he should run well again. Majella bolted in at Newcastle last start and he hasn’t put a foot wrong this prep.
SELECTIONS: 2 ARROGANTE, 4 JARHEAD, 9 MAJELLA

RACE 6, CARLTON DRAUGHT WYONG CUP PRELUDE CLASS 4, 2100M: Decroux demolished a benchmark 72 field at Canterbury last start. He was an easy Kembla winner two starts back and he has two wins and three seconds from his past six starts. He has raced well on this track and Nash has ridden him in his past two starts. Loveisili has won three of his past five and he had a chequered path in the straight when beaten two lengths at Rosehill last start. Milseain is the likely leader and she can improve with the claim.
SELECTIONS: 3 DECROUX, 1 LOVEISILI, 2 MILSEAIN

RACE 7, HAPPY 60TH STEVE REECE B/M 64, 1000M: Ariege is first-up after a recent trial win. Last prep he had six starts for a win, three seconds and a third. He has natural speed to overcome the wide draw and Avdulla rides. The 1000 metres around Wyong is ideal. Zeta’s Rocket was caught three-wide no cover last start at Gosford. He was an easy winner on this track two starts back. Designer Maid is a very quick mare with a chance.
SELECTIONS: 2 ARIEGE, 5 ZETA’S ROCKET, 1 DESIGNER MAID

RACE 8, GRAEME KERNICK MEMORIAL B/M 64, 1350M: Paulo Pace is ready to win after three starts this prep. He races on the pace and he hasn’t been far away when placed twice at Gosford recently. He has drawn nicely. Mo The Great was narrowly beaten by the Brisbane Cup winner in a recent trial. He hasn’t raced for three months but his last two starts resulted in placings at Hawkesbury and Gosford. Cosmic Reign has a 3kg claim and the rails barrier and he drops in class.
SELECTIONS: 9 PAULO PACE, 2 MO THE GREAT, 1 COSMIC REIGN