Jeff Penza never doubted he would return to race riding – and is 'saddling up' again at Hawkesbury on Saturday after a 10 months’ hiatus.

One of Australia’s hardest working jockeys, 49-year-old Penza has been sidelined since sustaining multiple injuries in a Queanbeyan accident on October 28 last year and is ready and raring to go.

And he isn’t easing himself back into the fray, taking mounts in seven of the eight races at Hawkesbury’s 'Saddle Up For Spring' meeting; the club’s first Saturday fixture since its annual stand-alone program in late April. 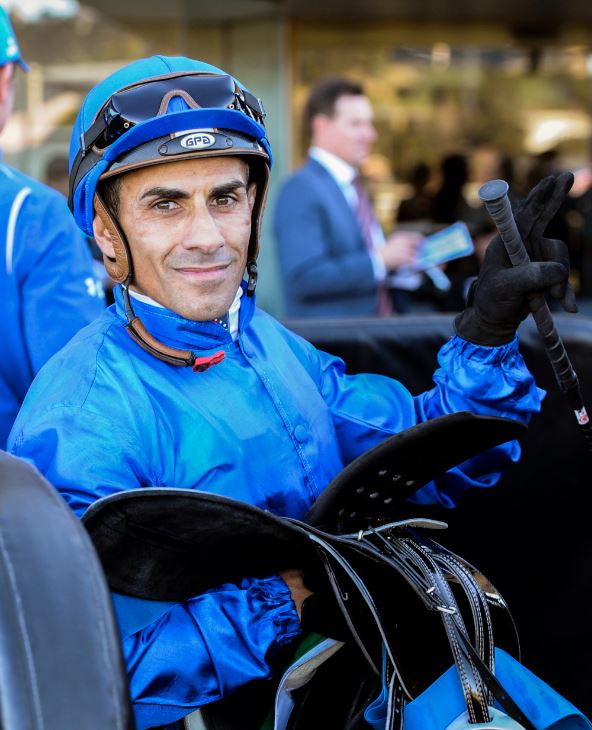 Penza had already ridden 34 winners in the first three months of last season when his mount Murrage took fright when challenged for the lead in a Maiden Handicap (1460m) at Queanbeyan, collided with the running rail and lost its footing.

The jockey sustained multiple fractures to his left leg as well as a fractured left wrist and shoulder. But there was no way he was going to pull the pin on an outstanding riding career, never once doubting he would return to the saddle.

“I wasn’t going to leave on a bad note,” Penza said. “I’ve still got plenty left to give.

“I’ve had a pretty solid build-up to my return tomorrow. I’ve got horses (show jumpers) at home and my doctor allowed me to start exercising them before I began riding work again.

“I keep myself healthy and can ride comfortably at 55kg. I’m really looking forward to getting going again.”

'Quiet achiever' Penza on eight occasions has topped a century of winners in a season, and his best ever 136 (including 74 at the provincials) in 2016-17 clinched him the title of leading NSW jockey for the first time.

It would have been nine seasons riding a century of winners but for a knee injury sustained at Kembla Grange in 2014 when he was only four short of 100.

That injury sidelined him for three months, but the Queanbeyan episode was clearly the worst.

He rode plenty of winners on provincial tracks for John O’Shea during his time as Godolphin’s head Australian trainer and continued that on until his Queanbeyan fall, with James Cummings, for whom he has two mounts at Hawkesbury.

Hawkesbury tipster Paul Joice has put both Cummings’s horses in his placings, and selected another Penza mount You’re Next (for Tim Martin) to win the Westbury Constructions Benchmark 64 Handicap (1400m).

Jockey Aaron Bullock, who has made a flying start to the new season, goes to Hawkesbury for three rides.

The rail is 2m out from the 600m to 400m, and in the TRUE position for the remainder of circuit. Following 10mm of rain overnight (and more is forecast), a Soft 7 rating was posted this morning with a penetrometer reading of 5.33.