Hawkesbury trainer Jason Attard has drawn an interesting parallel between his two runners in the same race at his home track’s final meeting of the season on Sunday.

But he says a bit more experience is the key factor which points to pre-post favorite Moinda (Kathy O’Hara, $1.90) being the stable elect in the Richmond Club Provincial & Country Maiden Plate (1300m) over double-figure odds Sharokina (Winona Costin, $15). 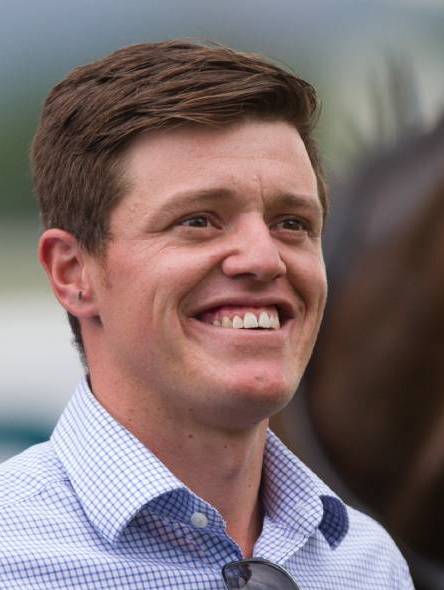 “Sharokina works every bit as well as Moinda,” Attard said. “But she gets really nervous pre-race and needs more exposure.

“We didn’t get her until earlier this season, and I feel she will be handy up to 1600m as she gets further experience. Moinda has to be our pick, and is certainly deserving of a breakthrough.

“I would love to win this race on Sunday to get her maiden out of the way, and then spell her. I’m confident she will come back even better next season and measure up to midweek city grade.”

The stablemates both contested a similar race last time at Hawkesbury on June 25 when Moinda gamely chased home odds-on favorite Blazing (beaten just over a length), and Sharokina was a further four lengths astern in fifth place.

Attard has prepared eight winners so far this season, and is delighted with he and wife Lucy’s recent move to their property at Grose Vale.

“Everything is going well, and I’m really looking forward to the new season,” he said. “We’ve got some exciting young horses in the stable.”

Irrespective whether Attard adds to his season’s tally on Sunday, the Provincial & Country Maiden will be won by a local trainer as all eight acceptors are prepared at Hawkesbury.

Uprise, a two-year-old son of Hinchinbrook, finished fourth on debut to Lanigera in a Newcastle 2YO Maiden Plate (900m) on June 29 after four earlier season barrier trials.

Fellow Hawkesbury trainer John Higgins, hoping to add his name to the list of successful local trainers this season, has made an important gear change on Our Celtic Star ($11), who has been placed on six occasions. He has decided to remove blinkers from the five-year-old, and instead substitute winkers again.

Our Celtic Star was narrowly beaten by Hawkesbury rival Happy Hustler in a Kembla Grange Maiden Handicap (1300m) on June 1.

Higgins has booked Newcastle apprentice Louise Day, whose 3kg allowance will lessen the gelding’s 59kg under the set weights conditions of this race.

Leading Newcastle trainer Kris Lees, heading towards the end of a record-breaking season, has withdrawn Only Wanna Sing ($4.40) from a Wyong engagement on Saturday (1350m Class 2 Handicap) to focus on the Hawkesbury meeting.

As with Higgins, he is utilising his apprentice Day’s 3kg claim on the three-year-old in the Hawkesbury Gazette Class 1 Handicap (1300m) to ease his 61kg topweight down to 58kg.

“There wasn’t much in the decision about the two races,” Lees said. “I felt Hawkesbury was a slightly better option. Only Wanna Sing is racing well and deserves a breakthrough.”

The Your Song gelding has been placed at all three starts since resuming, the latest when a close third to Unknown Universe in a stronger Class 2 Handicap (1200m) at Gosford on July 2.

Prior to today’s Scone meeting, Lees had racked up 239 winners this season – the first provincial-based trainer to hit a double century in a single season – and his horses have earned nearly $14.3 million.

He also has booked Day for pre-post favorite Silver Melody ($3.30) in the Easy Lane Benchmark 64 Handicap (1000m), in which he also starts Not Surprising (Andrew Gibbons).

“Silver Melody is the pick of the two; she is coming back from a first-up fourth in midweek company in town,” he said.

His other Hawkesbury representative is Hermosa Reward (Gibbons, $15) in the Robert Oatley Benchmark 64 Handicap (1500m) and says she has taken improvement from a first-up fifth over 1200m on her home track last month, and has won second-up before.

The rail is 4m out from the 1300m to the winning post, and in the TRUE position for the remainder. A Soft 6 rating was posted this afternoon, with a penetrometer reading of 5.21.