Hawkesbury couple Mitchell and Desiree Kearney stepped 'out of the shade' at Newcastle on Tuesday.

The training partnership turned their racing fortunes around when underrated filly Gimme Shelter scored impressively – but not before it seemed both her and the Kearneys’s recent bad luck would continue.

The Manhattan Rain three-year-old, a daughter of unraced Dane Shadow mare Made In The Shade, overcame trouble to clinch the second win of her eight-start career, in the Class 2 Handicap (900m). 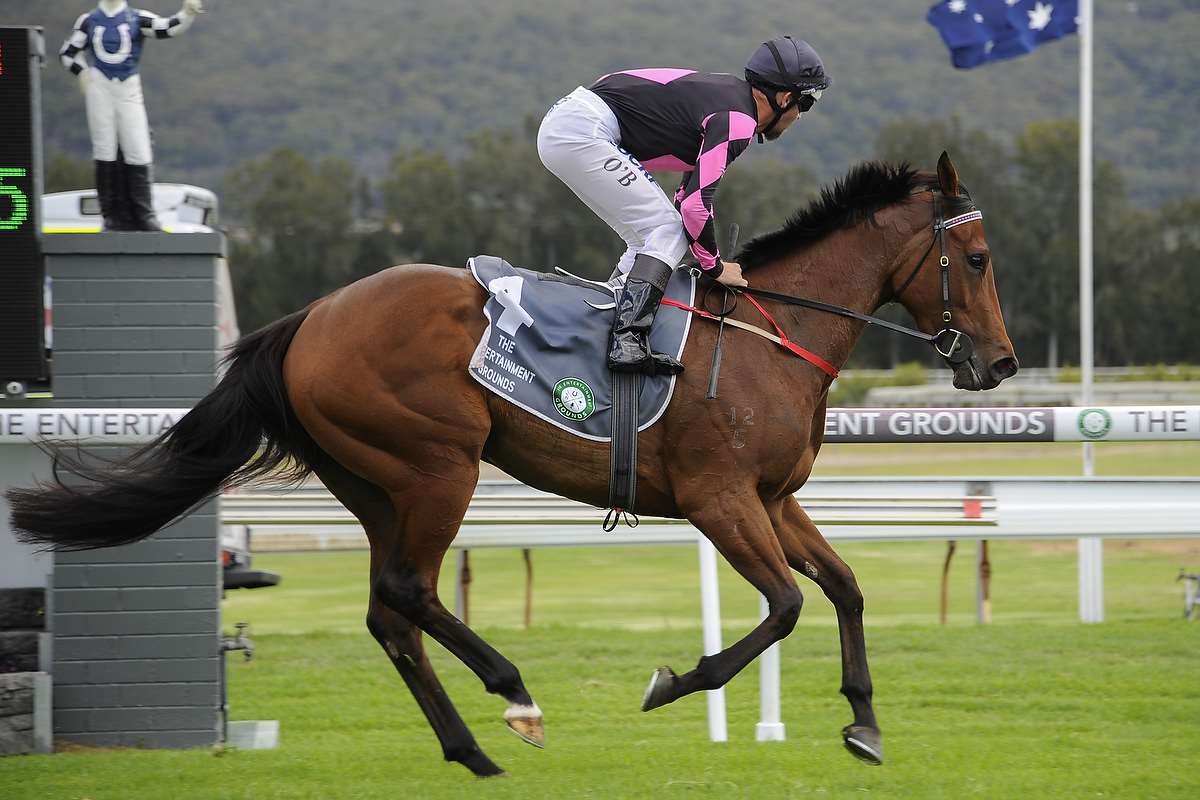 In the process, she provided her joint trainers with their fifth success of the season, and first since Dynamic Dynasty won at Bathurst on January 29.

“It’s a relief to see this filly return to the winning list, and the same for us,” Mitchell Kearney said last night on the return trip home.

“Things just haven’t gone right for Gimme Shelter this preparation until today, and we’ve been quiet as well.

“We just haven’t had the cattle, but hopefully this win will lead to better things for the remainder of the season.”

Gimme Shelter was a solid tip for Tuesday’s race following an excellent performance at the Scone Cup meeting on May 10 when she came from well back to finish eighth of 16 (beaten only three lengths) to Godolphin three-year-old Phaistos (who runs at Warwick Farm today) in a Class 1 Handicap (1100m).

The Kearneys chose to put blinkers on the filly after that race, and an impressive track gallop at Hawkesbury last week boosted their confidence about a return to winning form.

The Stewards Report from the Newcastle meeting underlines the merit of Gimme Shelter’s performance.

“Adjoining the course proper near the 700m, Gimme Shelter raced in restricted room to the inside of Apache Dude, which shifted in despite the efforts of its rider,” the report said. “Approaching the 300m, Gimme Shelter had to be steadied when attempting to improve to the inside of Can I Rock (eventual runner-up) where there was insufficient room.”

Apprentice Jean Van Overmeire [injured this morning], who was later cautioned by stewards and told to exercise greater care when attempting to secure clear running, was eventually able to get Gimme Shelter ($6) into 'clear air' but it appeared as though Can I Rock ($12) had burst to an unbeatable lead.

However, the Hawkesbury filly produced a splendid turn of foot to overhaul her and win decisively: “We’ll see how she pulls up and then look for another suitable race,” Kearney said.

“She won her Maiden over 1100m at Gosford last November, and that distance suits her, provided she gets genuine tempo and the right run, enabling her to finish as she did today.”

The Kearneys have 14 horses in work and train Gimme Shelter for the Cotter family, who bred her. Now they are looking forward to taking her unraced two-year-old half-sister Factorial (by The Factor) to the races soon.

“We’ve taken our time with her, and she is ready to trial at Warwick Farm next Tuesday,” Mitch Kearney said.