Popular Newcastle jockey Darryl “Digger” McLellan has ridden 35 winners in his first full season since making a comeback to New South Wales racing and he heads to his favourite track, Newcastle for seven rides on Saturday.

Digger said on Thursday that his two best rides are for trainers that have been instrumental in his successful career. 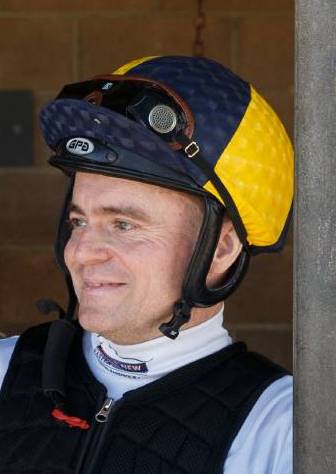 Darryl "Digger" McLellan has some good rides at Newcastle on Saturday. Image by Max Mason-Hubers

“I was apprenticed to Pat Farrell at Muswellbrook and I rode stacks of winners for the boss. One of my best mounts on Saturday is the two-year-old colt Bengalla Bay trained by Pat," Digger said.

"He is in the Class 2 900 metre dash and the others will know they are chasing him. Bengalla Bay has blistering speed and he will jump and run.

"I have ridden this colt in two recent wins at Muswellbrook and he has run his rivals ragged clocking 56.7 and 57.64 on soft tracks over 1000 metres.

"Kris Lees is the other trainer who has looked after me since I returned. I am riding Warset for Kris in the 1500 metre Benchmark 64 and he was unlucky on this track last start.

"He was held up a couple of times in the straight and finished fourth. I should give him a cosy run back along the rail from the barrier.

Lees has accepted with seven of his team and Warset looks the best of them. Ruling Symbol, Our Candidate and Scepter Of Power all to be ridden by Andrew Gibbons will be well-fancied in their respective races.

Ruling Symbol contests the 1200 metre Maiden after resuming from a 10-month spell when a close fourth to a subsequent winner at Gosford on ANZAC Day.

Former European entire Our Candidate narrowly beaten at Gosford in his Australian debut on ANZAC Day could give Lees another winner in the 1850 metre Benchmark 64 Handicap at Newcastle. His only win was over 2400 metres so the 1850 second-up is ideal.

Scepter Of Power will have the blinkers back on after a narrow defeat at Wyong on May 2. The three-year-old will contest the 1400 metre Maiden Plate and he has drawn the coveted rails barrier.

The highly promising Gosford four-year-old Through The Cracks returns to the scene of his last win in the final event the 1200 metre Benchmark 70 Handicap. Andrew Gibbons placed a huge rap on Through The Cracks when he rode him for the first time in his brilliant Newcastle win on April 27.

The gelding has won four of his five starts and only bad luck cost him an unblemished record. He has been penalised 3kg for his last win but that may not stop him from winning again.

Two Sydney trained three-year-olds should notch up their first wins at Newcastle. John O’Shea’s filly Cottenham should atone for a narrow last start defeat on the track when she steps out in the opening event the 1850 metre 3YO Maiden Plate.

A Kiwi-bred daughter of the late great Redoute’s Choice, Cottenham ran on stoutly over 1500 metres here last start and she is crying out for this longer trip.

Aim For Perfection is from the Warwick Farm stable of Mark Newnham and the filly is on debut after four barrier trial wins. Top Provincial rider Mitchell Bell will ride Cottenham and Aim For Perfection.