Hawkesbury trainer Scott Singleton is keen to boost his season’s stocks with two good chances at his home track meeting on Thursday.

Singleton starts his 'girls' Stock Up and Holy Empress and is confident “both will be in the firing line if we get luck.” 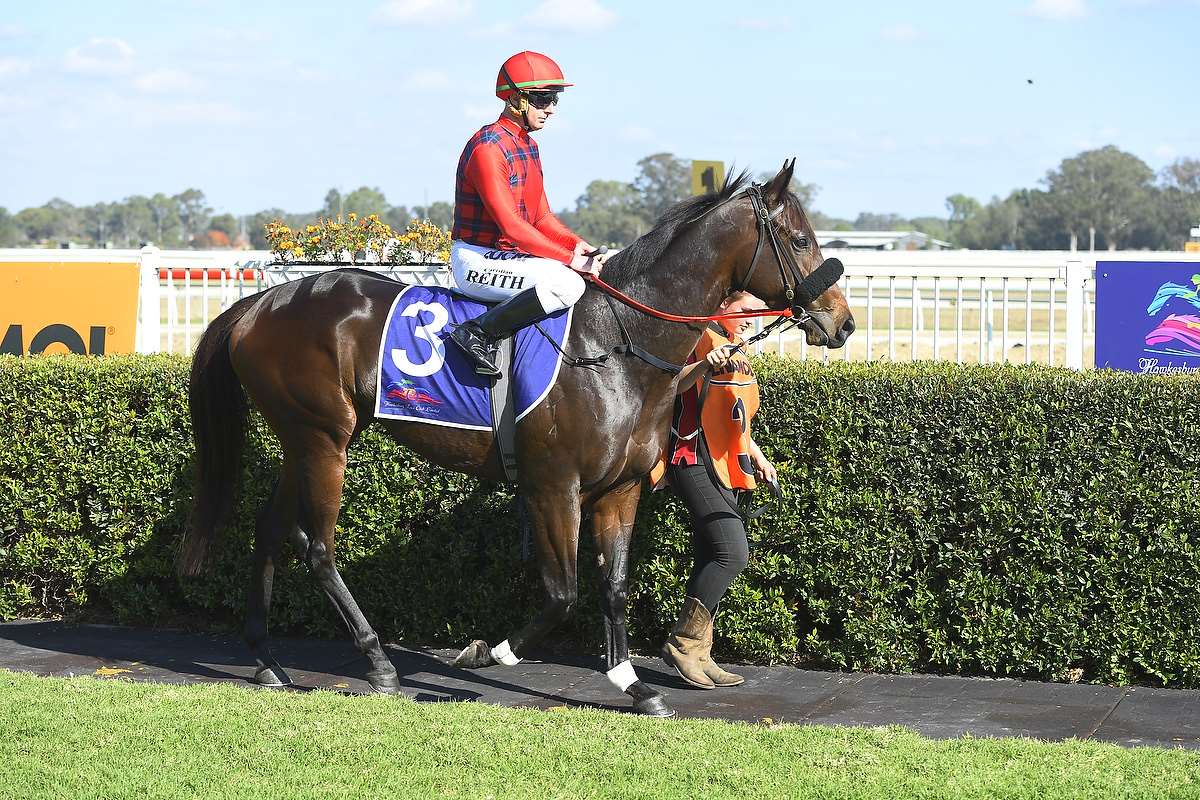 Stock Up (Christian Reith) - should prove hard to beat on her home circuit. Image by Bradley Photographers

It’s been a quieter season for Singleton than has been the case in recent years with 16 winners to date (33 overall last racing year) and so far only two on his home track compared with eight last year.

“I haven’t had the same number of handy horses as in recent seasons, but hopefully these two (Stock Up and Holy Empress) can win some more races for us before this season ends,” Singleton said this morning.

“Stock Up has raced well without much luck at all three runs this time in. The gaps just haven’t come for her when she has needed them.

“I’ve got no worries about her handling the 1600m tomorrow; she was strong at the end of the 1500m last start.

“It’s a decent drop in class from tackling two qualifying races of the Provincial Championships and then a strong Benchmark 78 Handicap at our stand-alone meeting at Hawkesbury last month.

“I’ll be disappointed if she can’t take care of them tomorrow. I’ve always felt she could handle a bit of ground and this race will give us a good guide as to where we go with her in the future.”

Both her resumption runs were in heats of the Provincial Championships; finishing fifth to Golden Tycoon over 1200m at Newcastle on March 21 (the postponed Gosford heat) and fourth to Turnberry over 1350m in the fifth and final qualifier at Wyong nine days later (subsequent Final winner Bobbing was second).

She then ran fifth, with Christian Reith aboard, to Tamarack in the Benchmark 78 Handicap (1500m) at Hawkesbury’s TAB Stand-alone Saturday on April 27.

Hawkesbury apprentice Brandon Griffiths partnered Stock Up in her two Provincial qualifying assignments, and goes back on the mare tomorrow in one of the final races of the Rising Star Series for apprentices. His 2kg claim lessens Stock Up’s weight to 58.5kg.

Owen has an opportunity to improve his position with the mount on consistent Carluca tomorrow.

Holy Empress, a three-year-old filly by 2009 Australian Derby winner Roman Emperor, has raced only six times for two wins: “She is a filly I like a lot,” Singleton said.

“She pulled up with a back issue after finishing eighth in the Canberra Guineas (1400m) in early March and then had a decent break to her next run when third to Duchess of Lennox (runner-up to Queensland Derby hope Nobu on the Kensington Track last Saturday) over 1600m at Scone on April 8.

“She might not have beaten much that day, but it was the manner in which she won that was impressive.”

Holy Empress was an odds-on favorite and, after being hopelessly blocked away in the straight, regained momentum after being switched around the heels of a number of runners to the centre of the track and overpowered her rivals to the relief of her supporters.

Trainers John Thompson and Gary Nickson have provided important pointers to the chances of their respective runners Wild Impact and Mandalong One Up.

Both have been withdrawn from Canterbury engagements to line up at Hawkesbury.

The rail is in the TRUE position, and an improving Good 4 rating was posted this morning with a penetrometer reading of 4.93.