Speedster Has “Never Been Going Better” For Newcastle

Scone trainer Brett Cavanough claims his brilliant short course sprinter Another Sin has “never been going better” as the four-year-old prepares to make his Newcastle debut on Tuesday.

Another Sin is the early $3.30 favourite on TAB fixed odds for the 900 metre Class 4 Handicap in which the pace will be a cracker.

The four-year-old made headlines in August 2017 when he landed a huge plunge in winning a Rosehill Class 2 Highway at his first start. 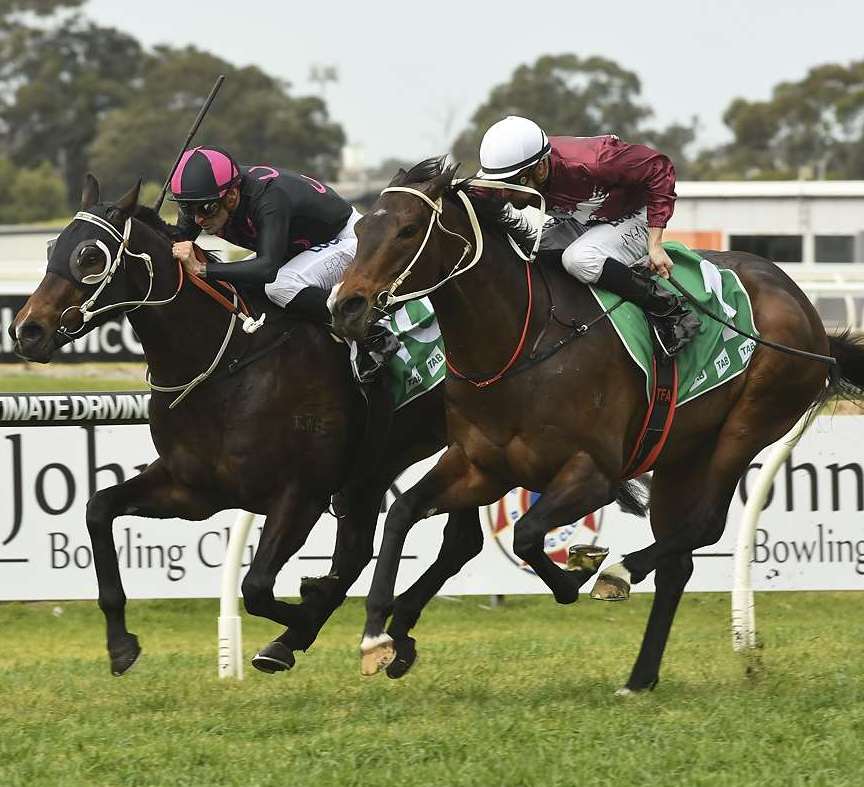 The gelding has been sparingly raced since and he will line up for his 14th race start on Tuesday.

Another Sin has won three short-course races at Rosehill, Tamworth and Albury, and he was brave last start at Muswellbrook on April 22 when claimed by one of country racing's fastest sprinters over 1000 metres.

Another Sin set a cracking pace up front before being run down and beaten by I Am A Cool Kid in near record time for the 1000 metres.

He fought back when challenged and went down by three-quarters of a length.

Cavanough is bullish about his sprinter's prospects: “He can fly this bloke, and he will love 900 metres on the big Newcastle track.

"His Muswellbrook run proved he was going better than ever. The winner is a star and he was just outside the track record.

"I told Grant Buckley to let him lead that day and make I Am A Cool Kid chase and we nearly pulled it off. He will be going out fast again on Tuesday.

"This horse is raced by my wife Lauren and some friends. He also doesn’t mind some give in the track,” Cavanough said.

The 1400m Maiden Plate is a quality race. The favourite Prince Fawaz ($2.15) was beaten four lengths in the Group 1 Champagne Stakes at Randwick on April 20.

The danger, Autocratic ($4.80) finished fourth in the Pago Pago and Ballieu.

Kris Lees was the only Newcastle trainer to win a race on the track last Saturday and he will saddle up two of his team on Tuesday.

Three-year-old Ultimate Power ($4) represents the stable in the 1300 metre Maiden Handicap. He is very consistent and has been placed in four of his six starts.

Former Kiwi, Warset ($4.80) is early favourite in the final event, the 1500 metre Benchmark 64 Handicap. He finished strongly from the tail of the field to win easily in his second Australian start on this track on April 18.