Trainer Keen On $10 Chance After Having 'Ultimate Gear Change'

Trainer Mark Newnham says he is looking for more consistency from a gelded Quackerjack ($10 on TAB fixed odds) and rates him a top Hawkesbury Guineas chance on Saturday.

The 'ultimate gear change' has already worked on the three-year-old, who made a winning return on the Kensington Track on April 3 and is primed for the $200,000 Group 3 Blacktown Workers Club Group Guineas (1400m). 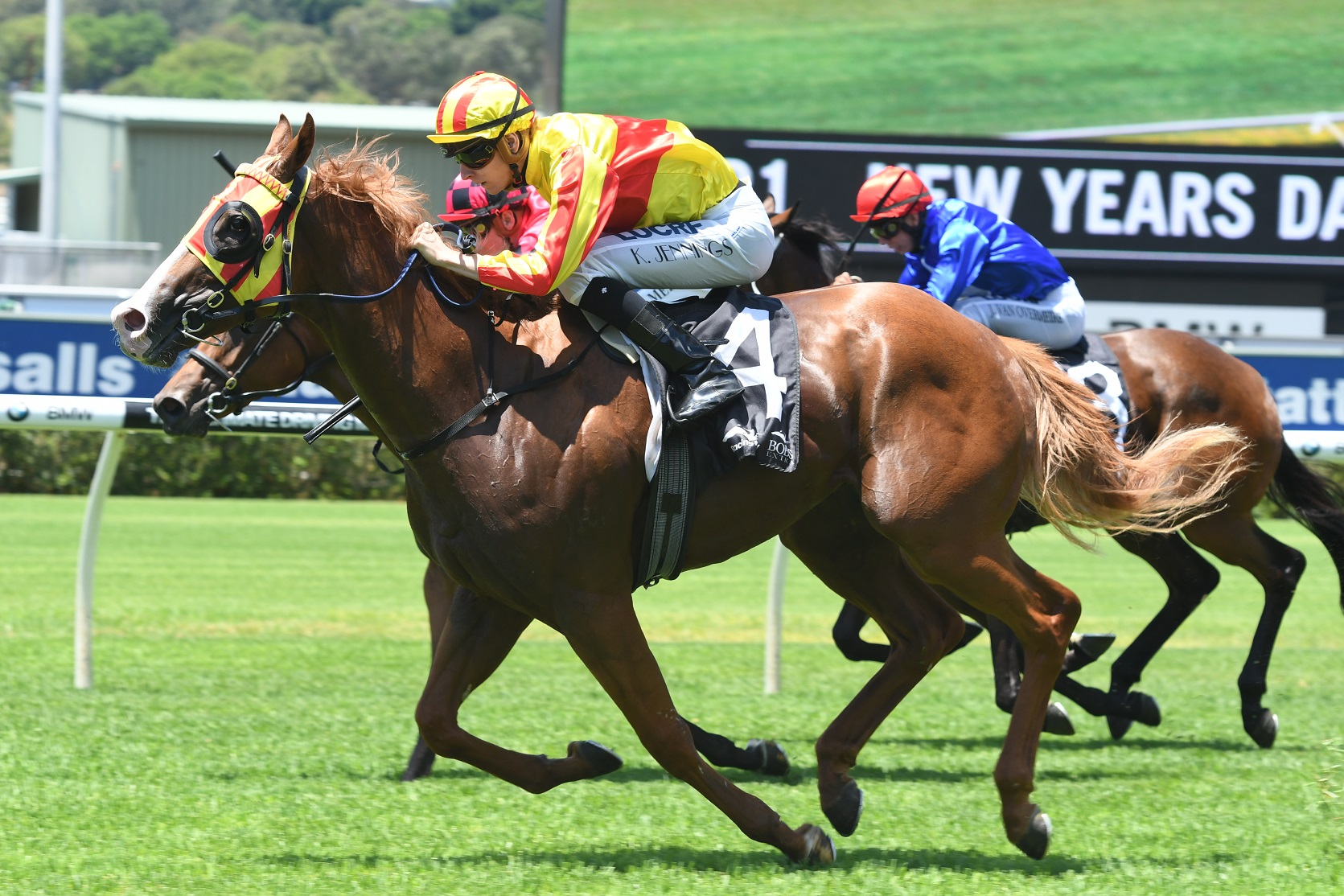 After scoring over 1600m at Royal Randwick on October 20, Newnham made the decision to geld Quackerjack after he finished 10th to Ranier (a rival again on Saturday, $7.50) in the Group 3 Carbine Club Stakes (1600m) at Flemington in early November.

“He was too inconsistent,” Newnham explained. “His record shows that – four wins and six unplaced runs from 10 starts.

“We’re looking for more consistency from him now, and he has pleased me since his first-up win.

“I’m confident he will run well on Saturday. He has won up to 1600m, handles all types of ground (dry or wet) and is just getting into his preparation whereas some of his rivals are getting toward the end of theirs and perhaps are distance queries.”

Newnham also has fond memories of Hawkesbury’s annual feature program. He won a Benchmark 85 Handicap (1300m) two years ago with Lanciato, who the following year won both the Listed Carrington Stakes (1400m) at Randwick and Group 3 Newcastle Newmarket (1400m).

The five-year-old Manhattan Rain mare is beginning what will be her last preparation, and tackles the sprint on the back of two excellent recent trials.

“We’re trying to add some black type before she goes to stud,” Newnham said. “Gibraltar Girl has trialled really well, and certainly has a place chance.”

Hawkesbury trainer Jason Attard is having a throw at the stumps in the Guineas with outsider Reiby’s Regent ($101), and has the right jockey on board (Jay Ford) to spring an upset.

Ford won the same race two years ago on another roughie Shazee Lee ($51), who was also prepared at Hawkesbury, by Scott Singleton.

“I’m happy to have Jay on him,” Attard said. “He came out and rode him in his last fast gallop and was pleased with him.

“I wanted to draw inside six (he drew the rails) with Reiby’s Regent, and hopefully he can get a nice run and have a good crack at them in the straight.”

Attard had initially planned to spell his Uncle Mo three-year-old after he broke through in a Wyong Maiden (1350m) on April 11 at only his fifth start.

“I have a sentimental attachment to this colt because I’ve loved him since he was born,” he said. “I broke him in and also his mother Reiby Regina, who was my first city winner in 2012.

“There is no doubt in my mind Reiby’s Regent will be better next preparation, but he has had a nice break since Wyong and this race was too good to pass up after he has done so well.”

Attard, who has proven a longshot specialist in recent months with $101 and $26 victories (Reiby Rhymer at Bathurst and Orange respectively) and another $41 win with Pretty Song at the Wellington Boot meeting, is pleased to have a feature runner at home for Hawkesbury Race Club vice-chairman Syd Kelly and his wife Carolyn.

“Syd and Carolyn are thrilled just to have a starter on their big day,” he said. “To win the Guineas for them would be something pretty special.”

Anthony Cummings has announced that Glamour Cat will be withdrawn from the Guineas (reducing the field to nine) to be reserved for a 3YO Benchmark 66 Handicap (1300m) at Warwick Farm next Wednesday.