When Hawkesbury trainer Craig Weeding clinched a provincial breakthrough on his home track last September, he had eight horses in work.

That number has since nearly doubled to 15 and he’s hoping to edge closer to another opportunity to an initial metropolitan success when his lightly-raced mare Caliera Gem ($6.50 on TAB fixed odds) puts her unbeaten record on the line at Hawkesbury on Tuesday. 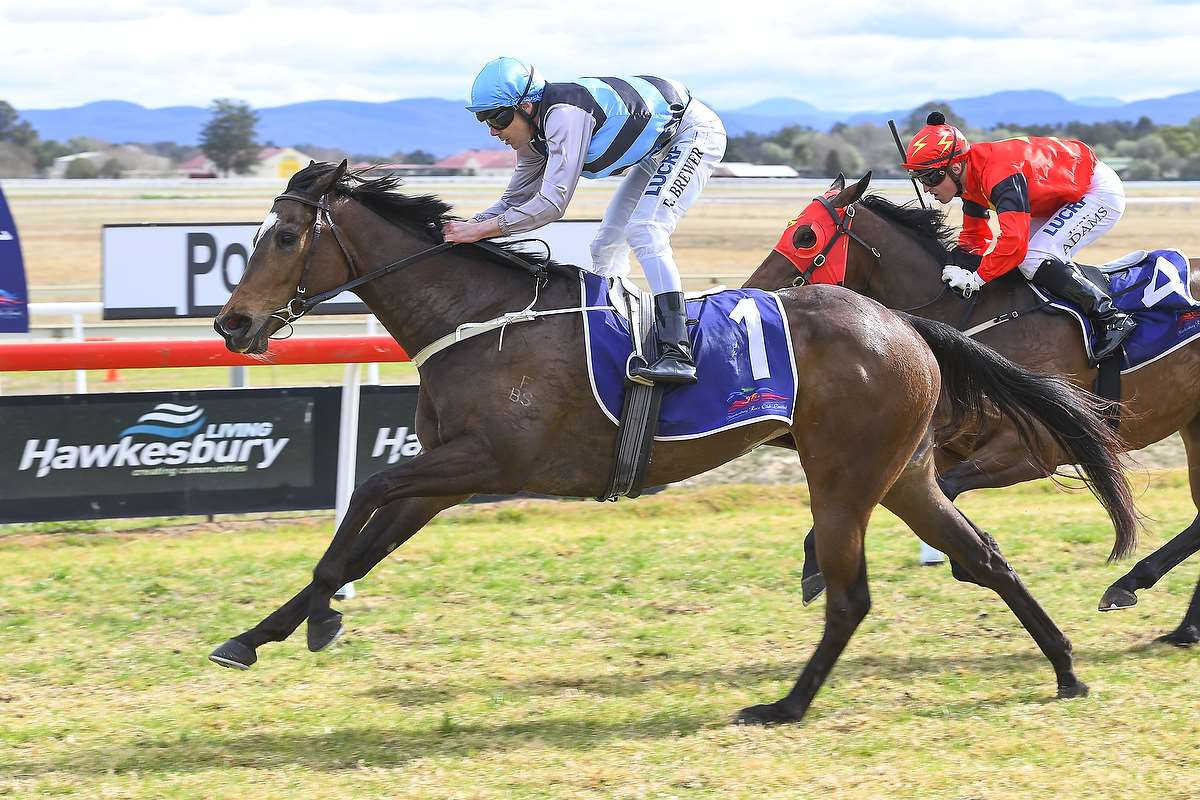 Local apprentice Brandon Griffiths’s 2kg claim will lessen her weight to 57kg – only 0.5kg over the limit – when she resumes in the Mostyn Copper Benchmark 64 Handicap (1100m).

A five-year-old by Beneteau, Caliera Gem has been a slow maturer and has raced only twice so far for victories at Hawkesbury (1100m maiden against her own sex with 59kg) and Taree (1300m Class 1 Handicap with 59.5kg) on September 1 and 16 last year.

Weeding has trialled Caliera Gem once this preparation – she ran second to Imperial Eagle over 845m at Wyong on March 12 – and is looking forward to taking her back to the races.

“She is still maturing, but has come back a stronger mare this time,” Weeding said this morning. “I was happy with her Wyong trial, and she has trained on nicely since.

“This is obviously the best race she has contested to date, but I’m confident she will run well.”

Weeding broke in Caliera Gem for her owners Sue and Pip Middleton and Lisa Clark, who purchased her privately as a foal, and is looking to the mare to continue improving to provide him with a chance to make his mark in town.

Having trained for only a few seasons, he has had only three city runners to date. All were the now retired Agent; the last being when unplaced at Warwick Farm on October 12, 2016.

“That’s the goal to get her into town,” Weeding said. “She has the ability, but she still has to do it. The next few runs, starting tomorrow, will give us a better guide as to her future.”

Weeding this season has trained four winners (his latest pacy mare Operose at the Yass Picnics on March 2), and Caliera Gem can equal his benchmark five last season (all on country tracks).

His other Hawkesbury runner is Tickets filly The Groupie ($81 for the 1100m Schweppes Maiden Handicap). She has raced only once, finishing sixth in a 900m Maiden Plate at Queanbeyan last November.

The Kris Lees-trained Asharani ($3.80), balloted out of last Saturday’s Group 3 PJ Bell Stakes (1200m) at Royal Randwick on the opening day of The Championships, looks one of the hardest for Caliera Gem to beat.

Brenton Avdulla will ride former Queensland filly Asharani, who was a game first-up winner for her Newcastle stable in a 1000m Class 1 run at set weights plus penalties at Kembla Grange on March 23 on heavy ground. The I Am Invincible three-year-old has raced only four times for two wins.

Hawkesbury trainer Scott Singleton has reverted to blinkers on Cyclonite ($41, Christian Reith). He will also put a cross over nose band on the gelding, who has been unplaced in three runs since resuming.

The War three-year-old, who won two (both at Orange) of his first three starts last preparation, wasn’t beaten far when a first-up fifth in a Canberra Benchmark 65 Handicap (1000m) on March 23.

“His condition gave out the last bit, and he is down 2kg tomorrow and has the inside barrier,” Widdup said this morning.

He will confer today with owners Darby Racing before committing Cry Of Achilles to a start against the Peter and Paul Snowden-trained Rome ($1.85, Blake Shinn), who will be a dominant favorite.

The two-year-old has been runner-up twice at Group 3 level, and was withdrawn from last Saturday’s Group 1 Inglis Sires' (1400m) at Randwick.

“Chia has run well at both her starts and is getting to a suitable distance,” Widdup said. “We’ll ride her positively in the first couple.

“Rare Episode has had the benefit of a recent nice trial at Wyong and is a big heavy horse who returns as a gelding. He has drawn the outside in a field of 10, but we’ll roll forward with only the one turn to negotiate.”

Rare Episode, a three-year-old son of 2013 Australian Guineas winner Ferlax, was purchased in New Zealand as a yearling not long after his sire had to be put down as a result of a paddock accident at Haunui Farm, where he had begun a short-lived stud career.

Rare Episode won two of his first five starts (both on soft tracks) and hasn’t raced since finishing fifth to Zidane in a Benchmark 70 Handicap (1100m) at Canterbury on November 30.

Widdup is considering backing up second emergency Purton, who has gained a start following the scratchings of Brown Thomas and Grand Bouquet.

Purton, a breakthrough Orange winner on March 24, finished sixth to the promising Julkis in a Class 1 Handicap (1400m) at Kembla Grange last Saturday.

“I wouldn’t normally back my horses up so quickly, but Purton is a good doer and one horse I could do it with. I’ll make a final decision in the morning.”

The rail is 3m out from 1300m to the winning post, and in the TRUE position for the remainder. A Slow 6 rating was posted this morning with an improving penetrometer reading of 5.16.