Trainers Mark Newnham and Brad Widdup might be rivals in Hawkesbury’s season opener on Thursday – but are in total agreement on one point.

The pair readily concedes that two-year-old races in the metropolitan and provincial area at this time of the year are not easy pickings.

Newnham starts Exceed The Stars (Blake Shinn, $3.70 on TAB fixed odds) and Widdup kicks off the career of Beachbreak (Tommy Berry, $17) in the Livamol 2YO Maiden Plate (1000m) in what shapes as an intriguing contest to launch Hawkesbury’s first meeting of the calendar year. 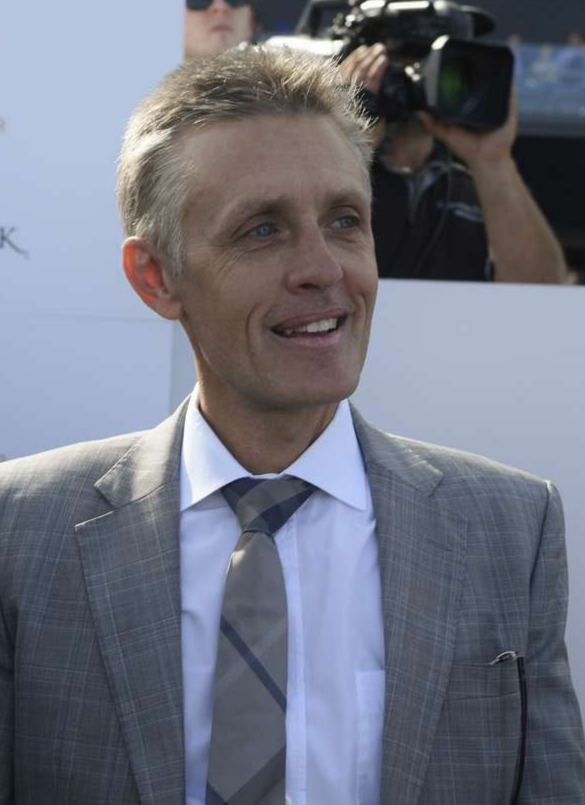 Star Witness colt Exceed The Stars is a second favourite behind Peter & Paul Snowden’s Aussie (Brett Prebble), who has drawn the rails and is the ruling $2.70 fav. Sebring filly Beachbreak is a recent Warwick Farm trial winner.

Aussie was a debut second to the promising Dawn Passage over 1000m at Royal Randwick on January 26 before a close fifth to I Am Immortal in a Group 3 Blue Diamond Prelude (1100m) at Caulfield on February 9.

“Every two-year-old race in the metropolitan area is strong at this time of the year because trainers have their best youngsters in work,” Newnham said this morning. “The Hawkesbury event is a perfect example; it’s a pretty solid race.”

Newnham had Exceed The Stars – a debut sixth to subsequent Magic Millions runner-up Dubious in the Breeders’ Plate (1000m) at Royal Randwick last September – on course for a crack at the Magic Millions (1200m) at the Gold Coast in mid-January until he suffered a setback.

“I had trialled him twice in December before he picked up a mild virus, and then didn’t trial him again until January 22 when he ran second in a 797m heat at Warwick Farm.”

Exceed The Stars started second favourite on resumption when fourth, after leading, to the highly regarded current Golden Slipper third favorite McLaren in the Group 3 Canonbury Stakes (1100m) at Rosehill Gardens on February 2.

“He has taken improvement from that race, and is down in grade at Hawkesbury,” Newnham said. “Hopefully, he can win and get some confidence from it. I’m sure he will run well.”

Widdup, whilst acknowledging tomorrow’s assignment for first starter Beachbreak is “very tough”, is looking forward to taking her to the races.

“Two-year-old races are never easy at this time of the year, but this is on her home track and she has an inside barrier and begins well. I’m not saying she will win, but she has ability and I’m happy with how she is going.”

Exceed The Star’s rider Shinn also partners Exclusive, whilst Josh Parr rides Canyonero and Rachel King has the Layton Abbey mount. Newnham has opted to put blinkers back on Pierro three-year-old Canyonero, who has been placed at six of his nine starts.

“He needs the blinkers,” he explained. “He has won nearly $100,000 prizemoney without winning a race, and this is his chance to break through. His recent fourth (January 28 over 1100m) at Warwick Farm was his first time as a gelding, and the 1300m tomorrow suits him better.”

“She doesn’t have the same ability as Nakeeta Jane, but I’m hoping to win another race or two with her before starting her second career (in the breeding barn),” Newnham said.

“Exclusive let us down (when favourite and seventh over 1150m) first-up on the Beaumont track at Newcastle last month after trialling well twice at Rosehill. I’m expecting a better performance from him tomorrow going up to 1400m.”

Widdup’s other runners on his home track – three-year-olds D’Oro Diva (Andrew Adkins, $101) and Lily Astolat (Koby Jennings, $14) – are both in the 1300m Maiden Plate against Canyonero.

Medaglia D’Oro filly D’Oro Diva is resuming after an unplaced Goulburn debut over 1200m last October and will race in winkers, whilst Camelot filly Lily Astolat, a 1000m trial winner on her home track on February 8, is making her debut.

“Both fillies are looking for 1600m,” Widdup said. “They have drawn awkwardly and we’ll ride them quietly and see if they can finish off and get into the money.”

The rail is in the TRUE position for tomorrow’s meeting, and the track this morning was rated a Good 4 after receiving only 2mm of rain overnight. The penetrometer reading was 4.89.