Paul Perry produced a cracking unraced youngster at Newcastle Jockey Club's Australia Day race meeting last Saturday and the master trainer has another promising sprinter on debut on Saturday at Newcastle. Last week it was the Dundeel two-year-old Pandano which stole the show in a 3.8 length debut win.

The colt will run in the $2 million Inglis Millennium at Warwick Farm on February 9. This coming Saturday, Perry will send a three-year-old Airwing, a son of super sire Redoute's Choice to the races for the first time. 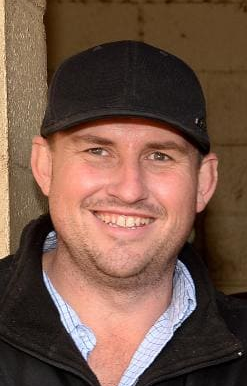 Airwing has very good trial form leading into the race and he looked good in an easy trial win on the Beaumont track on January 22. He shared the lead and when Grant Buckley gave him rein in the straight Airwing put three or four lengths on his rivals.

Buckley eased the gelding down in the final 100 metres and he won he trial by 1½ lengths. Stable foreman Nathan Perry said on Thursday that the stable expects a bold showing: “This horse is very fast, and he went super in his last trial.

"Airwing did win a trial in September but the penny has now dropped with him. It has taken him a while to mature and I am confident punters will see a smart horse on Saturday. He is a jump-and-run horse, so we will ride him for speed,” Perry said.

Airwing runs in the 900 metre Maiden Plate while Perry’s only other runner at Newcastle, Nothing Too Hard, will be hard to beat in the 1600 metre Class 2 Handicap.

The four-year-old came from last on the turn to win a Class 2 on this track on Boxing Day. He hasn’t raced since, but he has been kept up to the mark.

“He is working well and the fact he hasn’t raced for five weeks won’t bother him. Dad was going to run him a couple of times, but he drew wide.

"Nothing Too Hard was set to run at Canterbury on Friday night but when nominations were extended for this Newcastle race, Dad decided to run at home,” Perry said.

Wyong mare Judge Judi is set to improve on her impressive record when she contests the 1600 metre Benchmark 70 Handicap. The four-year-old is in her first preparation with trainer Kim Waugh and after a close second first-up at Kembla on January 3 she bolted in at Gosford on January 17.

Judge Judi’s record stands at three wins and four seconds from 10 starts. Andrew Gibbons rides the mare for the first time on Saturday.

Cessnock Cup winner Invicta fitter for two runs after a spell will pose a threat to the favourite. This is his preferred trip and Robert Thompson is back on board.

South Coast stayer Red Dubawi has bright prospects in the 1860 metre Benchmark 64 Handicap. The gelding was only 1½ lengths behind Gayatri when placed on the Kensington track on New Year's Day.

Last start Red Dubawi finished fourth 2.8 lengths away from Nahuel at Canterbury. The eight-year-old has been placed on this track in the past.

By Mark Brassel Gulgong galloper Kookabaa will lay down his claims for the last remaining berth in the $1.3 million ...
Read More

By Brad Gray Trainer Les Bride was the least surprised spectator at Randwick after Classique Legend rounded up his rivals ...
Read More

Easing Of Restrictions For Border Residents

Racing NSW today has announced the introduction of the easing of restrictions applying to residents of the border region of ...
Read More