What You Missed - Warwick Farm December 22

Moobi Sets Sights On Country Champs
"He's as good as I've had for a long time."

Those were the words of trainer Cody Morgan after Moobi confirmed himself a genuine contender for the Country Championships series with a determined win at Warwick Farm in the day's TAB Highway Handicap on heavy ground.

"He seemed a little bit over the top today but we've got 10 weeks now until the Country Championships heat at Tamworth so he'll have a short break," said Morgan.

"He has got a really good will to win and toughed it out. I was really confident until he paraded, I thought he paraded poorly."

Jockey Greg Ryan believes that Moobi is as talented as any of the current contenders for the Country series. The gelding made it three wins on the trot and has done so on the back of a 78 week injury-enforced break.

Sisu 'Never Felt Like Winner'
Punters held their breath over the final stages but the heavily backed Monsieur Sisu clung on to beat Astoria. Phew.

It was Jason Collett's third ride on the horse and the hoop marvelled at how much improvement there is in the four-year-old, despite being 10 runs into his career.

"He got to the 1000m and wanted to shy and run off so I got back down to the fence and squeezed him. Turning for home he never felt like the winner," said Collett.

"He is raw, despite the amount of starts he has had. He has the ability though."

Monsieur Sisu was found out at Group Three level two starts back but Collett believes the Paul Cave-trained gelding will make the grade eventually.

"I think he will in time get to that level but he still has to learn a bit," he said.

The Paul Cave-trained Monsieur Sisu clung on to the cheer of punters with Jason Collett driving the four-year-old to the line!

All Not Lost For Jack
Some of the gloss might have come off Kapajack after his boxing fifth at Warwick Farm but jockey Brock Ryan said the gelding wasn't happy on the wet track.

"He had a tough run from the barrier, not settling too well without cover and pulled himself to the corner. In the ground he wasn't 100% comfortable. He is still green but he has a lot of ability," said Ryan.

"He was lost in that ground and with all of those horses around him. I reckon eventually he'll be a blinkers horse but maybe next preparation."

Gongs won the first two races of her career and finally brought up win number three, with another brilliant James McDonald ride. A jockey right in the zone at the moment.

"She got a lovely run in the race, we got on the right back, traveled really well into the corner and she was tough towards the end. She had to dig deep, she got headed and had to pull out all stops," said McDonald.

Next Step For Zallate, Plus The Forgotten Mare
Jay Ford was quick to compare Zalatte to Unforgotten when he jumped off the filly last start and her autumn credentials will go on the line again when she steps out at Randwick on Wednesday. 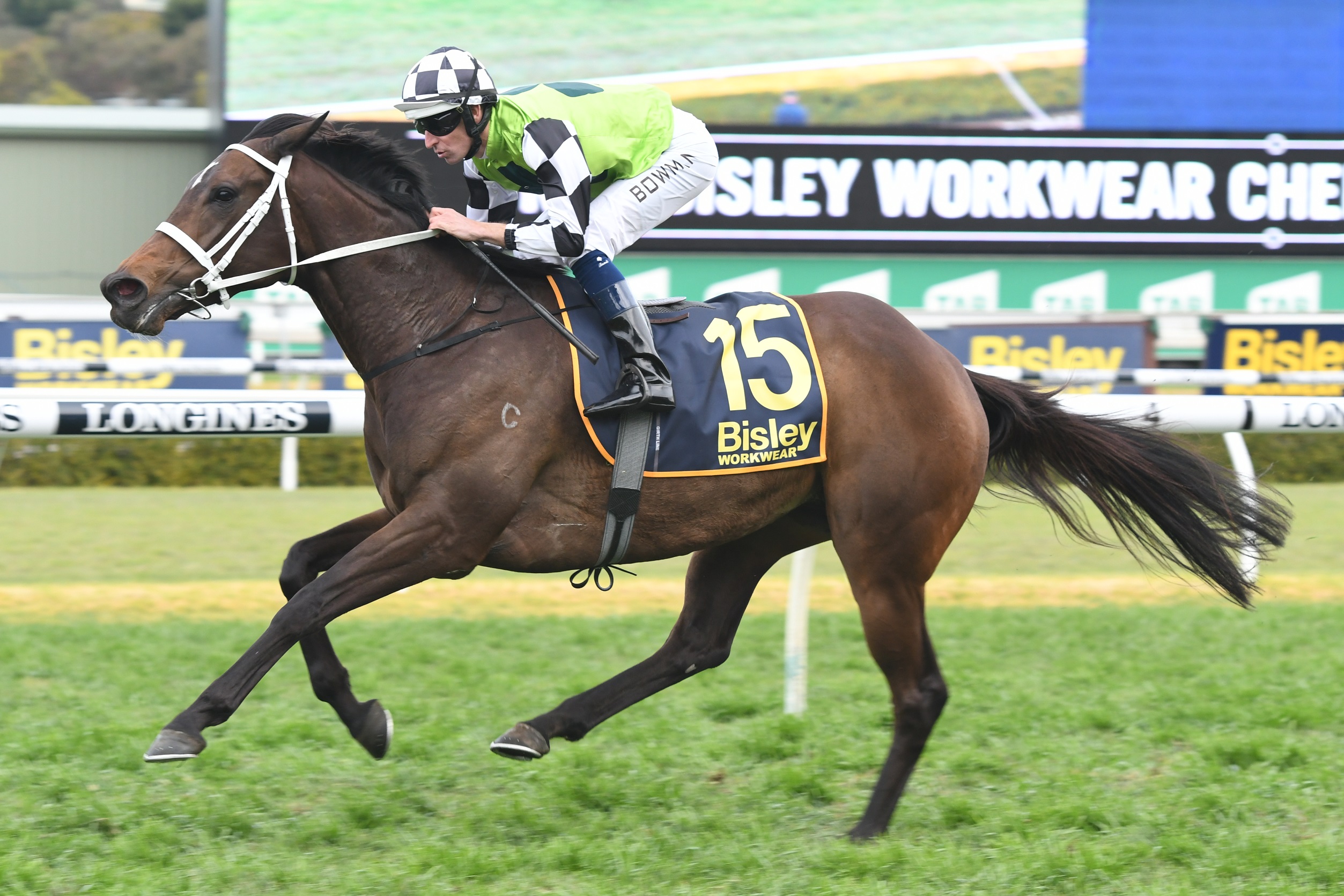 "This time of the year is great for getting horses up to the next level. If you turn them out after two wins and expect them to come back and be running in the lead ups to the Group Ones, you've got no chance," said Chris Waller.

"I want to continue taking her through the grades. Gain more experience, grow her confidence and then they can do what you've seen some great horses do, from my stable and other stables. Get them on that winning roll and they can end up being Group One winners."

As for Unforgotten, she is back in the stable with Waller revealing there was a genuine excuse for her below par last start effort.

"After last preparation I knew she wasn't quite right, we pulled up stumps quite early. She had a fractured rib, we did a stratigraphy (scan) on her, so that might have been holding her back. She found the Melbourne track too firm. She'll bounce back," said Waller.

Rider Confirmed For Alizee
In another tidbit, James Cummings confirmed that Hugh Bowman will ride Alizee in next Saturday's Listed Christmas Classic (1200m) at Randwick.

Check out all of the results and replays for Warwick Farm.