What You Missed - Scone May 11th

Libertini Destined For The Top

Libertini winning a Group One. It’s just a matter of when and where.

The star filly won the Listed Yarraman Park Woodlands Stakes (1100m) with a couple of gears still up her sleeve, having shown her versatility by sitting outside of the leader. 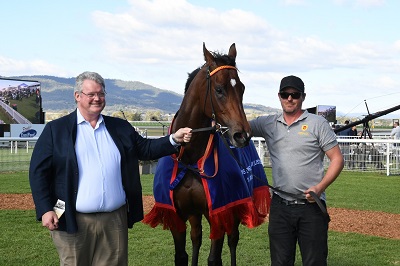 Punters Intelligence reveals an explosive 11.03s from the 400-200m gave nothing else a chance, before clocking 12.09s her last 200m when eased down, bettered only by the second-placed Regimental Band (11.95s).

“I’d be surprised if at the end of the day she wasn’t a Group One winner, and perhaps more than one,” said trainer Anthony Cummings, “She has had one of the best starts of any baby I’ve had.”

“She always had that sort of speed but we didn’t really want to use it in terms of educating her. We wanted to teach her to switch off.”

Tommy Berry added, “I worked her on Tuesday morning and said to (Anthony) she’d win with a leg in the air. She went around to the gates like a five-year-old, she is so relaxed.”

Libertini will head for the paddock now with Cummings eyeing off the spring’s Princess Series, which culminates in the G1 Flight Stakes.

Gai Uncovers US Jewel
Half way down the Scone straight it looked like imported mare Con Te Partiro would finish closer to the tail of the field than the front. 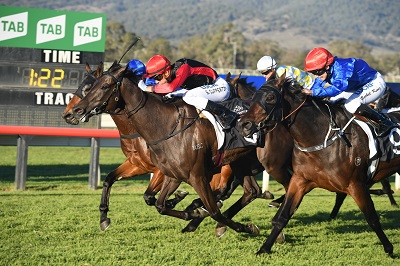 However, after being out sprinted the five-year-old Scat Daddy mare picked herself up to beat Savatiano in the G3 Arrowfield Dark Jewel Classic (1400m).

"It was a great performance," said Gai Waterhouse, "She was squashed up and she just (stuck her neck out) at the last little bit."

"She has been so quirksome, I said she either blows her brain in the mounting enclosure or she'll win the race. She is tough as teak."

Con Te Partiro, already a Listed winner over the mile in the USA, paraded very fit in the yard but will be better again as she gets out in trip.

Her win gave jockey Sam Clipperton the Scone feature double after he took out Friday's Scone Cup on Special Missile.

Military Still In The Zone
Wild Planet took control of the Inglis Guineas (1400m) from the outset, but where exactly was the race won for the Team Hawkes-trained three-year-old?

Punters Intelligence reveals that Tommy Berry managed to pinch soft 12.37s from the 800-600m which made the task of Military Zone near impossible.

Reginae responded positively to the quieter ride, running her last 200m in 11.43s even after striking trouble half way down the straight. Now fully fit, there is another win in the Kris Lees-trained filly around the corner.

Check out the results and replays for Scone's Saturday meeting.