What You Missed - Run To The Rose Day

Lurking In The Shadows
Just Thinkin' led from start to finish in the Listed Dulcify Stakes (1500m) but it was hard to miss the return of Shadow Hero smoking to the line late. 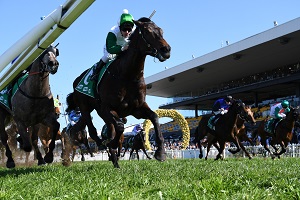 The winner controlled the race in the middle stages before slipping home his last 600m in 34.19s. Shadow Hero clocked the fastest last 600m of 33.59s, marginally ahead of Castelvecchio's 33.65s, however Shadow Hero was held up for a period down the straight.

Josh Parr said of Shadow Hero, "He's a very talented horse, he is going to eat up the ground as he steps up in distance. He was very strong long late off a speed that didn't suit a backmaker."

Jay Ford, meanwhile, was thrilled with the way Castelvecchio got to the line, "He never travelled at any stage, I was riding him from the get go and when they quickened at the 600m he was actually losing ground."

"Once he balanced, he made some really good ground late and had a good blow after the race."

James McDonald suggested that True Detective was more a sprinter than a miler, failing to get the trip.

Off And Running To The Rose
Exceedance had his colours lowered in the G2 Run To The Rose (1200m) but make no mistake, the first four horses home are exceptional three-year-olds.

The leader Hightail rolled through the race at an average clip before Bivouac, Yes Yes Yes, Exceedance and Kubrick all produced fast closing splits. Punters Intelligence reveals Exceedance still clocked 32.59s for his last 600m in defeat, the quickest in the race.

“They’ve run home in 33.11 so he was never going to win. I still think maybe a set of winkers or blinkers on him just to keep him a bit more focused would help," said Exceedance's jockey Tommy Berry.

"He is losing a length when they sprint around the bend and is dropping the bridle on us. In these better races up against good horses he doesn’t want to be doing that. He is going well, his run was great but he has got improvement there."

Removing the blinkers from Bivouac was a masterstroke from James Cummings, helping him settle, and turn the tables from the San Domenico Stakes.

Here’s Exceedance ahead of the Run To The Rose.

Can run sizzling closing splits and holds favouritism with @tabcomau at $2.30. pic.twitter.com/CUpsJrYJUR

You Aint Seen Nothin' Yet
We won't see Arcadia Queen again until October 19 in The Tab Everest.

That's the plan outlined by Chris Waller after the star mare made a winning return in the Theo Marks Stakes (1300m). 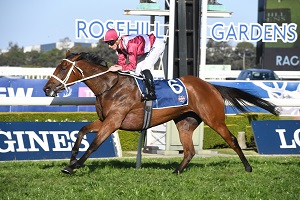 “I’ll have a good chat to (owner Bob Peters), he knows the horses better than me. Our plan was not to overrace her and I don’t want to take the speed out of her because we’ve got an Everest over 1200m. I don’t think she’ll be running again but I’ll have a chat to him," he said.

"They sent her over very early so we’ve had the whole prep to learn about her. We haven’t pressed the button on her, I swear. She’s certainly got a motor there."

“I’ve been watching Chris very closely over the last month with these good horses and he’s just trying to peak them for the right day. He hasn’t screwed this might mare down yet and there’s plenty more to come," said McDonald.

“She’s turned up in great order, she’s just ticked along beautifully and never really been asked to do much at home. Chris and his team have plenty to play with.”

Speaking of Everests...
Anthony Cummings has never been shy in testing the waters with his horses and he coyishly threw Mizzy's name into The TAB Everest mix after she won the Sheraco Stakes.

“Well I don’t know," answered Cummings as to what was next for the four-year-old, "Whether it’s good enough to excite anyone about an Everest, God knows but I’m really pleased to see her win and there are certainly more wins and better wins for her.”

Mizzy is of course eligible for the Golden Eagle, where she is a $26 chance with TAB Fixed Odds.

“She’s done a fantastic job. Great to see her turn up here today in good shape, have a great fight to the the line and get the result," said Cummings.

Tommy Berry praised Mizzy's fighting qualities and wouldn't be chocked to see off a Group One over the spring.

“She’s been in great form this preparation, she’s come back better. She’s (gone close in) Group Ones a couple of times, it would be nice to crack it this year," said Berry.

Check out the results and replays for Rosehill on Saturday.