What You Missed - Randwick July 20

Be On The Baron Next Time
War Baron is flying at the moment and once he gets out to the mile, look out. The two-year-old raced without much luck at Randwick. 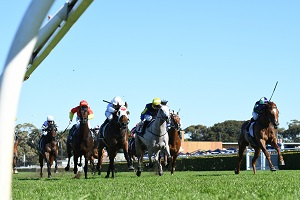 Sam Clipperton was left to lament what could have been.

"He ran really well, I couldn't get a run at them and wind him up but he hit the line strongly. He'll go around next start and be hard to beat," he said.

Take nothing away from the winner Excellent Proposal, however, with Punters Intelligence revealing a last 600m of 34.52s. That was two lengths quicker than the next best Mandela (34.85s).

On Mandela, although held up in the early parts of the straight, Tim Clark was left disappointing with what the two-year-old offered when finally clear.

"He had an okay run, they didn't go overly quick but when the gaps come he didn't explode," said Clark.

Excuses For Healing Hands
Healing Hands was found to have bled from both nostrils after his plain return in the TAB Highway Handicap which explains the favourite running ninth.

Prior to being made aware that this was the case, jockey Greg Ryan said the four-year-old felt like he wanted further than the 1100m.

"He is looking for 1400m already. It was always going to be a tad too short for him but we hoped he sprinted well fresh. He sprinted well in the trial but that took the edge off him, we'll have to try a few tricks to get him to jump better than that too," said Ryan.

As for the winner Irish Songs, Sam Clipperton said the three-year-old has the ability to make the transition into a better grade of races.

"He is definitely a better horse than a Highway horse, he is genuine Saturday grade and it was good to see him do it today because he has been unlucky his last two starts," said the hoop.

Out of the Highway, Healing Hands bled. BUT, it didn’t happen at the track. Per Marc Van Gestel, Gayna pulled the float over to put a rug on the horse and noticed significant blood from a nostril. Incurs a 3 month ban @SkyRacingAU

'Budding Star' Rolls Sir Elton
"She has come back a pretty special horse this preparation."

That was Chris Waller on Haut Brion Her having just watched the three-year-old put the previously unbeaten Sir Elton to the sword. It ensured Blake Shinn left Sydney a winner with the jockey bound for a stint in Hong Kong.

"It was nice to farewell Sydney a winner and I think she could be a budding star of the future," said Shinn.

"It was nice to see her measure up today against an untapped horse in Sir Elton. She won with authority and I didn't even draw the whip."

Hugh Bowman couldn't offer too many excuses for Sir Elton suggesting he may have come to the end of his preparation or was simply intimidated when the winner rolled up on his outside.

"He was beaten fair and square and I wasn't too disappointed with him, he just might have had enough," said Bowman.

"He tried hard, he is still inexperienced and the best is still ahead of him."

Sir Elton to make it four on the bounce?

Punters are very confident! He is $1.50 with @tabcomau now after opening even money on Wednesday pic.twitter.com/ZM9AQdfF3f

Kiamichi Surprises Berry
The blue army rolled out their stable stars at Rosehill's set of trials on Friday and Golden Slipper winner Kiamichi was one the the eye-catchers.

In a heat that also included Godolphin stablemates Alizee, Hartnell, Best of Days and Avilius the rising three-year-old more than held her own. It was the first time Tommy Berry had sat on her back and he liked what he felt.

"I thought looking at her she might just be a speedy squib without riding her, because that's what she has looked like. The two-year-old form you always have to be a little bit wary of it but she relaxed really well in her trial and extended late," said Berry.

"She surprised me how well she has come back."

Berry rode the track perfectly to the pattern of the day in the last at Randwick, getting Taniko home in the royal blue silks.

"The track drying out was to her benefit today and James (Cummings) found a great race for her," he quipped.

Check out the replays and results for Rosehill Gardens on Saturday.