What You Missed - Randwick August 3rd

Mandela Still Not Fully Firing
Paul Snowden knows there's eight cylinders in Mandela's engine but he isn't using them all yet. The opener at Randwick didn't go to script, with Mandela missing the kick, but the talented colt got his head down when it counted. 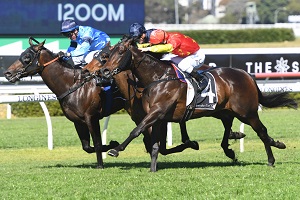 Mandela getting past Art Collection and Edison (Pic: Steve Hart)

"I've got no doubt he is batting on only four or five cylinders," said Snowden

"He certainly isn't applying himself, time will tell where we go with him now. We might go out for a break but he is a really nice horse going forward and if we can get to the bottom of him he'll measure up in better races.

"Any other horse, after his first start, would have been in the paddock and (gelded) so full credit to the team, we got dirty on him and that's why he was here today. We weren't going to let him get away with it because he has too much to offer. Mentally he is just nowhere near where he needs to be."

Art Collection successfully protested against Edison to run second having been tightened in the straight.

Punters Intelligence reveals that Mandela was the only runner in the field to break 35s for his last 600m, clocking 34.63s with the next best 35.18s (Art Collection).

Silver Lining For True Detective
It's no consolation to punters that dived into the shorts, but Tommy Berry expects True Detective to take plenty of benefit from the outing at Randwick having been slowly away.

"He jumped up in the air at the start and is still doing a few little things wrong but the positive out of today was that he relaxed really well and hit the line like he is looking for further, like we always thought he would," said Berry.

"He is heading in the right direction."

Peter and Paul Snowden went back-to-back in taking out the first two races of the season with Misteed getting the bob in on the line to beat the $1.65 favourite, further franking the form of  Haut Brion Her.

Punters Intelligence reveals that True Detective cost himself the race when rolling in half way down the straight with Berry forced to straighten the colt. He ran the fastest 600-400 and last 200m but Misteed ran 10.94s from the 400-200, compared to True Detective's 11s. If he maintains his momentum at that stage, he wins.

True Detective is the only one punters want here!

Now $1.65 with @tabcomau after just going down to Spend first up. He’s $26 in the Golden Rose. pic.twitter.com/YKjwRbFXAN

Roheryn Let Rip At Randwick
At the very skinny odds, Roheryn simply did what was expected of him at Randwick, and James Cummings said the four-year-old has a few grades to climb before races like the Golden Eagle would even be considered. 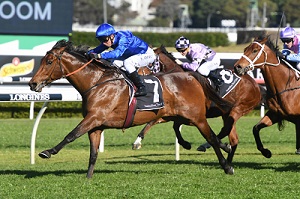 "He is a really talented horse and has beautiful acceleration, one of the most relaxed horses we have in the barn," said Cummings.

"The improving tack was in his favour but he just ambled up to them with that lazy, long stride he has and used his acceleration to put them away. He has got a lot of improvement in him but one race at a time.

"He’ll probably be a sprinter-miler but while he is still sprinting beautifully we’ll just leave it at that.

Punters Intelligence reveals a dominant 34.52s last 600m, which was three lengths faster than Improvement (34.98s). Gary Portelli was thrilled with the mare's return off a lengthy break.

Avilius To Tackle Winx Stakes
James Cummings has pencilled in the G1 Winx Stakes (1400m) on August 24 for the return of Godolphin star Avilius. 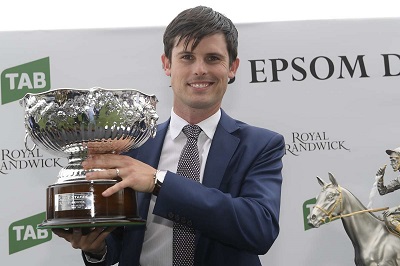 The six-year-old, on the back of two Group Ones in the autumn, the Ranvet and Tancred, will have another hitout in a trial on Tuesday ahead of the spring.

"We'll see him go through his paces and get closer to third and fourth gear in his second trial at Rosehill," said Cummings.

"He really looks good, he didn't look that well before he resumed in the spring he was a bit sunburned but he looks so well at the moment."

Avilius will meet the likes of Happy Clapper, Le Romain, Verry Elleegant and Dreamforce in the first Group One of the season.

Meanwhile, Cummings said punters can expect Alizee to be very forward ahead of next Saturday's G2 Missile Stakes.