What You Missed - Kensington 4 May

Looks Can Be Deceiving
The eye can often lie. Most punters would swear that Golden Tycoon went quicker than two-year-old Splintex in the early stages over their respective 1000m races but that wasn't the case. 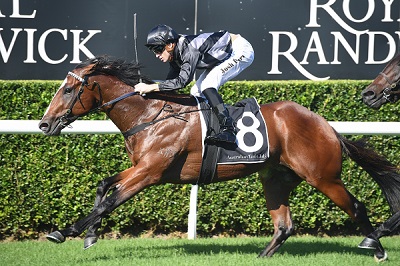 Punters Intelligence reveals that Splintex rolled through his first 400m and 600m splits about half a length quicker than Golden Tycoon, in the race won by Brook Magic, yet still found at the finish, running 33.24s his last 600m. The overall time of the two-year-old race was about 1.5L quicker than the older horses too.

The third-placed Aeecee Beau ran the fastest last 600m in the two-year-old event, clocking 33.07s. Look for the Waterhouse and Bott-trained youngster next time over a touch further.

"It was a good effort but the weight and being first up got him late. I felt the winner the whole race, it was just the last 50 metres," Owen said.

Nobu Dominant But Follow Duchess
It was a Chris Waller-trained trifecta in the 1800m event on the Kensington track at Randwick, led home by Nobu but you'll want to blackbook the second-placed Duchess Of Lennox.

Having her first start for Waller, formerly trained by Stephen Jones, she was a month between runs and coming off a Class 1 win at Scone.

"She is a lovely filly but very raw," jockey Kathy O'Hara said post race, "She'll take a lot out of that but she can take the steps to go to Queensland."

Racing manager Charlie Duckworth said the daughter of Reliable Man would now head to the Doomben Roses before a tilt at the Queensland Oaks.

"She ran a super race and was entitled to carry a lot less weight than what she carried today so the run has plenty of merit. She was sent to us in excellent condition," he said.

Remember what Waller did with promising country mare I Am Serious.

Duchess Of Lennox heading out for the next @royalrandwick with @Kathy_ohara on board.

Kapajack Washup Plus Williams' Milestone
Tommy Berry blamed fitness for the defeat of the well-fancied Kapajack but times say that the winner Zonk simply got it too easy in front. 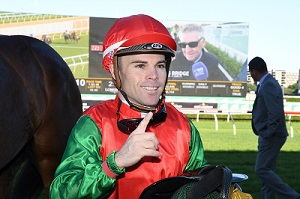 Kapajack only fleetingly looked a threat to all the way winner Zonk but was well held in the end. Punters Intelligence reveals the three-year-old gelding ran his last 600m in a very slick 32.79s.

"It was a terrific run," said Berry, "He sprinted well half way down the straight but felt the pinch late having had just the one trial going into it."

The victory of Zonk, first up off a bleeding attack, was the first Saturday winner for apprentice jockey Chris Williams.

"She improved lengths off her trial, she jumped a little bit awkwardly but traveled nicely and I didn't have to use her up too much early. Coming to the turn I gave her a little click and she pulled me all the way through, it was a good win," Williams said.

Her form received a further boost too. She finished second in the Kindergarten Stakes behind Bivoac, where Stronger ran fourth, franking the form by beating Accession at the Gold Coast in a Group Three.

"She has always been easy to like," said Cummings, " We haven't had to do much with her since last start, she is fit now."

Check out all of the replays and results from Royal Randwick's Kensington meeting.