What You Missed - Golden Gift Day

Summer Fling For Lucicello
Isn't Lucicello too good to be racing in a BM78? 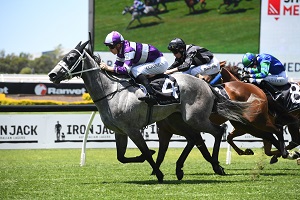 That was the curious question prior to the running of the opening race in Sydney, and the answer wasn't any clearer afterwards. The filly, as expected, proved too classy for her five rivals, but what lies ahead for the Group Three-placed three-year-old remains uncertain. It is expected, however, she'll now race through the summer months.

Punters Intelligence shows the speed was only moderate in the early stages before Lucicello displayed a turn of foot none of her rivals could match, clocking 33.19s her last 600m, which was 2.5 lengths superior to the next quickest.

"Jason Collett got her to the outside and that was the most important thing," said Chris Waller's stable rep Jack Bruce.

"She gets back, and once she can switch off she has a good finish. She only had a short break and  bit of a let up, Chris brought her back to target this race so it was good to get the win."

Doyle Rides The Current
There is roughly 17,000 km between Rosehill Gardens and Windsor racetrack in the UK, the last place where Humbolt Current and James Doyle were paired. 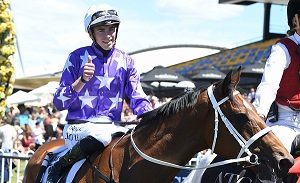 That was in July 2018. They clicked again on Saturday with the Humbolt Current producing acceleration we hadn't seen from the five-year-old over 2000m in his previous two runs.

"It's nice to be back and on a horse I know quite well from riding him back at home and the race couldn't have panned out any better. They went just an okay gallop which helped him get to the line," said Doyle.

Doyle will be in Australian until next weekend before jetting back home to the UK. I wouldn't be alone in hoping we see plenty more of Doyle in Sydney, being the outstanding horseman he is.

Cellsabeel Off The Clock In Gift
All honours to Dame Giselle but the debut of Cellsabeel was outstanding in the $1m Golden Gift (1100m) with jockey Robbie Dolan having to jag the filly back to last from the wide draw. 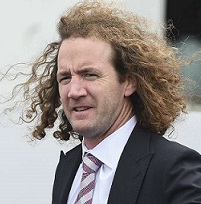 The second-placed See You Soon also rattled home from the back, instead weaving her way through the pack, and copping a check approaching the 300m. She clocked 33.28s, with a 10.86s, from the 400-200m.

Not to be outdone was the winner Dame Giselle, clocking 33.34s for her last 600m with a particularly strong last 200m of 11.21s, the quickest of the race.

As far as the early speed went, Malkovich and Blaze A Trail paired off in front, running along at a below average clip of 29.93s for the first 500m.

It Just Had To Be Clark
It was once the Breeders Classic, and now it's known as the Hot Danish Stakes (1400m), so it had to be Tim Clark to ride the winner given his affinity with the gun mare. 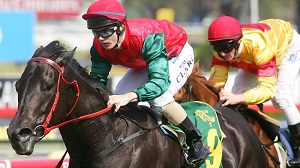 Clark rode Hot Danish in 25 of her 31 starts, including both of her Group One wins.

"It's nice to win a race named in her honour because she did so much for my career," said Clark.

Clark, on Saturday, steered Reelem In Ruby to victory in the $500,000 Group Two, with the four-year-old doing it easily in the end.

“She’s a gutsy mare and really gives her all. I thought I probably held on to her a fraction long the other day so I made sure I was there to make a move early and she was able to sustain a run right through the line," said Clark.

“They went quickly early and then just slowed up so I took the opportunity to pop out and get on the back of Pretty In Pink down the side. I settled a couple of lengths closer and was there ready to pounce in the straight. I had to have the horse underneath me to do it but she was great.”

Check results and replays for Rosehill Gardens on Saturday