For in-form Mitch Beer, a cracking track gallop off a scintillating Hawkesbury TAB Highway win and appraisal from James McDonald, guarantees Hardware Lane is in even finer fettle for Saturday’s Rosehill Gardens episode.

Upside is assured says Albury’s five-time Highway winning-trainer who has bright prospects for a double with Hardware Lane ($4.60 into $3.70 on TAB) and stablemate Mnementh ($26) in a Bowerman’s (C&G BM 78), after his super second to Listed sprinter Front Page in the Wagga Wagga Town Plate. 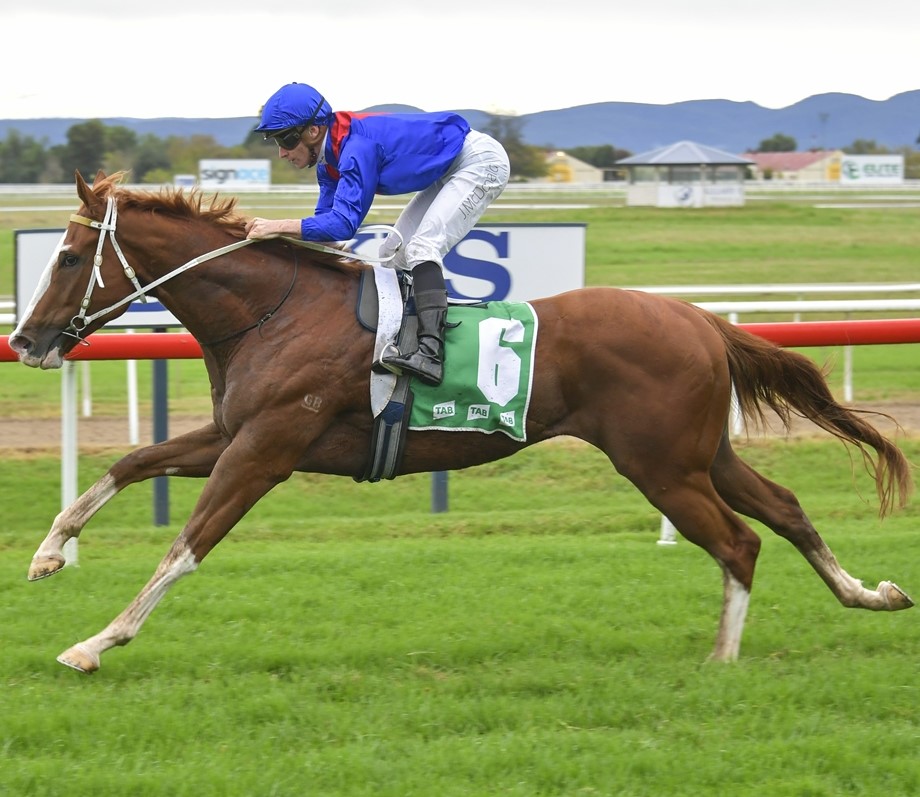 Hardware Lane, resuming at Hawkesbury with McDonald, won by a widening three lengths with something to spare.

So, the form and opinions around the pair is compelling.

Hardware Lane was also nominated for a Flemington straight race but has 58kg in Saturday’s $100,000 Class 3, 1200m for Tommy Berry.

He replaces Brisbane-bound McDonald for Zaaki.

Hardware Lane is only up a kilo for a runaway win and obvious improvement on rain-affected tracks where he excels.

“A set-back, a month between runs, James said the turn of foot to put them away says better races are in store and he went every bit as good with Mnementh on Tuesday morning - winning work,” Mitch enthused.

“Mnementh took lengths off Front Page in fast time. I know what price he’d be in their races. Front Page, will be hard to beat on weights in that Listed at Flemington on Saturday.”

Hardware Lane, a 'swimmer' is entitled to be favourite again after a big win on a Heavy 9. The gelding is raced in partnership with Beer and prominent owner-breeder Carl Holt who is also in the Zaaki ownership.

Hardware Lane missed recent racing and work with an elevated temperature. Earlier in his career Beer took him to Moonee Valley where he led and was competitive and Caulfield.

He went amiss for a Listed race to be ridden by McDonald on Cox Plate Day.

“He was showing he was up to it but went amiss and when we got him back he won that maiden by ‘six’ and ran time. They don’t do that in any race unless they’ve got a big motor; always had an opinion of him.

“But he’s had ongoing issues and took so long to get him right and to where he is now. His turn of foot is exciting.

“His work on Tuesday with Mnementh, couldn’t be happier. Mnementh bled during the Country Championships and had extended time out.

“We’ve had to change so much, we don’t always see the best of him.” But they certainly did in the Town Plate.

On Saturday, Mnementh with widely travelled Jason Lyon contests the Bowerman’s C&G BM 78. Mnementh can mix his form, incredulously third of six moderates at the Tocumwal picnics at $1.80 before an astounding second to Front Page at ($71).

Aside, the wetter the better for Hardware Lane: "He thrives on rain-affected tracks, tends to jar up on firm.”

Beer had planned to lead at Hawkesbury, but the speed inside him forced McDonald to take a sit and when the split came he burst clear.

“Typical J-Mac initiative and ride. Obviously in Brisbane for Zaaki, but we don’t lose anything with Tommy.”  Mitch is mates with McDonald as his family are cousins with the Mallyon family and McDonald’s partner Katelyn.

Meanwhile “The Gardens” is rated a Heavy 8 at present with clear weather, however, rain is forecast on Friday & Saturday.