Sydney Races And Winx On Top Of The World

Three Australian Turf Club races have been officially rated amongst the top 10 in the world, while Sydney’s mighty mare Winx was rated the equal world’s best racehorse with English galloper Cracksman at the Longines World’s Best Race and Racehorse awards in London overnight. 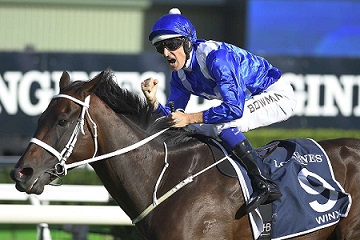 Winx has been in the top 10 of the Longines World’s Best Racehorse Rankings since 2015 and has been the highest rated filly/mare in the world since 2016.

“No other city in the world has three races in the top 10,” Mr Barkley said.

“These awards and race ratings highlight the great strength of Sydney’s world-class racing across a range of distances.

“Winx has provided Sydney with some unforgettable moments in racing and we are proud to see her officially honoured as the world’s best racehorse.

“Great credit should also go to Chris Waller and Winx’s jockey Hugh Bowman on keeping her at the very top of Australian, and now world, racing for so many years.

“Sydney is again about to celebrate some of these world’s best races at Royal Randwick and Rosehill Gardens.

“We are especially excited about the upcoming Sydney Autumn Racing carnival and the chance to see Winx race.”

Winx is expected to resume racing in the Group 2 $250,000 The Star Apollo Stakes at Royal Randwick on Saturday 16 February, where she will be aiming for a 30th consecutive victory.

The Group One Winx Stakes at Royal Randwick, Schweppes All aged Stakes and Mostyn Copper Group Randwick Guineas were amongst other Sydney races to feature in the top 100 list.

Happy Clapper, trained at Royal Randwick by Pat Webster and winner of the 2018 The Star Doncaster Mile, was the next highest Australian rated horse behind Winx at equal 14th, along with triple Group One winner Trapeze Artist, trained at Rosehill Gardens by Gerald Ryan.

The Longines World’s Best Horse Race award recognises the best-rated race of the highest-rated Group 1 international races as established by a panel of international handicappers.

The ratings of the top four finishers in each race serve as basis for the assessment.