The trek to the TAB Everest for Godolphin’s ‘second stringer’ Trekking has been a much smoother one than in 2019 and trainer James Cummings is warming to last year’s third placegetter as a real upset chance.

There’s no doubt that dual Group 1 winner Bivouac is the Godolphin top seed but the often underestimated Trekking has two Group 1 wins of his own, though in less sexy races, and this time hasn’t been rushed into the race. 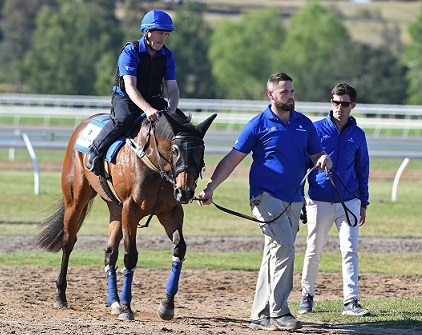 A year ago he won his place in the TAB Everest seven days out via the Schillaci Stakes, when the Melbourne Racing Club owned a slot which they handed to the winner of their feature Group 2 sprint.

But Cummings said the six-year-old, an eye-catching first-up second in the Group 1 Moir Stakes (1000m) last month, no longer has to prove himself and is a worthy contender in Saturday’s $15m TAB Everest (1200m) at Royal Randwick.

“Last year was interesting because we had to make everyone believe he was a good enough horse to be taking his position,’’ Cummings said.

“You’ll notice this year we have the horse second-up having raced in the Moir first-up and he didn’t need to go through that pressure of winning a Schillaci and hopping on a float and coming here to race seven days later.

“Maybe that might make a difference. While he screamed home with the other placegetters to run third, this year he’s a bit more mature and with that little bit more zest in his legs he might be the horse that it takes to knock off his stablemate.”

While Bivouac was the horse selected by Godolphin for their Everest slot, the Moir placing was enough for Max Whitby and Neil Werrett to snap up Trekking.

It's easy to forget that Trekking defeated Everest second favourite Gytrash in the Goodwood in Adelaide back in May, adding to his Group 1 Stradbroke win from a year earlier.

Josh Parr again rides Trekking, a $17 chance with TAB prior to the barrier draw, in the Everest while Glen Boss chases back-to-back Everests as the rider of Bivouac who was at $13.

Bivouac was the horse many considered Godolphin’s best chance of winning the Everest in 2019 but the race has been his sole focus this spring and he pleased Cummings with his first-up third behind Classique Legend in the Group 2 Shorts (1100m) a month ago.

Since the four-year-old’s first up placing he’s appeared in a barrier trial last Friday, with Boss on board, and cruised to an easy win.

“The boys were full of confidence in the horse that he could train on at four and tackle such a monumental assignment such as the Everest,’’ he said. 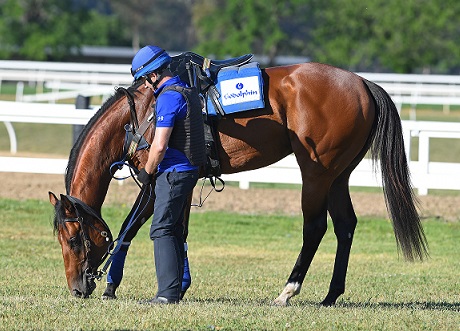 “He’s a healthy horse, we have him right where we want him.

“He was such an impressive winner of the Golden Rose as a three-year-old, he converted that with a win against older horses in the Newmarket in the autumn. Those sorts of performances put Bivouac well and truly into this race.”

Godolphin has had three runners in the TAB Everest to date for two thirds from Osborne Bulls (2018) and Trekking last year. Top mare Alizee finished seventh behind Yes Yes Yes.

Cummings said he can’t fault both Godolphin representatives for 2020.

“The staff have really done a tremendous job with them and the preparations of both horses have gone ahead without any hitches,’’ he said.

“The horses look lovely and relaxed, they came off the gallops fit and both horses now second-up into the race look ready to go.”