"Sit And Sprint" To Force McDonald's Hand On Le Romain

“Being only a small field, it shapes as a sit-and-sprint race,” Lees said. “That doesn’t suit Le Romain, who likes to wind into his races. 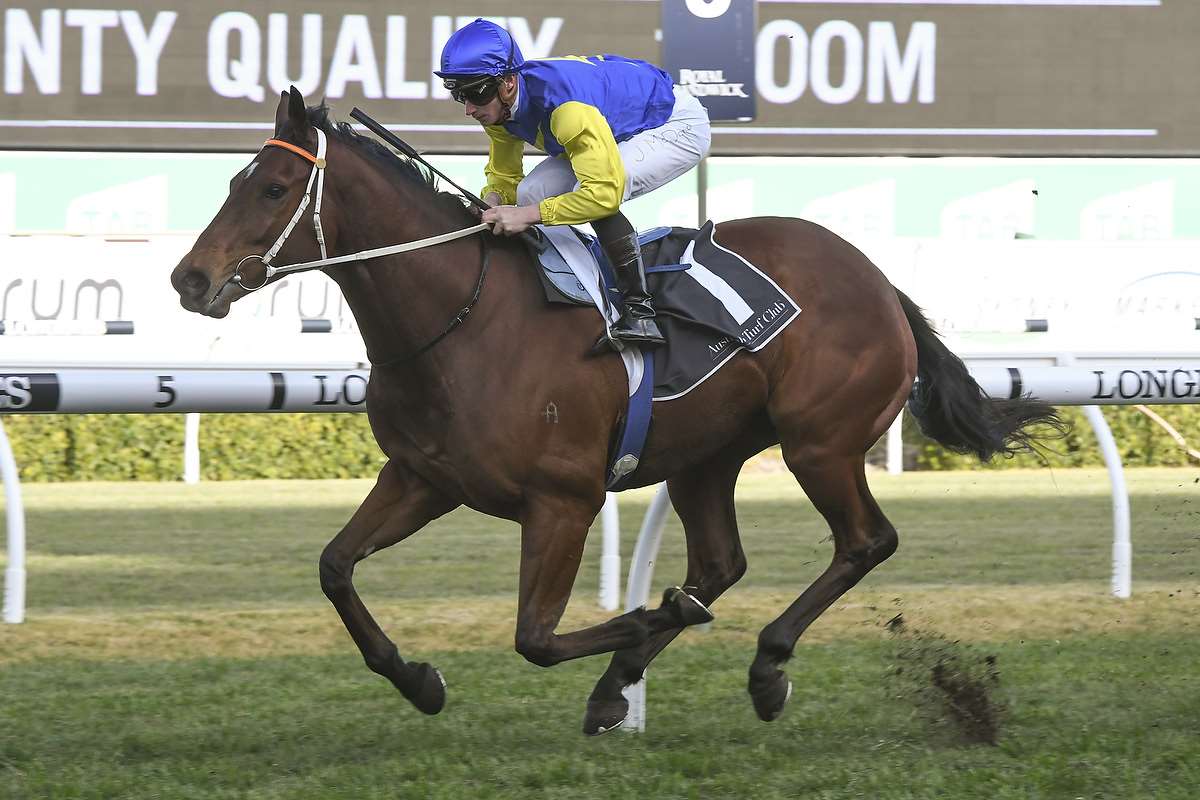 Le Romain in winning form with James McDonald aboard. Image by Bradley Photographers

“If there isn’t any speed on, I wouldn’t be concerned if James either took up the running or sat outside the leader.

“He crossed from an outside draw and sat outside the leader (and eventual winner) Redzel in The Everest at Randwick last October and finished a gutsy fourth.”

McDonald has ridden Le Romain only three times for a win and two seconds; one of them to wonder mare Winx.

The latest was when Le Romain was narrowly beaten by Best Of Days (to whom he conceded 5.5kg) in the Group 1 Cantala Stakes (1600m) at Flemington on November 3 last year – a race the gelding won in 2016, with Hugh Bowman up.

Lees has given him two trials – the latest when just caught by Vega Rhythm over 1000m on the Beaumont track on January 22 – to prepare for his return and is pleased with his progress.

“He won the Group 3 Show County Quality (1200m) first-up at Randwick last August with 61kg (with McDonald aboard), but being a bit older now, will no doubt take improvement from this race. Le Romain never lets us down and I’m sure he won’t do that on Saturday, either.”

Clipperton, back from a successful Hong Kong stint, also rides former New Zealand mare Milseain ($126), another to resume, in the Benchmark 88 Handicap (1200m).

“She was plainly disappointing last campaign when she over-raced, and I’ve kept her to a shorter race to hopefully prevent that,” Lees explained. “I’ve taken ear muffs off her, and she will wear them in the pre-parade only.”

Lees has only one representative at tonight’s Canterbury Park meeting, and has decided to put blinkers on much-travelled Zip A Dee Doo Dah ($8). He also accepted with topweight Our Gravano in the Benchmark 70 Handicap (1900m), but will rely on Zip A Dee Doo Dah (Robbie Dolan).

“Zip A Dee Doo Dah is not really a Canterbury horse, but hasn’t been far away at recent starts and I’m hoping the addition of blinkers will help him focus better,” Lees said.