It wasn’t that long ago, as recently as earlier this season, trainer Wayne Seelin wondered if his popular warhorse Isorich would win another race. 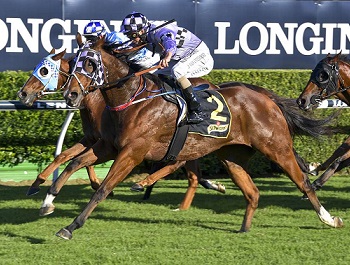 The nine year-old started 2019-20 with a winless run stretching back about two years but as the season’s end edges closer he’s chasing win number 15, and his fifth from his past 11 starts, at appearance number 114 in the Inglis Broodmare Sale 10 May Sprint (1100m) at Randwick on Saturday.

Seelin marvels at how Isorich has been able to return from the wilderness and, while he’ll be 10 years old soon, how he seems to be racing as well as ever.

“When he got to the 100th start I thought we’d be lucky to win another one but he just keeps showing up,’’ he said.

“I’ve had a few horses that have had a lot of starts but it amazes me he’s still going pretty much as good as ever.

“It doesn’t look like ending any time soon, you never know with racehorses but he just seems to still be enjoying what he does.

“He still lives in the same paddock, he doesn’t like any other one, he still comes to the fence in the morning waiting to go.

“He’s still enjoying it and he’s become a bit of a character, he’s just like a clerk of the course’s horse where you could just let him go and he wouldn’t leave.’’

Isorich's durability has brought back memories of John McNair's Mustard, who raced up to 14 years old until he was retired in 2012 after 131 starts and 17 wins. Of course rule changes now mean Isorich must pull up stumps at 12.

He cost just $7500 and has taken his owners, who include Seelin, on an amazing ride for seven seasons so far and earned $717,000 and counting.

At his peak, Isorich reached a rating of 95 after he ran third in the Listed Christmas Classic in 2017.

It had dropped to 62 back in October last year, after start 102, and that was when the gelding signalled his racing days were far from over with a gallant second at Wyong.

That was followed by successive wins at Wyong and Gosford, his first successes since the end of September 2017, and his rating has now rebounded to 75 with his recent Canterbury and Kensington wins.

“We’re lucky the way it works these days how you can make money while going backwards so he’s paid his way the whole way through,’’ Seelin said.

“But he seems to still love doing it that’s the main thing.

“He had a lot of bad barriers and wet tracks and I knew he was just whacking away and getting his benchmark points back but he never lost his zest for racing.

“If a horse can win Saturday races in (Benchmark) 90s and place in Listed races once you get back to 70s you do have a bit of confidence because of his class.’’

Isorich wins at Kensington on April 15

The gelding’s Kensington track win on April 15, where he sat off the pace and swept to victory under 60kg, saw him complete the full set of wins at Sydney’s five metropolitan courses.

It also meant he has to step back up in class for Saturday’s assignment, a Benchmark 78 where he’ll drop to 57.5kg after Jean Van Overmeire's claim, but Seelin says he’s can’t expect Isorich to do anything but hold his form and it’s just a matter of whether he’s good enough.

As usual, and despite a bit of a cult following, Isorich is considered an outsider at $19 with TAB but that’s something Seelin is used to.

“After all this time it comes down to your barrier and you’ve got to stick to your racing pattern,’’ he said.

“If he drew one or two he’d be just box seating whereas now we’ll be two or three back and one off the fence. I’m sure he’ll be trying.’’