In his month or so stint housed in a van parked at Royal Randwick, Gytrash’s co-trainer Gordon Richards has had all the time in the world to think about what it would mean to win Saturday’s TAB Everest. 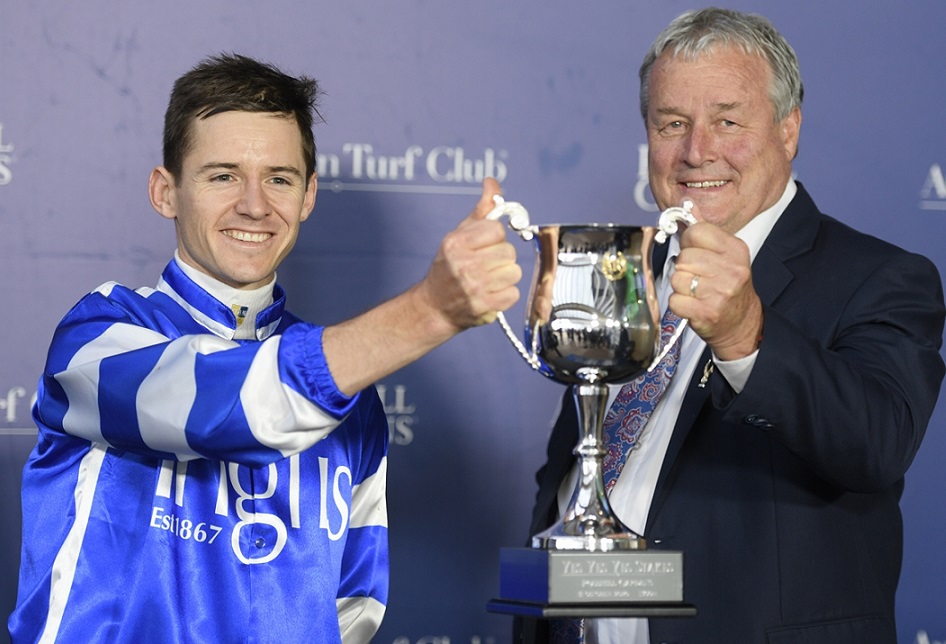 It’s safe to say nothing went wrong last year when the South Australian star won the Concorde, ran third in the Everest and won the Yes Yes Yes Stakes but Richards says the set up is better second time around.

And though Gytrash has to live with the eternal underdog tag, the trainer is more confident about his chances in the $15 million sprint classic in 2021.

“For Australian trainers I think this is the pinnacle, it’s the richest race on turf, it’s something to aspire to,’’ Richards said.

“We’ve had plenty of time to get him right. Last year I wasn’t sure what I was expecting, this year we know exactly what’s happening and we haven’t had a hiccup.

“We were disappointed last year when we ran third but that could be all forgotten on Saturday.”

Richards arrived in Sydney in early September with his wife Jacqui and their Cockatiel called Bobby and under Covid restrictions had to reside at Randwick but he was allowed to travel to watch Gytrash work at Warwick Farm.

That was probably a blessing in the sense it kept them busy rather than being holed up at the racecourse all the time.

Gytrash’s TAB Everest preparation is different in 2021 with his lead-up coming in the Group 2 The Shorts (1100m) instead of the Concorde and it told Richards and jockey Jason Collett they were right in the game.

It’s been well documented that Gytrash was badly held up for a run between the winner Eduardo and runner-up Nature Strip at a vital stage.

“The jockey was adamant he should have won or if he didn’t win there wouldn’t be much between the three horses,’’ Richards said.

“He pulled up so well from that and that was a month ago so we’re really happy. His trial since then wasn’t the best but that’s just him.

“He’s got a big motor, great lungs and a will to win. He switches up to another gear when he’s in a race, I don’t think he’s ever run a race where he hasn’t put in.

“That’s a big thing in his favour. And the wetter the better for him, that part is good.”

Inglis is again along for the ride with Gytrash and the six-year-old was $7.50 with TAB on Thursday.

Collett said Nature Strip and Classique Legend are the logical two best horses in the TAB Everest and will provide stiff competition but he said he’s also more confident this year than 12 months ago when he was relatively new to the horse.

“His performance, obviously unlucky, first-up showed he is back and reassured that confidence after that disappointing winter prep that he is back,’’ Collett said.

“As long as he turns up 100 per cent he is going to perform as he always does.”

Gytrash runs third in The Shorts at Randwick

There was some conjecture over whether barrier one is a plus or a minus for Gytrash but both trainer and jockey said they’d take gate one any day of the week.

Especially given the extreme likelihood of a strong race tempo.

“I think you can pick the three horses that will go hard early, that’s their pattern of racing and you can’t change that,’’ Richards said.

“I’m thinking we’re probably five or six lengths off the lead but when they're tiring in front at the end of a tough 1200m we’ll be finishing over the top of them.”

Collett added: “I was quite happy with barrier one, you know where you’re going to be. How the track plays is out of our hands but we will know by that race and with no rain on the day it will improve.”

All the fields, form and replays for Saturday's TAB Everest at Randwick