You always remember your first win at Randwick but in rookie trainer Robert Quinn’s case he’d dearly love it if Marakopa can stage a re-enactment and help him experience it in person on Saturday.

A month ago Quinn pulled off a massive upset when Marakopa streeted his rivals at $61 handing the Irishman his first city win. However, due to illness, he wasn’t able to be on course that day to celebrate. 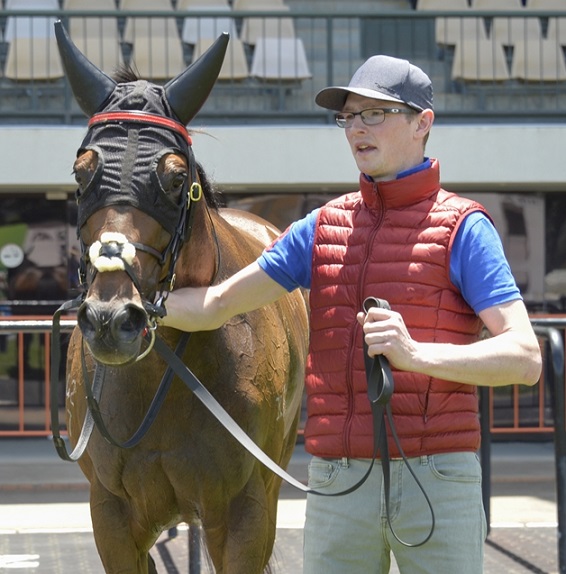 But after a plucky performance in the Group 2 Brisbane Cup, Quinn says the horse is in the right form to attempt a repeat of his Randwick heroics in Saturday’s Furphy Stayer’s Cup (2600m).

“He definitely jumped out of the ground and surprised us, that said we always thought he was up to winning one of those races,’’ Quinn said.

“And he’s gone on with it again and run a huge race (for fifth) in the Brisbane Cup.

“It’s been exciting. You start off with low numbers and you build it. It’s been good fun.

“Obviously you have to work so hard in this game because the bar is set so high, especially in a place like Sydney. People are genuinely happy for you when you get results.”

Marakopa, a former Chris Waller trained gelding, was picked up by Quinn for just $14,000 and has earned over $120,000 in the past 16 months – more than half of that in his Randwick win last month.

Quinn, 39, stands at 6 foot 2 so on face value it would surprise many that he is a former jockey, though he says being tall isn’t uncommon for jumps riders in the UK.

When nature eventually got the better of him he moved to Australia and eventually took out his license just on two years ago to train a small team at Warwick Farm.

“Back home you see plenty of tall guys riding over jumps,’’ Quinn said.

“I grew up riding with Shane Jackson and Richard Cully, I was always battling with the weight being so tall.

“I came out here, rode trackwork, bought and sold some horses and did some breaking in and just graduated to getting my trainer’s license.”

Marakopa had been beaten six lengths in a Benchmark 66 at Muswellbrook six days before his runaway Randwick win but, as easy as it is to say after the race, Quinn said there were excuses that day and he was convinced the horse was going well.

“We really fancied him to win at Muswellbrook but it was very shifty ground and carried a big weight (60.5kg),’’ he said.

“He couldn’t make any ground that day but he pulled up so well so I said to the owners ‘let’s go around’ as he was only going to have a feather weight.”

It’s safe to say expectation in Marakopa heading into the Stayer’s Cup is higher, particularly from a market perspective as he was $6 with TAB on Thursday, but Quinn sees no reason why he won’t hold his form.

While the 2400m event the five-year-old raced away with four weeks ago was on a heavy track he proved he’s in a good place in the Group 2 Brisbane Cup on a good track over two miles.

“He’s handled good tracks before but all his best form is with the sting out a bit,’’ he said.

“It’ll be winter ground and we’re of the opinion if he can run up to his last two runs he’s going to be right on the premises. He came back from Brisbane bouncing so we’ll keep going forward.

“He’s mixed it with most of these horses before so if he runs up to those runs he’ll be right there."

Marakopa wins at Randwick on May 28

Quinn’s talented mare Sally Pops has been back in work for over a month and, with a view to getting her into the $2m The Big Dance later this year, he has a few Country Cups highlighted in the calendar.

The four-year-old won a Provincial-Midway Championships Qualifier in March before finishing unplaced in the Final on Day 2 of The Star Championships.

He’s adamant she has the ability to win a Saturday race and given how well she’s returned from her break it wouldn’t shock him if she’s up to something better.

“We’d like to maybe aim her at a Country Cup, she’d get a light weight,’’ he said.

“I know we’re running out of time now but if there was one left and she could have a stab at qualifying for the Big Dance that’d be fantastic.

“She rose to a new level qualifying for the Championships, she’s shown in her work she’s rising up again.”