"Quiet As A Lamb" - Grey Is Ready To Become A Legend

The accomplished Hawkesbury horseman breaks in between 70 and 120 horses each year – and counts top $15m The TAB Everest fancy Classique Legend among them. 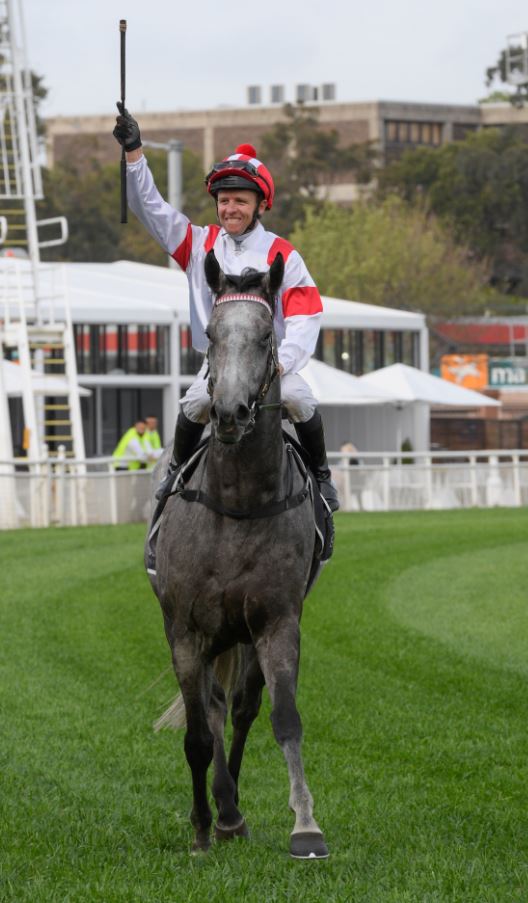 “He came to me as a late yearling, and my first thoughts when he arrived at our place were that he was a lovely big horse,” Vella said yesterday.

“There was no trouble at all breaking him in. He was as quiet as a lamb.

“He was gelded after he was broken in, but had a few little issues and it was hard to tell at the time how good he might be. I guess he snuck under our radar.”

Not for long though. Vella, who manages Sir Owen Glenn’s magnificent Glenn Haven Farm property adjoining Hawkesbury Racecourse and trains a number of horses for him along with his breaking-in duties, has played an important role in Classique Legend’s progress to the top echelon of sprinters.

He has pre-trained Classique Legend on several occasions before the gelding returned to work for each campaign with his trainer Les Bridge at Royal Randwick.

“Classique Legend trialled for the first time at Hawkesbury in February last year, and Kerrin McEvoy came out to ride him,” Vella recalled.

“He won the trial and clocked easily the fastest of the three 1000m maiden heats that day, and his time (58.98 secs) also was faster than the open trial winner over that distance.

“Twelve days later he won on debut on the Kensington Track over 1100m, and at his next start won again (this time by six lengths) over 1250m on the same track.”

At only his fourth start, Classique Legend won the Group 2 Arrowfield 3YO Sprint (1200m) at Randwick in April last year during The Championships.

The flashy grey didn’t have the best of luck when sixth to three-year-old Yes Yes Yes in last year’s third renewal of The TAB Everest, and fate intervened to give him another shot at capturing the world’s richest race on turf on Saturday.

Owner Bon Ho had intended to take him to Hong Kong to race, but the COVID-19 pandemic put paid to those plans – and he stayed in Sydney with Bridge.

Vella was asked by Ho’s Australian representative Carmel Size to attend Tuesday night’s barrier draw – and again he played a key part in the lead-up to Saturday’s assignment.

“Kerrin (McEvoy) wanted barrier six, and that’s what I got,” Vella said. “It worked out perfectly.”

So why will Classique Legend be hard to beat second time around? “He’s a lot bigger and a lot stronger now,” Vella said. “They’ll know he’s there for sure.”

Unfortunately, Vella won’t be trackside on Saturday to cheer the big grey on as business calls.

“I’ve got a draft of young horses (two-year-olds) that I have prepared up to gallop stage for the Ready2Race sale at Inglis’ Riverside complex at Warwick Farm on Tuesday and will be there with them for the next few days,” he explained.

“But I’ll find a TV somewhere to watch the race. There’s no way I would miss it.”

By Ray Hickson Trainer Bjorn Baker says a top three finish would be an ideal start to Hide Your Heart’s ...
Read More

By Ray Hickson Trainer Matthew Dunn is expecting consistent sprinter Snitz to make a positive start to his campaign at ...
Read More