All eyes might be on champion mare Winx but champion trainer Chris Waller has a big team of runners right across the Randwick meeting. He offers an insight into some of those.

"She was brilliant on debut and should improve. She is taking on the boys though and it is a competitive race. We have got quite a few two-year-olds coming through in the next couple of months so we need to start getting them out. It's a conscious effort to spread them out." 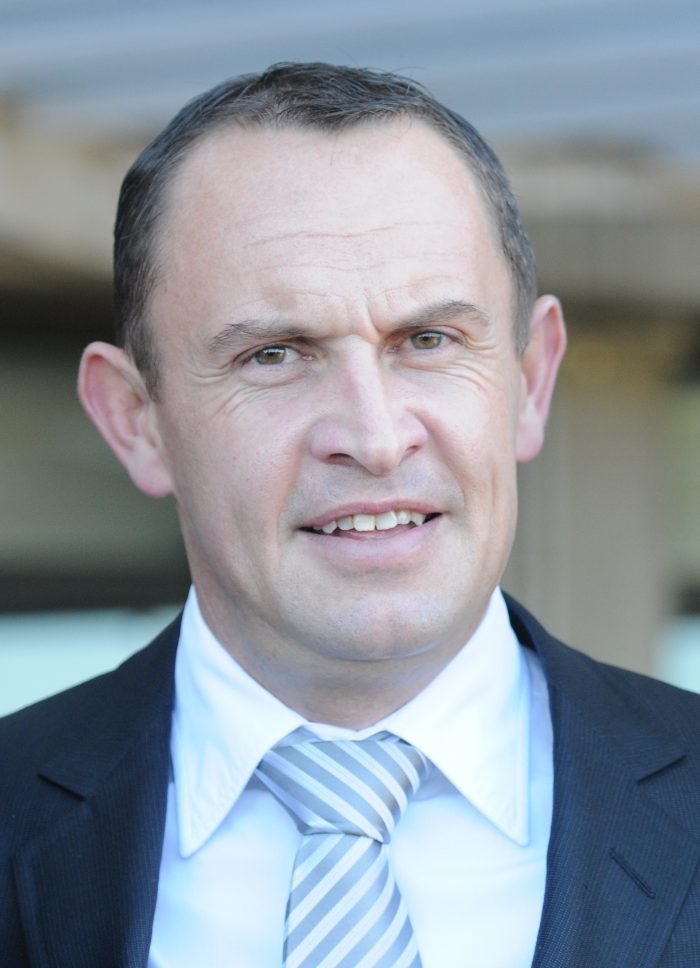 Gayatri (Race 3) -$1.85 TAB Fixed Odds
"She has come through her last start win without any problems and I am looking forward to stepping her up to 2400m. She has drawn very awkwardly but fortunately racing at Randwick might allow her to be able to settle with some cover without being in an impossible position."

Noire (Race 5) - $10 TAB Fixed Odds
"She has come back really well. The 1200m is a touch short but it is a nice starting point. She is a serious Coolmore horse. She is a better horse with time, she is five but is a year behind other horses and is mature now."

Patrick Erin (Race 6) - $251 TAB Fixed Odds
"He has come back well and the Sydney Cup looks the logical target for him. Forget his age, he still has some dash about him and is Who Shot Thebarman reincarnated. He'll be sharp and although he might run last, it will be a good last."

Brimham Rocks (Race 6) - $151 TAB Fixed Odds
"He is a good horse. He went down to Avilius by half a length. I'm disappointed he didn't run in the Melbourne Cup because he would have been right there. The BMW is a perfect race for him and he'll go Chipping Norton, Sky High to get there."

Tom Melbourne (Race 6) - $34 TAB Fixed Odds
"He has come through the race well but Saturday is going to be tricky for him because he might get left in front. Hopefully there is some speed to give him some cover because that's what he got last start. He was able to relax, do things right and finish off. We'll try not to lead but if he has to lead, we won't be fighting him."

Unforgotten (Race 6) - $26 TAB Fixed Odds
"She had a cracked rib (in the spring). She didn't quite fulfill the final part of her preparation but she'll bounce back. She looks like she has come up really well but is a hard horse to get a gauge on, she doesn't show a lot in trials but turns up on race day."

Egg Tart (Race 6) - $81 TAB Fixed Odds
"She is a much better horse in the autumn than she is in the spring, every preparation. She goes well fresh."

Melt (Race 7) - $17 TAB Fixed Odds
"It will be interesting to see how she measures up. She has been with us for two months and looks pretty talented. I think she is a 1200 to 1400m type of horse so against the Australian horses, you'd probably suggest 1400m would be better for her but Saturday will tell us where she fits in."

Madam Rouge (Race 7) - $19 TAB Fixed Odds
"This is a horse that will really jump out of the ground this preparation. She did a good job at the end of the spring and I'm looking forward to her coming back."

Girl Tuesday (Race 9) - $3.60 TAB Fixed Odds
"She pulled up fine (after her first up failure). She has come back a bit heavier and while she didn't look fat, she had a good blow. It was the softest track she has run on too. Getting her to a Randwick mile on a firmer track will be more suitable."

All the fields, form and replays for Saturday’s Royal Randwick meeting