Portelli Blessed With Promising Pair In The Nursery

Trainer Gary Portelli can’t work out why there’s such a huge difference in price between his Inglis Nursery runners Already Blessed and Dismissal.

A Wednesday morning track gallop, which Portelli shared on social media (see below with Dismissal on the inside), showed the two youngsters hitting the line together yet Already Blessed is a $10 chance and Dismissal at $51. 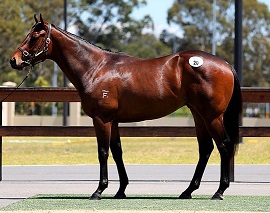 Portelli believes the fact Already Blessed is a trial winner, the colt scored easily at Hawkesbury last week, and that he’s drawn to be more prominent, is the reason but he refuses to dismiss the filly Dismissal.

“He's drawn the gate to get every chance,’’ Portelli said.

“We've been teaching him to come from behind in trackwork, he jumped in front the other day in the trial and there was nothing we could do about it.

“Rachel (King) said he jumped that far in front he waited for them, he gives a great feel and is a real powerhouse.

“If they go quick (Dismissal) will be there gathering them in late, I think she is a really good each-way chance. There's not much between them, one’s 50/1 and the other is in the market.’’

In unpacking the pair’s credentials for the $500,000 Inglis Nursery (1000m), Portelli said Already Blessed has needed some re-education having been purchased at an Inglis Breeze Up sale by Darby Racing in late October.

On the same day Already Blessed was sold, Dismissal trialled strongly at Warwick Farm but hit herself in the gallop so Portelli refocused her on Saturday’s race and she had a second trial hitout at the December 5 session where the colt had his only trial.

“The filly ran a great trial behind See You Soon and was a bit underdone going into her Hawkesbury trial because I gave her a let up after that prep for this race,’’ he said.

“She was a bit ordinary late in the trial but she had a big blow so I reckon she has come on from there and based on what I saw Wednesday morning she is ready to go.

“They ran home the last furlong in 10.77 so they were fairly hiking out wide.

“I think she has more developing to do, she's a work in progress and I think we'll see a better three-year-old. The colt will improve too, being a breeze up horse we had to do some re-education and he came from Melbourne.’’

Portelli won the Inglis Nursery three years ago with She Will Reign who of course went on to win the 2017 Golden Slipper in the Darby colours.

Already Blessed sports the same silks and Portelli suspects if there’s a horse that could really jump out of the ground in the Nursery it’s him.

“We're hoping to see something special on the weekend from him,’’ he said.

“He's giving every indication, and if he was to win I'd be the last person surprised but I feel there's more upside to him because he's in an educational phase.

“It’s a great turnaround for the owners, buying a horse and then six weeks later racing it and it’s one of the top chances.’’

Meanwhile, Portelli said Strome came through her luckless second at Rosehill last weekend in good order and is taking her place in the Heineken 3 Handicap (1600m) where she’s $4 favourite with TAB.

Strome clocked 34.19 for her last 600m (Punter’s Intelligence), clearly the race’s fastest, as she tried in vain after being held up for runs to cut down Toryjoy.