The old saying goes ‘weight can stop a train’ but trainer Mark Newnham says he won’t be using weight as an excuse if a reborn Quackerjack is beaten at Randwick on Saturday. 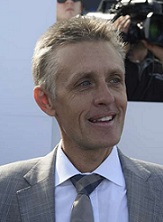 In two runs as a gelding Quackerjack has shown Newnham his true colours and he’s confident they will be on show in the Candana Bathroom Ware Handicap (1500m).

After a last start third in the Group 3 Hawkesbury Guineas, three-year-old Quackerjack is asked to carry 59.5kg and give weight to four-year-olds.

“I’ve got no worries about him carrying weight, he’s a strong animal and weight isn’t going to bother him,’’ Newnham said.

“His racing style suits a horse carrying weight because he can get up on the pace. It seems to anchor horses more when they are giving a start and giving weight.’’

Prior to being gelded Newnham described the horse as ‘all or nothing’ and his mixed form reflected it but he’s now racing and working consistently.

It’s been a month since the Hawkesbury Guineas, where he was brave after riding a solid pace, and Newnham said he’s just been waiting for the right race.

Many would notice he was nominated for the Scone Cup earlier this month but Newnham decided against it and sent him to the trials to keep his fitness up.

“If he’d have run a place he’d have been handicapped accordingly and you cost yourself winning races,’’ he said.

“I decided we are better to wait for this race where he is well graded and he likes Randwick.

“Since he’s been gelded he’s paraded well and run up to it, his work is more consistent and he’s more relaxed in his work.

“His two runs have been as good as you could ask, he’s run to his best both times. His trial would suggest he’s maintained that form and his work this week suggests he’s maintained it.’’

If Quackerjack is in the finish at Randwick, he’s $5 second favourite with TAB, he’s likely to head north for the Queensland Guineas.

On his two mares in the Wilson Asset Management Handicap (1200m), Newnham says Sweet Victory ($31) will be better for the run while he’s hoping changes to Gilbraltar Girl’s ($61) training will spark her up.

Sweet Victory only managed one placing in four starts last campaign but the trainer is confident she can return to form in the winter, but over a bit more ground.

“She was finding the tracks a bit firm, she wasn’t quite running to her best so she is better off at this time of year,’’ he said.

Quackerjack's second in a Rosehill trial on May 13

“She is coming up well, her trials have been good. I think she might find the 1200m a bit sharp but she can step straight up to 1500m in three weeks.

“Anywhere from second-up onwards I‘d say she will be competitive.’’

Gibraltar Girl hasn’t won for over two years and her racing days may be numbered but Newnham said on her work she should be running well.

“We’ve tried a few different things with her this prep, keeping her work shorter and sharper,’’ he said.

“Her first-up run (at Hawkesbury) was a pass mark I thought, but back in grade and back at Randwick she’s got to show up. But mares at her age will go one way or the other.’’

Meanwhile, Group 1 winner Nakeeta Jane will return to Newnham’s stable in the first week of June to prepare for her spring campaign.

The rising four-year-old came from last to finish midfield in the Group 1 Coolmore Legacy on Day 2 of The Championships and her spring will include the Epsom Handicap third-up and probably the inaugural $7.5m The Golden Eagle at Rosehill in November.