Trainer Joe Pride is being very deliberate about setting Group 1 placed sprinter Easy Eddie for some of the new feature races in NSW this spring carnival. 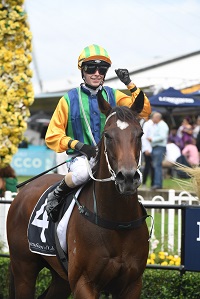 It’s a low key kick off to that preparation for Easy Eddie in the Iron Jack Handicap (1000m) at Warwick Farm on Monday and Pride stresses it is a starting point before he returns to the top level.

“Whenever something is new there’s always a window of opportunity for someone, and I want that someone to be me,’’ Pride said.

“It looks a funny start to the prep doesn’t it, you think ‘what the hell is he doing in this race’.

“He’s never won first-up and he generally needs a run, and he’s actually coming off the longest spell I’ve ever given him.

“What I didn’t want to do was run him in the Premiere, he’s not ready for a gut busting run against good horses.

“If he wins good luck to him, he can win because I think he’s flying but I also know he will improve with a run under his belt.’’

Easy Eddie hasn’t raced since the Doomben 10,000 back in May where he put in a rare poor performance but as Pride alluded he feels like the horse is in super shape for the spring.

He's had two barrier trials, winning the latest at Warwick Farm on September 24 with Robbie Dolan in the saddle.

The five-year-old, $3.40 with TAB, does have 61.5kg to contend with after Dolan’s claim but will likely only have four rivals and Pride said if he is beaten it won’t be the weight.

“I’ll never forget the day I saddled up for John Size at Randwick one day, a horse called Stanzaic and he had 64kg,’’ he said.

“Brian York didn’t move a muscle on him. Right there and then I was convinced if they were good enough they’ll carry the weight.

“He rarely misses a place, he’s a bit like Ball Of Muscle at the same point. He is going to get better with age and doesn’t know how to run a bad race.

“For me it’s not about winning it’s about him returning well and if he wins it’s a bonus.’’

Pride is more hopeful than confident about his other Warwick Farm runners He’s Imposing, in the ANZ Bloodstock News Handicap (2130m), and Tahsin who is first-up in the Frosted @ Darley Handicap (1200m).

Easy Eddie wins a trial at Warwick Farm on September 24

He’s Imposing has won two from 17 and comes off a third placing over 2300m at Newcastle on September 20.

“I’ve always had a good regard for He’s Imposing but he’s disappointed me. I had an expectation he was going to be winning city staying races but he hasn’t done it yet,’’ he said.

“Tahsin is a good, genuine, honest horse but he will probably want the run fresh.’’

Meanwhile, Pride will trial his Golden Eagle hopeful Fasika on Tuesday at Warwick Farm and the four-year-old will then back up four days later in the $500,000 Silver Eagle (1300m) at Randwick.

The first three home in the Silver Eagle earn exemption into the inaugural $7.5m The Golden Eagle (1500m) at Rosehill on November 2.

All the fields, form and replays for Monday's Warwick Farm meeting